CORONATION Street’s new family The Baileys will arrive in Weatherfield next week and head of the clan Ed wastes no time in winding up new neighbour Ken Barlow.

Ken – Corrie royalty Bill Roach – and Mary Taylor watch on in sadness as Ed arrives and begins to clear the contents of No.3 – Norris Cole’s old home – into a skip. 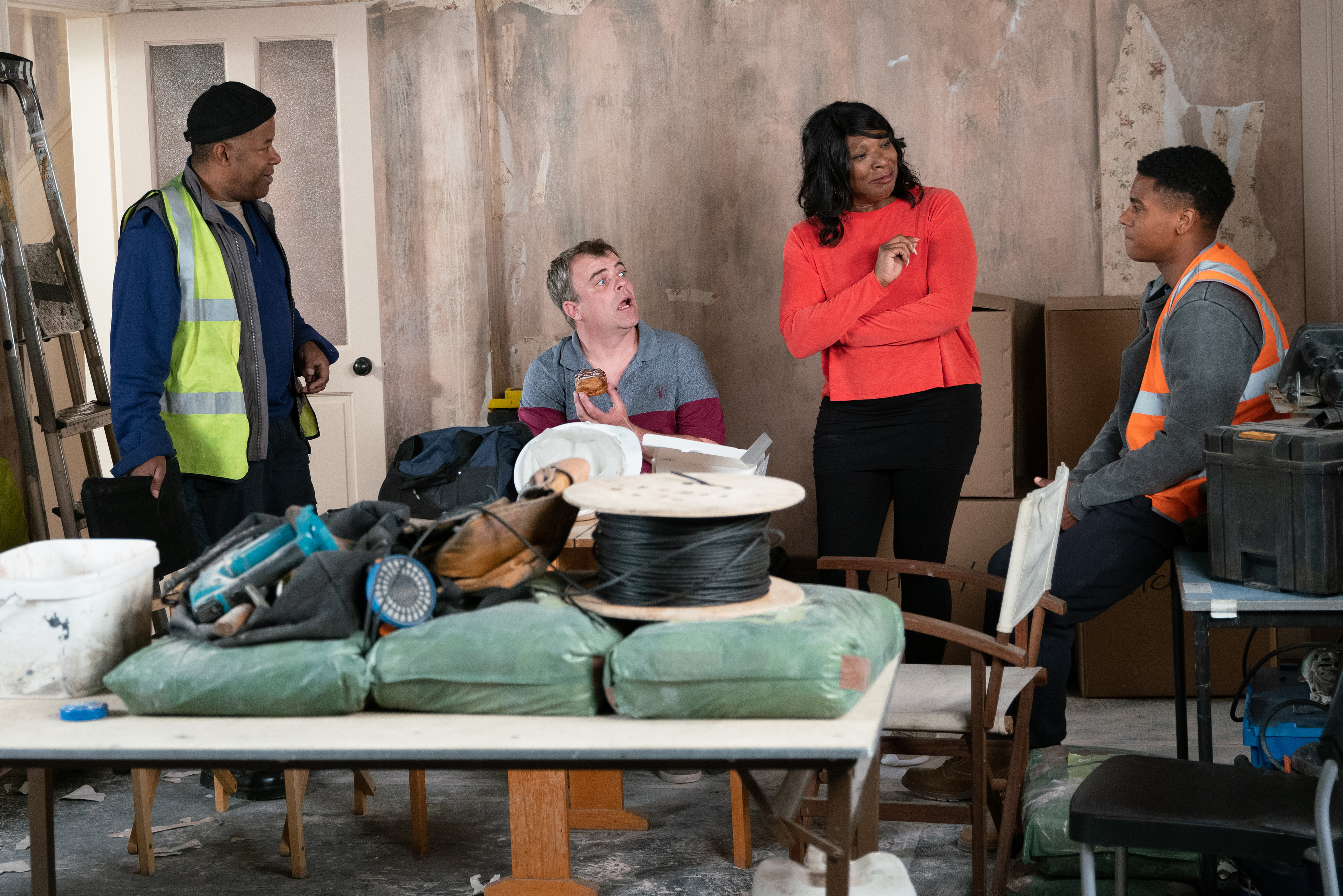 But Ken makes the mistake of assuming Ed – newcomer Trevor Michael Georges – is a builder, rather than the new owner, to Ed’s amusement.

Later, in the Rovers, Ed enjoys winding up Ken and his other neighbour Chesney Brown.

He makes out that the new neighbours have ten children and a whole host of pets too.

As Ed and his son, James, work away at the house, Ken threatens to complain to the new neighbours about the noise. 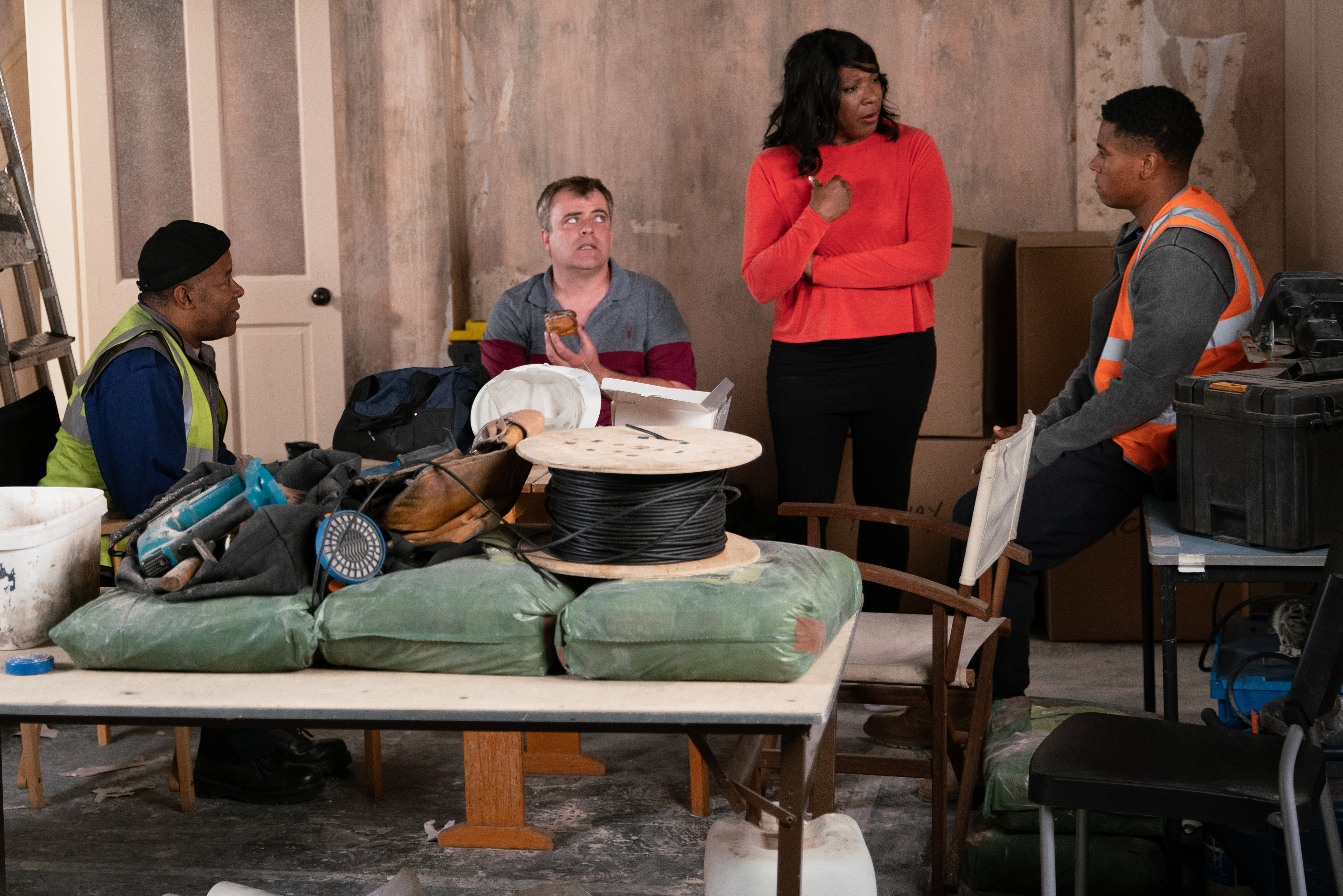 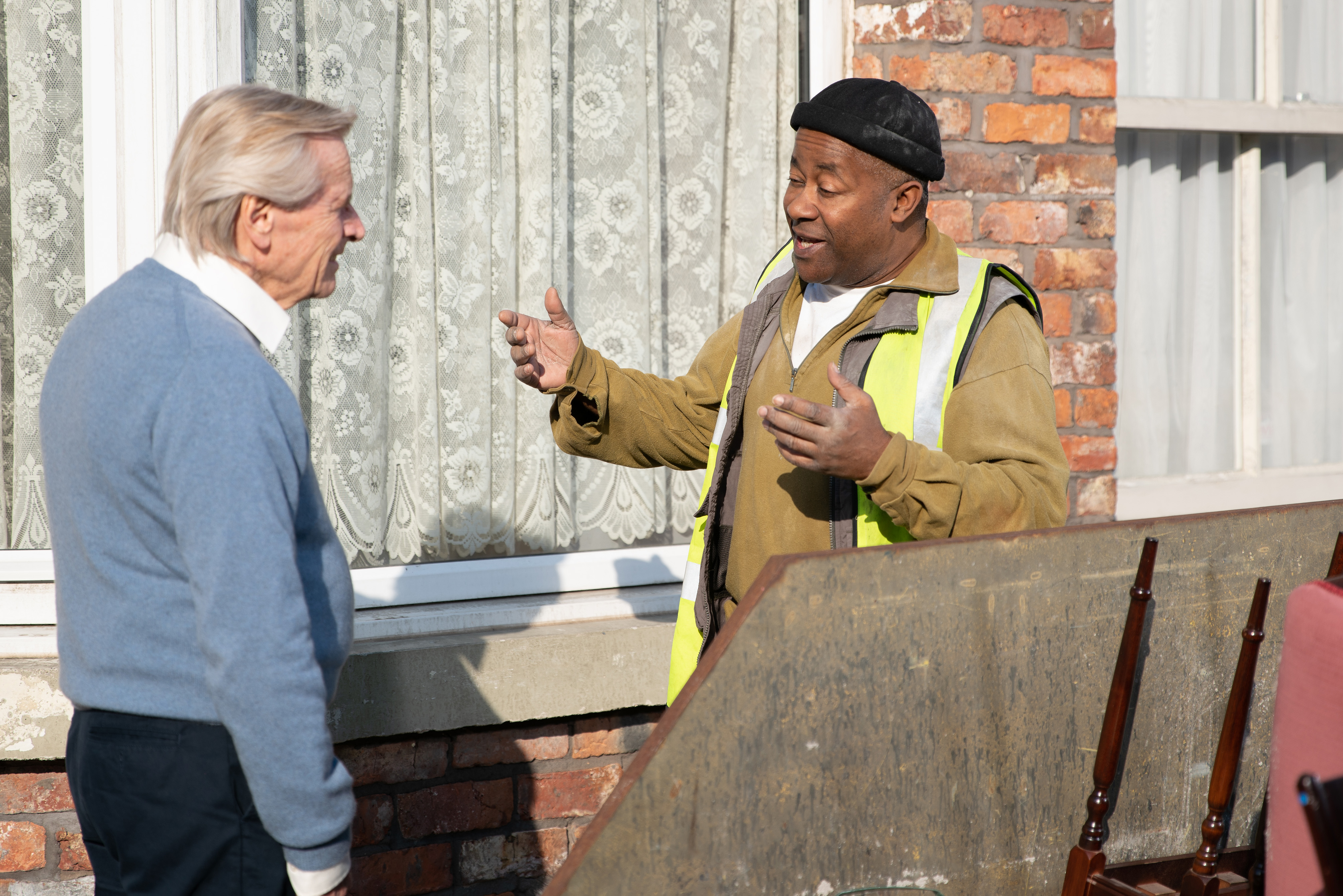 A furious Ken eventually complains about the continued noise and demands the name of the owner.

A mischievous Ed hands over his wife Aggie’s details.

Steve McDonald is then sent over to clear the air, but when he’s introduced to Ed, Aggie and James, he’s horrified to realise James is the young footballer he threatened with a baseball bat and was knocked down by a car.

Ed and Aggie listen in horror as the story unravels and end up tearing a strip off James for risking his career.

Ken holds out an olive branch and asks Ed and Aggie to join himself, Tracy and Steve for a drink in the pub.

It seems his gesture is appreciated as, the next day, Aggie – Lorna Laidlaw – drops by No.1 with a cake and apologises to Ken for the noise.

The Baileys all agree that they wouldn’t choose to live on Coronation Street but that they’ll have to make the best of the situation.

The new clan are set to be joined by a secret sister later this year.