Peter (played by Chris Gascoyne) has been on the verge of death quite a few times recently on Coronation Street, having struggled with a battle to alcoholism. As the ITV soap stalwart is at his lowest ebb, he has been kept out of the picture about what’s happening with Simon (Alex Bain) as the youngster becomes more integrated with his drug delaying friend, Jacob Haye (Jack James Ryan). However, if the father-of-one were to discover his son’s secret, he could be making a deadly exit from the show as he takes the teenager’s place when the drug lord’s coming looking for blood.

The hint Peter could be killed off came from Friday night’s hour-long episode as Jacob became more intimating towards Simon’s loved ones.

As well as making fun of Leanne Battersby (Jane Danson) over her grief from losing her youngest son, the newcomer also made vile threats to Carla Connor (Alison King).

It was explained earlier in the final instalment of the week the latter wanted to keep her boyfriend out of the picture because of his battle with alcoholism.

She believed that knowing his son was caught up with drugs would only push Peter back to the bottle and cause his impending death.

However, the businesswoman could have made the wrong call as keeping such a secret from the addict might see him take dangerous steps to remove the teenager from the gang. 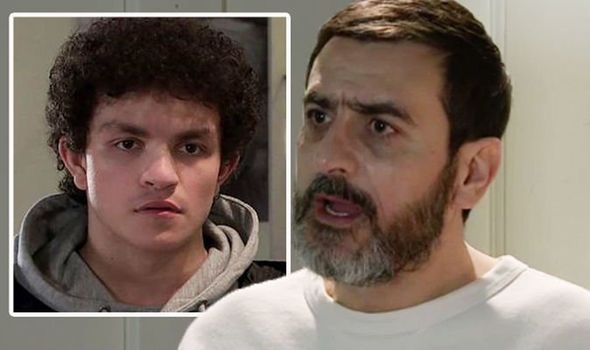 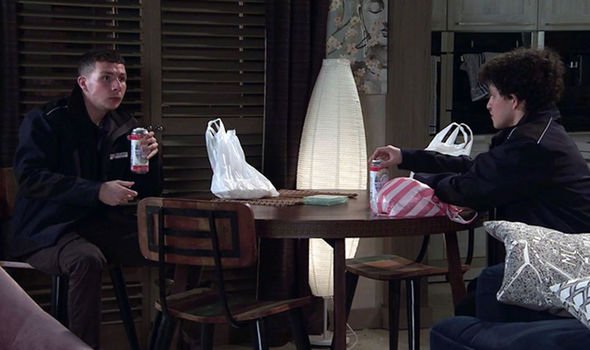 Knowing Carla was trying to remove Simon from the gang, Jacob told her: “No can do.”

The businesswoman replied: “You know Jacob, I’ve known lads like you all my life. You’re just a little boy playing at being a big scary gangster.

“And it’s a joke, alright. And you might be able to intimidate Leanne but you do not scare me,” the Underworld factory boss declared.

“You and Simon, it stops now,” she continued, before adding that the newcomer would “regret” not listening to her.

Unfortunately, the youngster knew how to manipulate the situation and went about threatening Carla and the Barlow family. 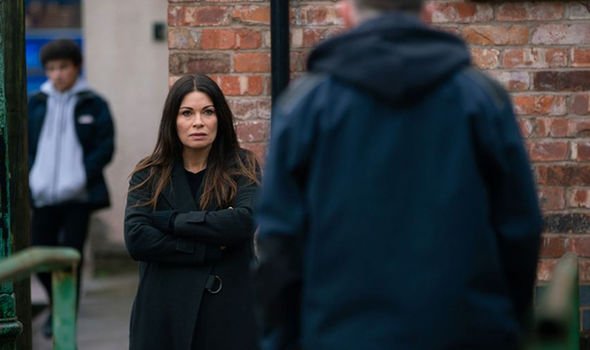 This is way bigger than you think

Jacob said: “Simon is a good kid. We get on really well and he tells me things, you know. About his poor little brother and his dad trying to top himself.

“So sorry if I’m not shaking with fear but I don’t think you’re going to do anything because if you did, you might regret it.

“Or Simon or his loser dad or his messed up mum. This is way bigger than you think so I would keep your mouth shut if I were you.”

With this, Carla hastily returned to Peter and told him in no uncertain terms was he to confront Simon about his wayward ways. 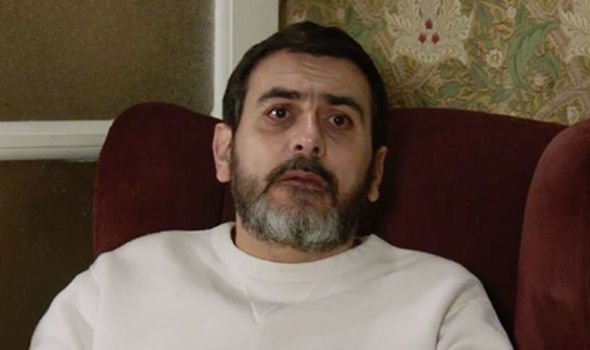 The alcoholic agreed to stay put as he felt better Carla would try and get Simon back on track, thinking his son was just acting up at college.

Towards the end of the episode, Leanne was at her wits end over what to do with Jacob and how to get him away from her son.

In the coming weeks, the plot is only going to intensify as more members of the drug gang arrive in Weatherfield to wreak havoc.

As Peter becomes more clued about Simon going off the rails, he could put his own health on the back burner to save his son.

Though, as the situation takes a deadly turn and the teenager finally realises he needs to get out, the gang could turn on Simon.

Following Jacob’s threat, it could be Peter who becomes victim to the gang as he walks in on his son about to be killed.

With the stalwart’s death having been teased for some time, could it be he will really make his exit in the midst of a drugs war?

There has been no official announcement about Peter’s departure so the character’s death would certainly be a shock to fans.