Home » TV & Movies » Coronation Street spoilers: Who is Ronnie Bailey and who plays him? 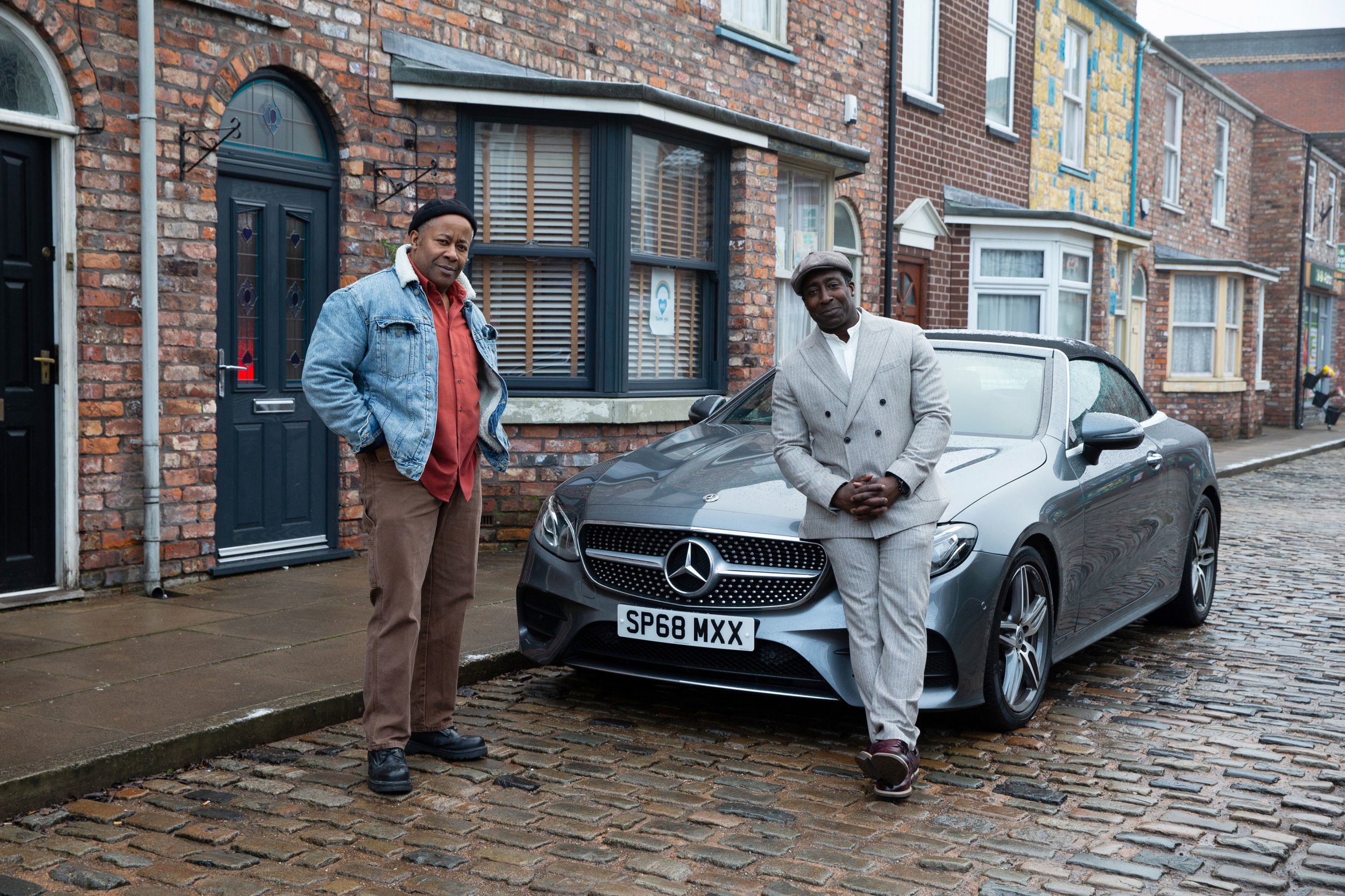 Ed Bailey’s brother Ronnie (Vinta Morgan) arrives on Coronation Street tonight driving a sleek sports car and wearing some well-cut clothes. He has, of course, been recently residing in London – which has always been Corrie shorthand for someone who has a flash, fast-living lifestyle. But is high-flyer Ronnie bringing with him more than just ready charm and a cocky attitude? Read on to find out…

What will Ronnie be getting up to?

As we’ll see, Ronnie’s arrival is met with a certain amount of agitation from Aggie (Lorna Laidlaw). And her fears look set to be realised when, on Monday, Ronnie tries to get Ed (Trevor Michael Georges) out of the house with a suggestion that they visit a casino. Knowing that he can’t possibly face that kind of temptation, Ed finds himself compelled to tell his brother that his gambling habit cost him their house and came close to ruining his marriage too.

In the aftermath of the confession, though, Aggie berates Ed for discussing family problems with Ronnie. But Grace (Kate Spencer) can’t help but be left intrigued by Aggie’s strong reaction.

So why does Aggie dislike Ronnie?

It’s clear from the off that Aggie isn’t exactly enamoured with her brother-in-law and she tells Grace that he has a habit of leading Ed astray. But the covert glances the pair exchange suggests that the animosity may well run deeper than that.

Could there be a secret grudge of which Ed is currently unaware? Does Aggie know something about Ronnie’s past that could threaten the Baileys’ future? Or might Aggie and Ronnie have had an affair at some point? No doubt the truth will emerge in time…

Where have you seen actor Vinta Morgan before?

The actor has had a varied career on both stage and screen – and is certainly no stranger to soapland either. He’s appeared in EastEnders (for five episodes as PC Phillips), Casualty (as Terry Finnegan) and Doctors (as Russ Deacon).

Away from the soaps, Morgan has had TV roles in Ted Lasso (playing Sammy), Unforgotten (as Mike Carter), as well as upcoming Netflix drama The Irregulars.