It has been known for awhile that Jane, 50, has been cast in the role.

However the star looks a far cry away from away from her Casualty character Kathleen ‘Dixie’ Dixon in a new Corrie picture.

The character, named Bernie, is seen rocking a similar outrageous style to Gemma (Dolly-Rose Campbell) as she hugs up to her daughter and Chesney.

Bernie has described as “an old raver who still sees herself as a free spirit”.

She has let her children down on multiple times in the past, which has led them to have a strained relationship with her.

Bernie is coming to the cobbles to support Gemma during her pregnancy. 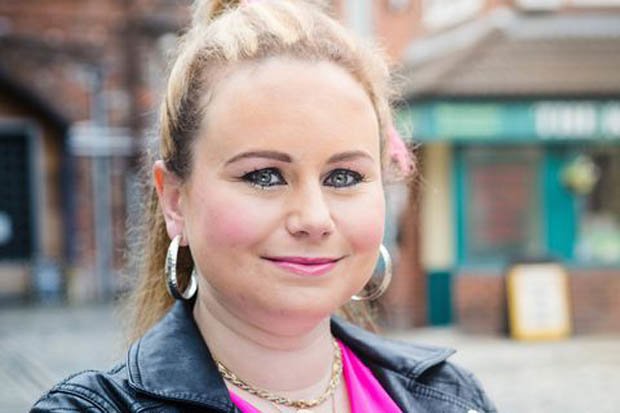 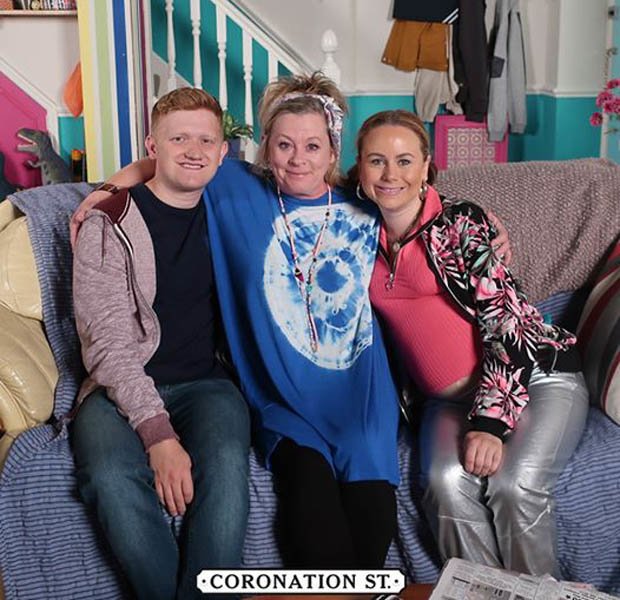 Talking about joining the Corrie cast in a statement, Jane said: “I’m thrilled to be joining Coronation Street.

“It’s where I started by apprenticeship as a very young actor. I can’t wait to get stuck in.”

Gemma star Dolly-Rose Campbell also labelled the arrival of her character’s mum as “great”, saying she’s pleased the audience will finally get to meet her. 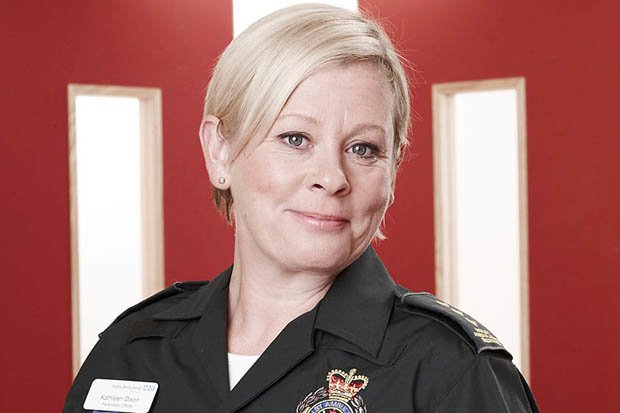 She told Digital Spy: “We have heard so much about her and not much of it is good, so I think we will get a real insight into what made Gemma the person she is today.

“For Gemma to have her mum there when she is pregnant is perfect. Paul is suspicious of Bernie’s motives for turning up, but Gemma wants to give her a chance.”

Coronation Street returns to ITV on Monday at 7:30pm.