CORONATION Street star Katie McGlynn has been spotted on the set of her first acting job since leaving the ITV soap last year.

Katie, 27, was dressed in grey leggings and a black velour hoody as she filmed scenes outside a home in Yorkshire. 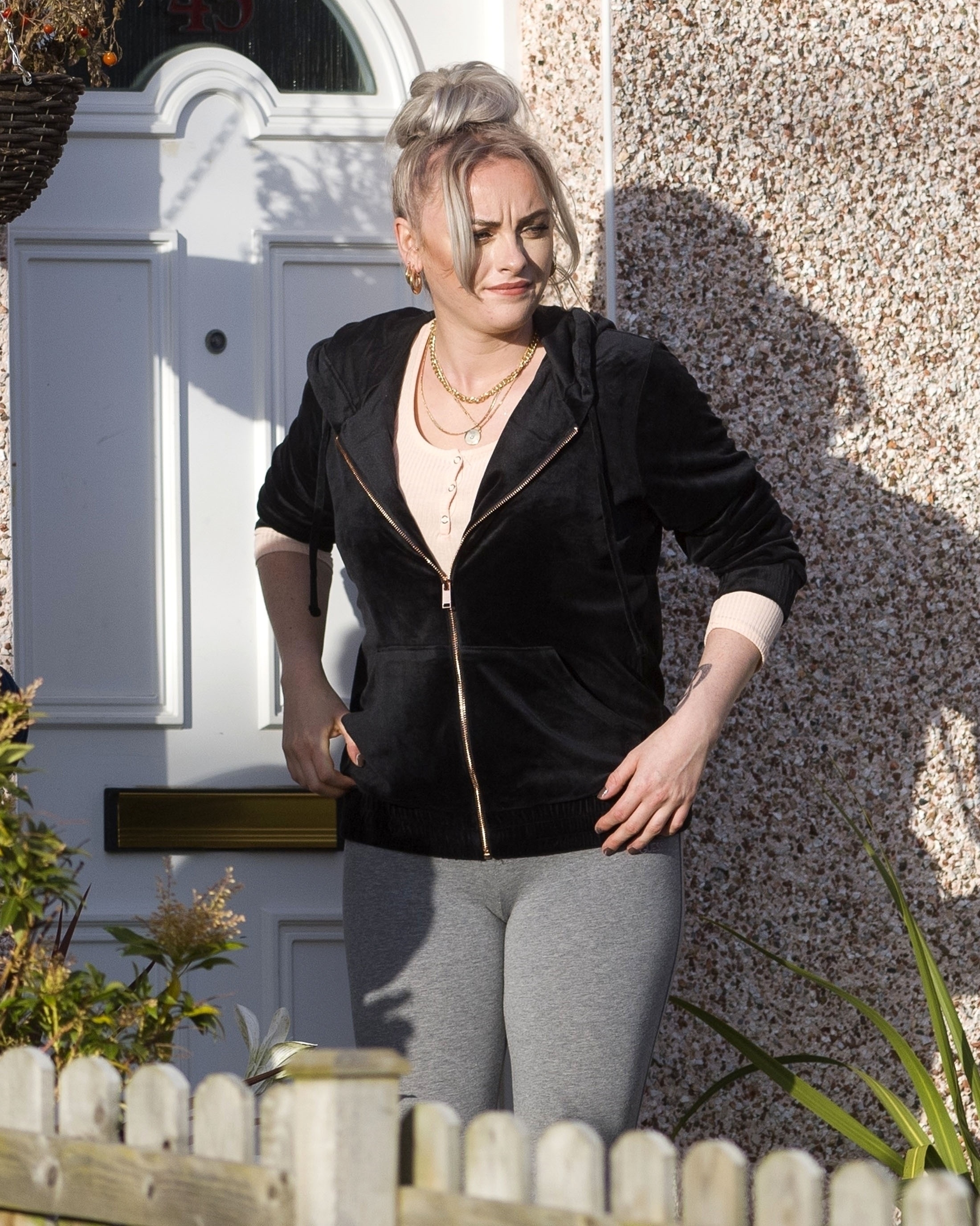 The blonde actress was filming scenes for the fourth series of BBC drama The Syndicate.

The show, which first began in 2012, sees five members of a betting syndicate win the lottery.

Each series has followed a different syndicate, with the first set in a Leeds supermarket, in the second, a public hospital in Bradford, and the third, a crumbly stately home near Scarborough.

Katie, who played Sinead Tinker in Coronation Street, appeared to have an attack of the yawns in between takes and wore her blonde locks up in a high bun. 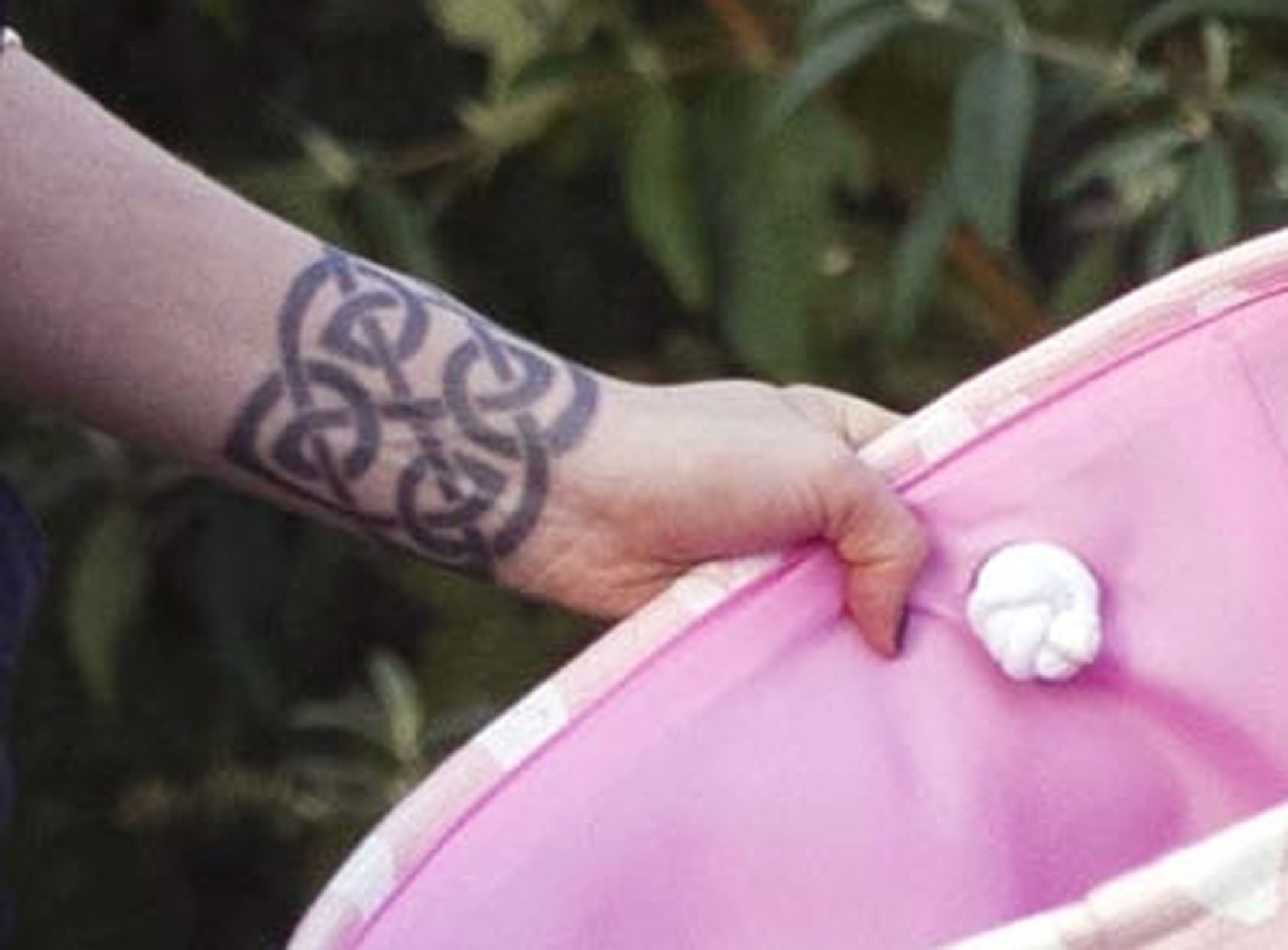 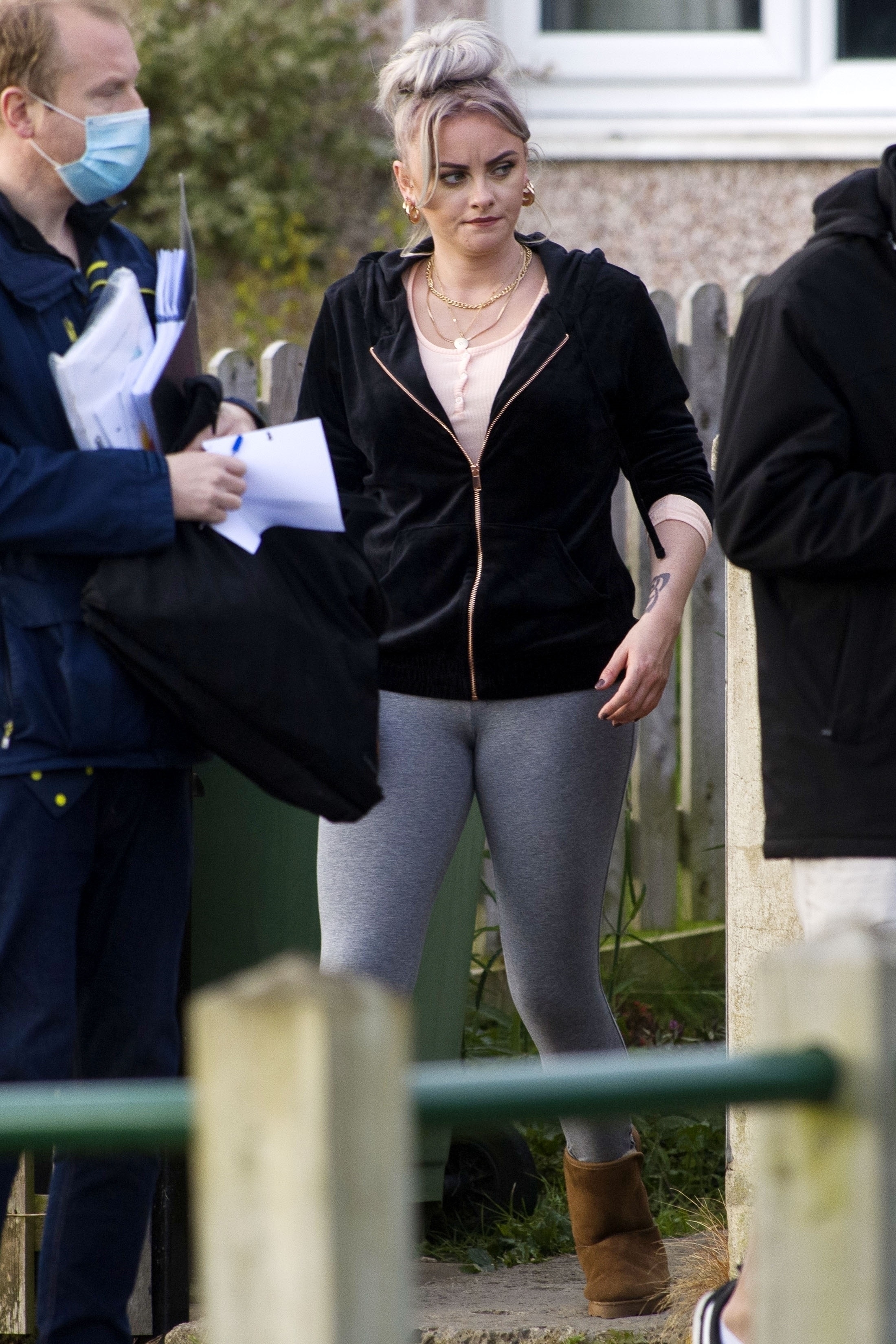 The former soap star was also sporting a large tattoo on her left wrist, which appears to be fake.

Filming for The Syndicate was postponed earlier this year due to coronavirus, but it appears to be well underway now as Katie was also spotted filming at a dog kennel in September.

Speaking about the upcoming fourth series, writer Kay Mellor told The Sun: "This series is a brand-new story about a syndicate of low paid kennel workers who think they’ve won the lottery but have been robbed of their ticket. 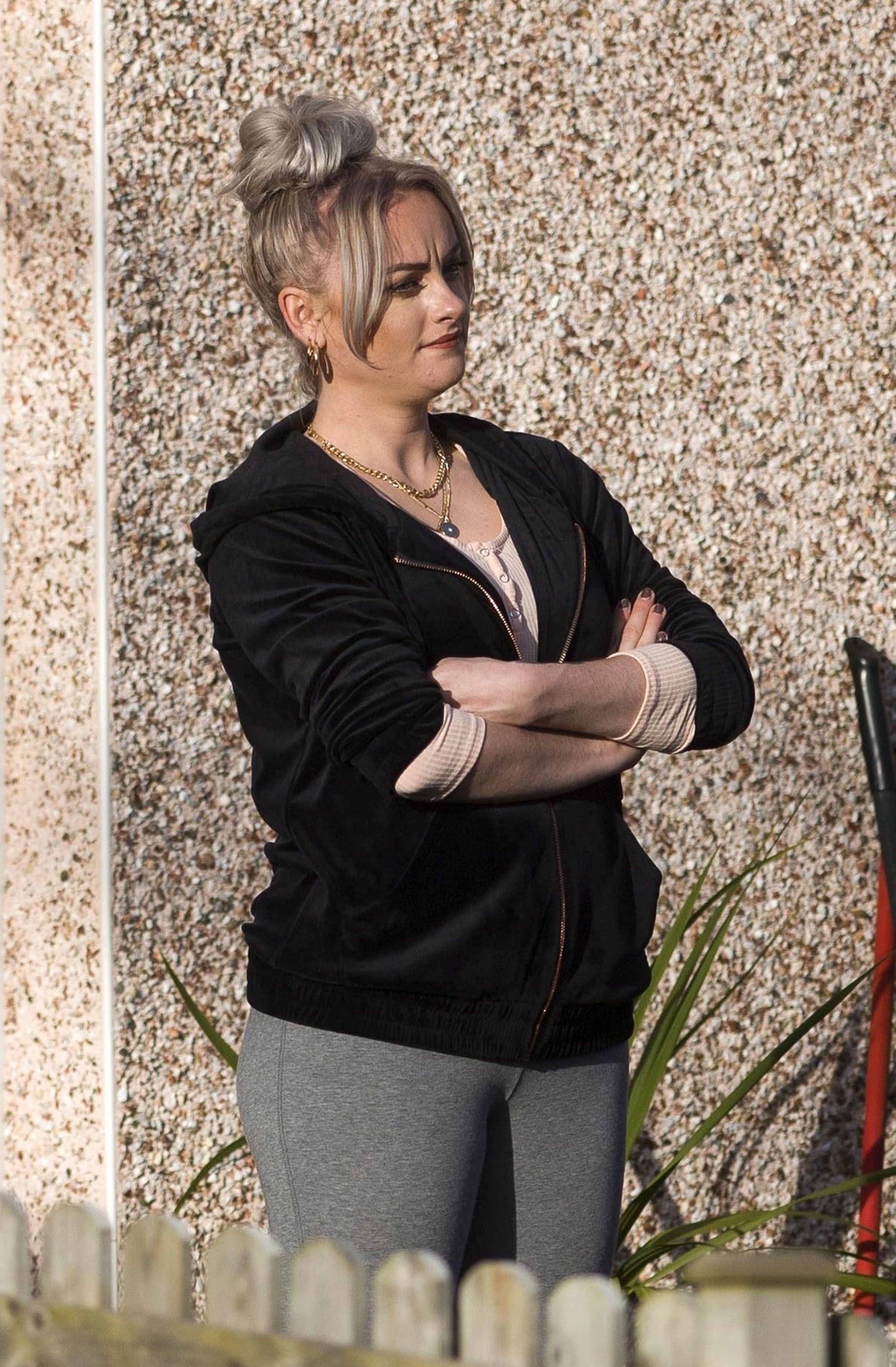 "The chase to confront the culprit takes us to the wealthy French Riviera where the young syndicate find themselves well out of their depth."

The series is also thought to be starring Emmerdale's Gaynor Faye, who happens to be writer Kay's daughter.

The BBC has said the show is "peppered with the comedy, pathos and high-drama audiences have come to expect from The Syndicate". 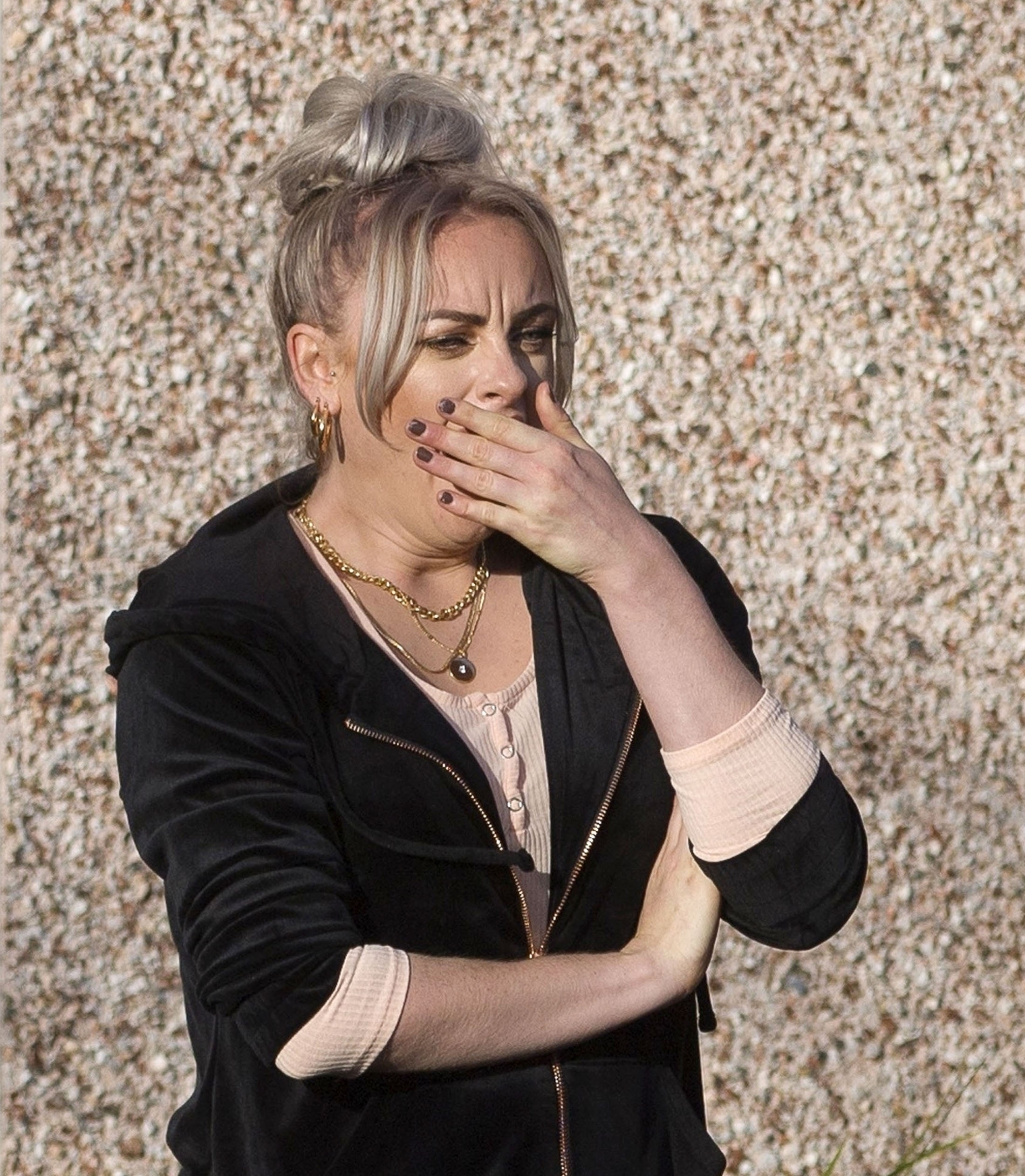 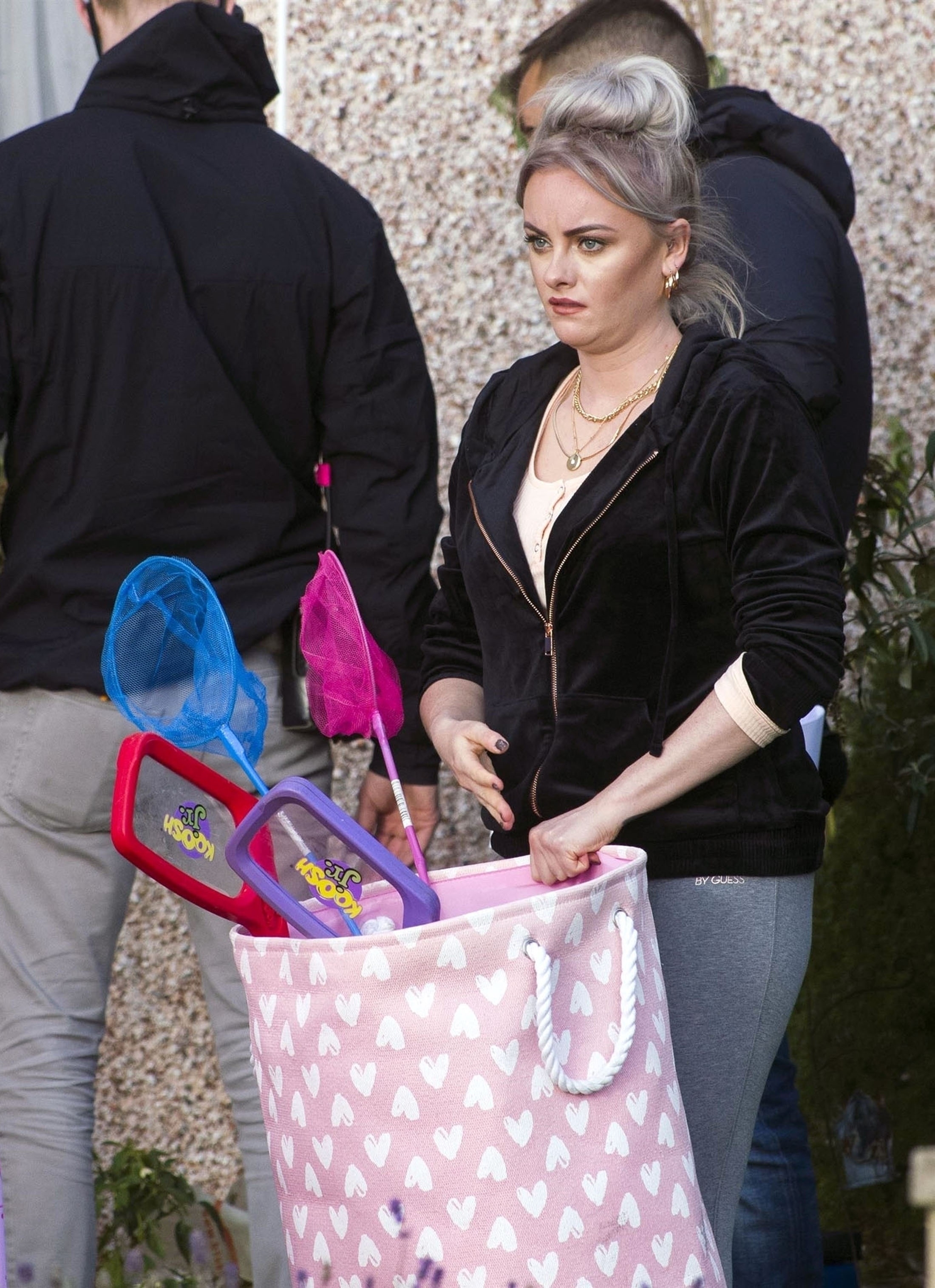 The executive producer said: "We are so thrilled to have The Syndicate return to BBC One for a fourth series.

"Kay has written yet another brilliantly entertaining story and we can’t wait to see the fabulous cast bring it to life."

The Syndicate is Katie's first acting role since leaving Coronation Street in one of the soap's most tragic storylines in October 2019. 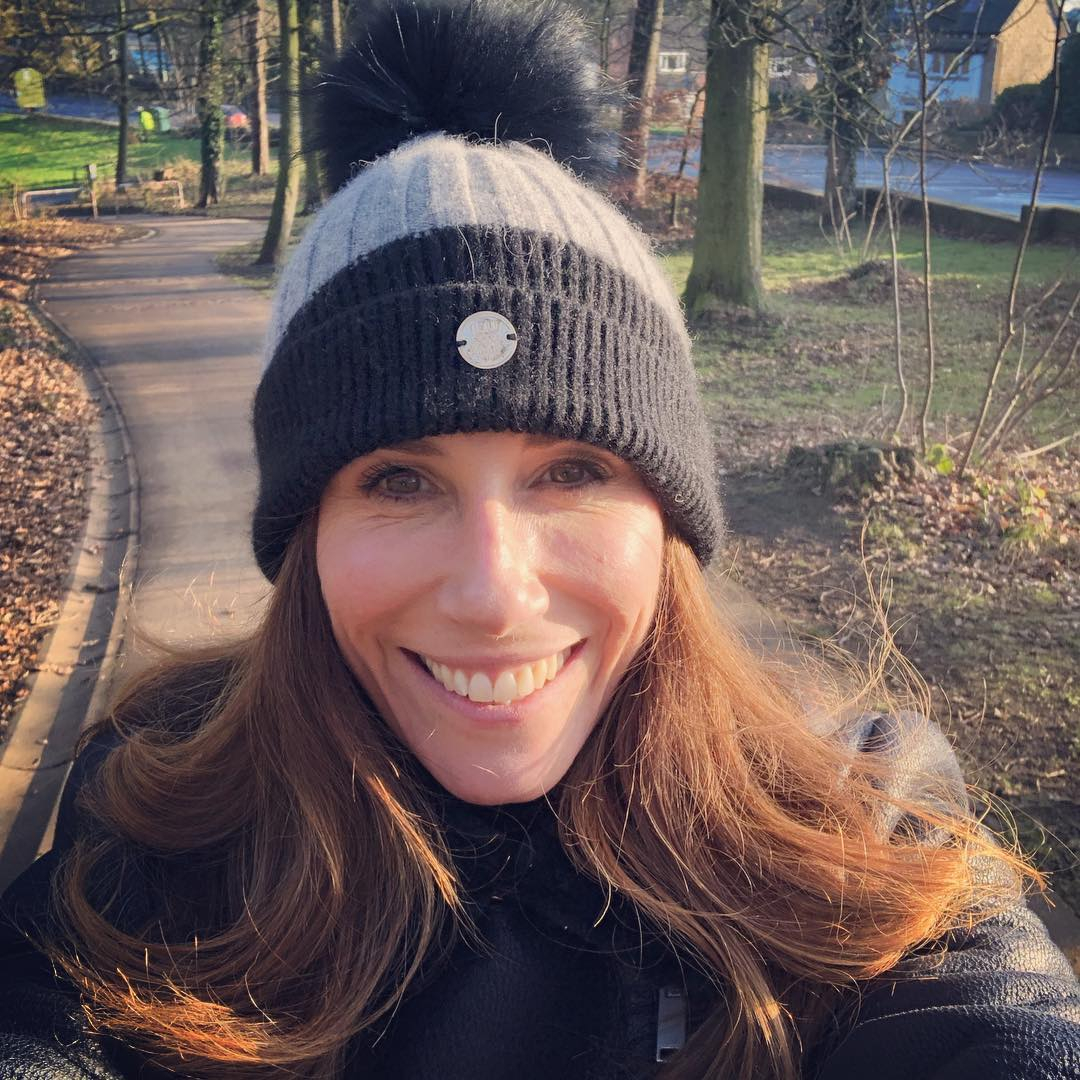 She left the role of Sinead, that she had played for six years, after the character died of cancer.

Last month, Katie was pictured on the set alongside former Emmerdale actress Emily Head, 31, who played Rebecca White from 2016-2018. 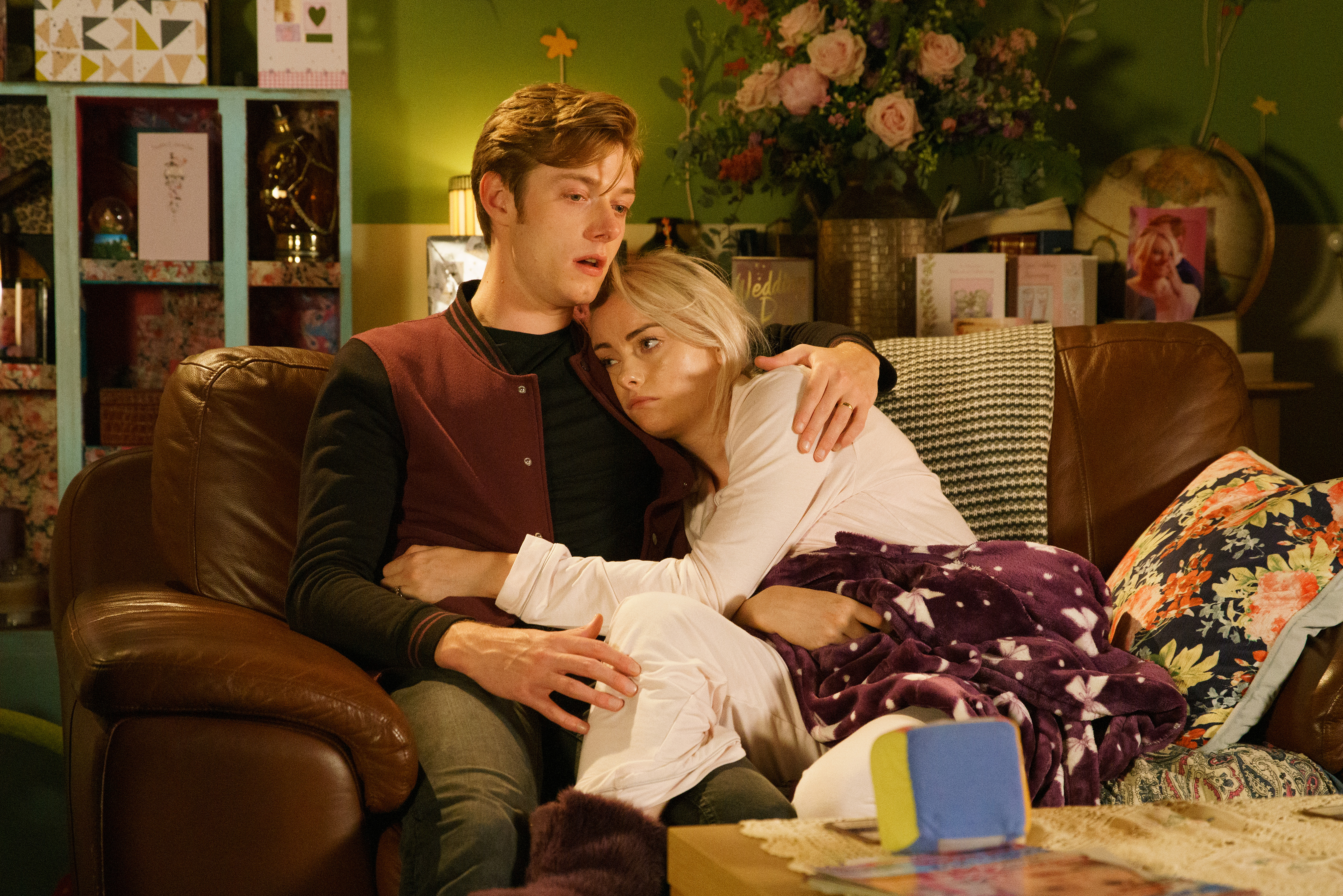 Her former Corrie co-star Kym Marsh, 44, whose alter ego was Michelle Connor, was pictured filming for The Syndicate too – in what is also her first acting role since leaving the cobbles in 2019 after 16 years.

Katie will be playing a single mum on her new show and was head-hunted by the show's award-winning writer Kay.