*Warning: This article contains spoilers from the season 3 finale of Snowpiercer.

The season 3 finale of Netflix’s Snowpiercer has just landed, with Melanie Cavill (Jennifer Connelly) back in charge of the train, an abandoned mission to discover ‘New Eden’, and the big question of whether those on board will ever return to live on land.

Perhaps just a warning of climate change, or maybe an allegory on social inequality, the series (along with the movie adaption from a French graphic novel series) follows 3000 survivors on board a train journeying rotations around a very icy world.

The so-called ‘Freeze’ leads to the world covered over in ice, few remaining survivors, and a quest to keep those remaining alive on board an isolated train society.

In the very first opening episode, we’re introduced to the disastrous world that’s been created as a failed attempt to solve global warming problems.

Future leader of the train’s society, Andre Layton (Daveed Diggs) explains: ‘Our ice melted and all the species crashed. So the men of science tried to cool the earth, to reverse the damage they had sewn.

‘But instead, they froze her to the core.’

The only survivors left on Earth boarded ‘The Great Ark train,’ the only lasting route of survival.

‘In the final days of The Freeze, the rich, many of them responsible, retreated to Snowpiercer, 1,001 cars long…’ 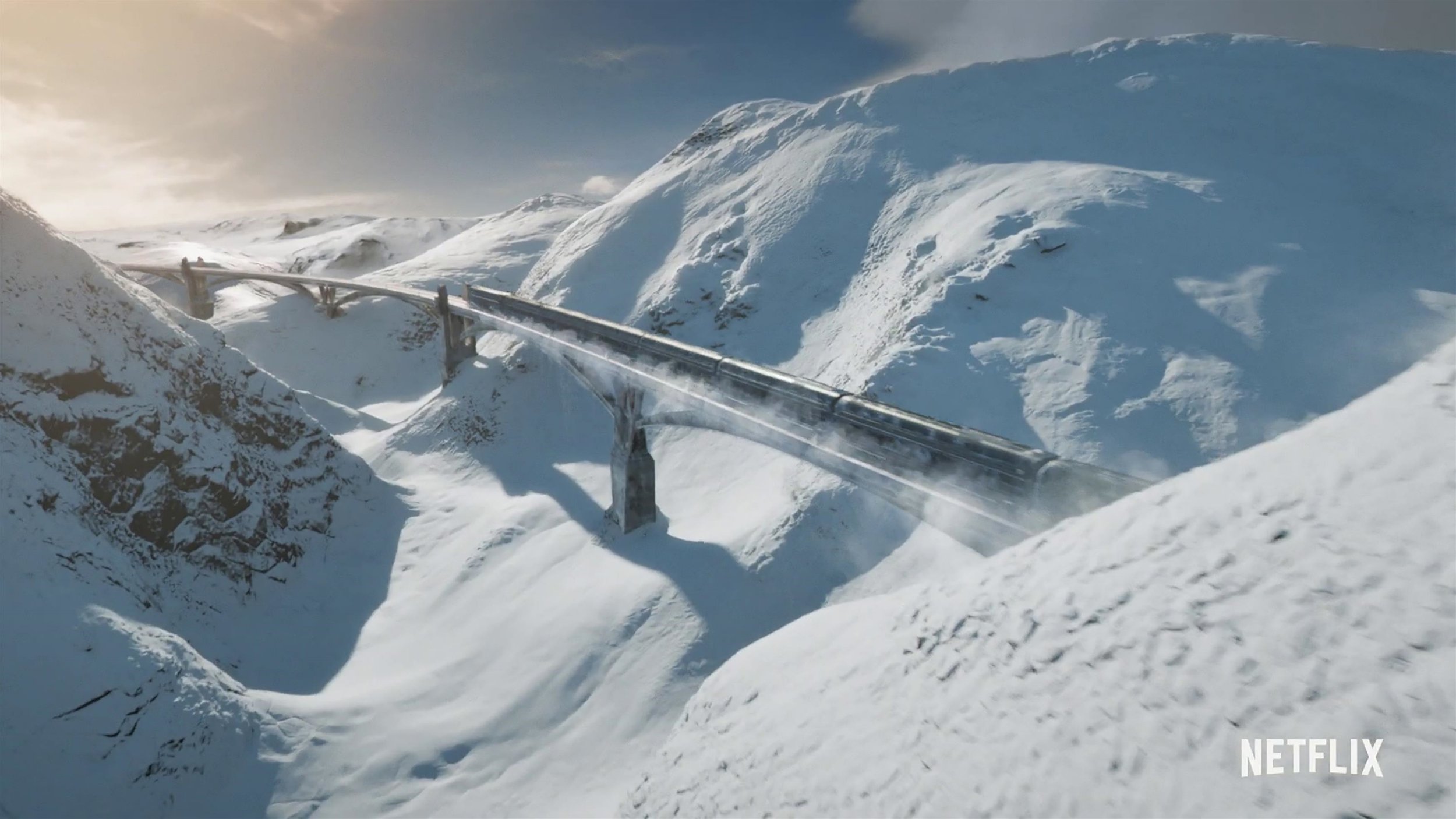 But how exactly did the world end up like that? And, as we near a global climate emergency, are we taking steps closer to becoming citizens of Snowpiercer?

Snowpiercer’s deep freeze follows geoengineering, which involves trying to counteract global warming by injecting particles into the stratosphere to block the sun’s energy and cool the Earth.

Although, as we see, this can go very, very wrong.

According to Professor Duncan McLaren, a research fellow at Lancaster University, the situation of Snowpiercer is ‘highly implausible,’ despite being ‘a useful allegory for what might happen in an extreme climate emergency of some form, whether that’s through the continuation of climate change or some sort of problem trying to deal with it.’

The show does however, to some extent, consider the dangers of geoengineering technologies and attempting to control global warming.

Professor McLaren said: ‘There are very genuine worries about whether we know [geoengineering technologies] well enough to control them properly, they could end up doing things we don’t expect.’

Dr Rob Bellamy, a presidential fellow in climate and society at the University of Manchester, added: ‘These ideas are being considered by researchers mainly because of the fact that efforts to reduce greenhouse gas emissions to tackle climate change are not doing so well and people are concerned that we might get to a point where we need to intervene in some other way in order to control the Earth’s temperature.’

Whilst he agrees the situation of reaching a deep freeze state like in Snowpiercer ‘very, very unlikely’, he added that the series does highlight concerns about ongoing attempts to avoid climate change and the controversy surrounding research into geoengineering technologies.

‘First of all, people are very wary of this idea, they’re very wary of things that are seen to be tampering with nature,’ Dr Bellamy added, highlighting other issues of geoengineering technologies like cost issues, and the effect on weather patterns.

While the academics therefore believe the show’s link to reality is unlikely, the allegorical messages of Snowpiercer remain reflective of our real life society.

So while the physical, climate aspects of Snowpiercer may not come true, (and there are too many social problems with suddenly placing 3000 people on a train and expecting them to form a cohesive, isolated society anyway) other aspects of of the science-fiction series remain relevant to real life, forcing us to question whether our actions are continuing to lead us to doom, and whether we’re going into that blindly.

Will geoengineering technologies leading to a deep freeze happen in our lifetimes? Probably not. Should it ever happen? Definitely no.

Snowpiercer is available to watch on Netflix.