Home » TV & Movies » Damon Lindelof Explains the 'Lost' Whispers, Who Was on the Outrigger

NYCC 2020: But those who saw the scrapped Season 5 scene are sworn to secrecy until both he and Carlton Cuse are dead 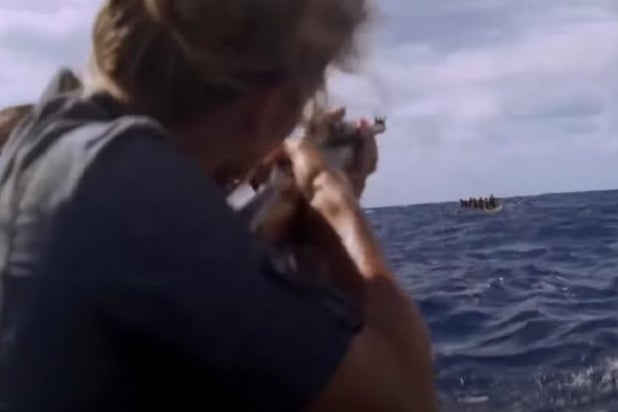 Of course, just like “Lost” itself, Lindelof’s responses to a couple of super fans’ queries perhaps raised more questions than provided actual answers.

It’s like living in message board-theory purgatory with these two.

First, Lindelof was asked about the show’s secretive whispers and how they may or may not directly pertain to the Others, a group of people who inhabited the island prior to the crash-landing of Oceanic Flight 815.

While Lindelof was not directly asked how the smoke monster fits in with all of this, he offered up a connection between multiple mysteries.

“The monster was kind of a quasi-ghost in the sense that it could take the form of the dead as it was reflected by the individuals that it was trying to ensnare, assault, intimidate, recruit, whatever,” Lindelof said. “So, Jack saw his dad and Eko saw Yemi and so on — and Shannon saw Walt — so the fact that Ben Linus could control the monster and that the monster was in some way responsible for the whispers as well. So the idea is that the whispers is sometimes the monster, sometimes the actual ghosts of the island, and sometimes just a horrific story problem that we were trying to weasel our way out of.”

Pretty revealing stuff — but the guys weren’t about to go there when asked about the secret identities of the people on the outrigger. That Season 5 shootout scene is their “Sopranos” series finale Member’s Only guy/Fade-to-Black moment, Lindelof said.

“That, we will take to our graves,” Lindelof said. “I will say, we did write the scene. We wrote the scene that answered the question. And other people outside of our writers room have seen the scene and been sworn to secrecy. So should Carlton and I die…those individuals can come forward and say, ‘Now, that they are dead, I will tell you who is on the outrigger.’ But we will maintain our personal integrity.”

So you’ll just have to outlive them. Or wait for them on the island so you can all move on together, or whatever that was all about.

Watch the outrigger scene below.