DANNY Miller's fiancée Steph showed off their four-week-old son Albert on ITV's Lorraine today as she spoke about the Emmerdale star's stint on I'm A Celebrity.

Host Lorraine Kelly cooed over the newborn who slept peacefully in the 30-year-old midwife's arms. 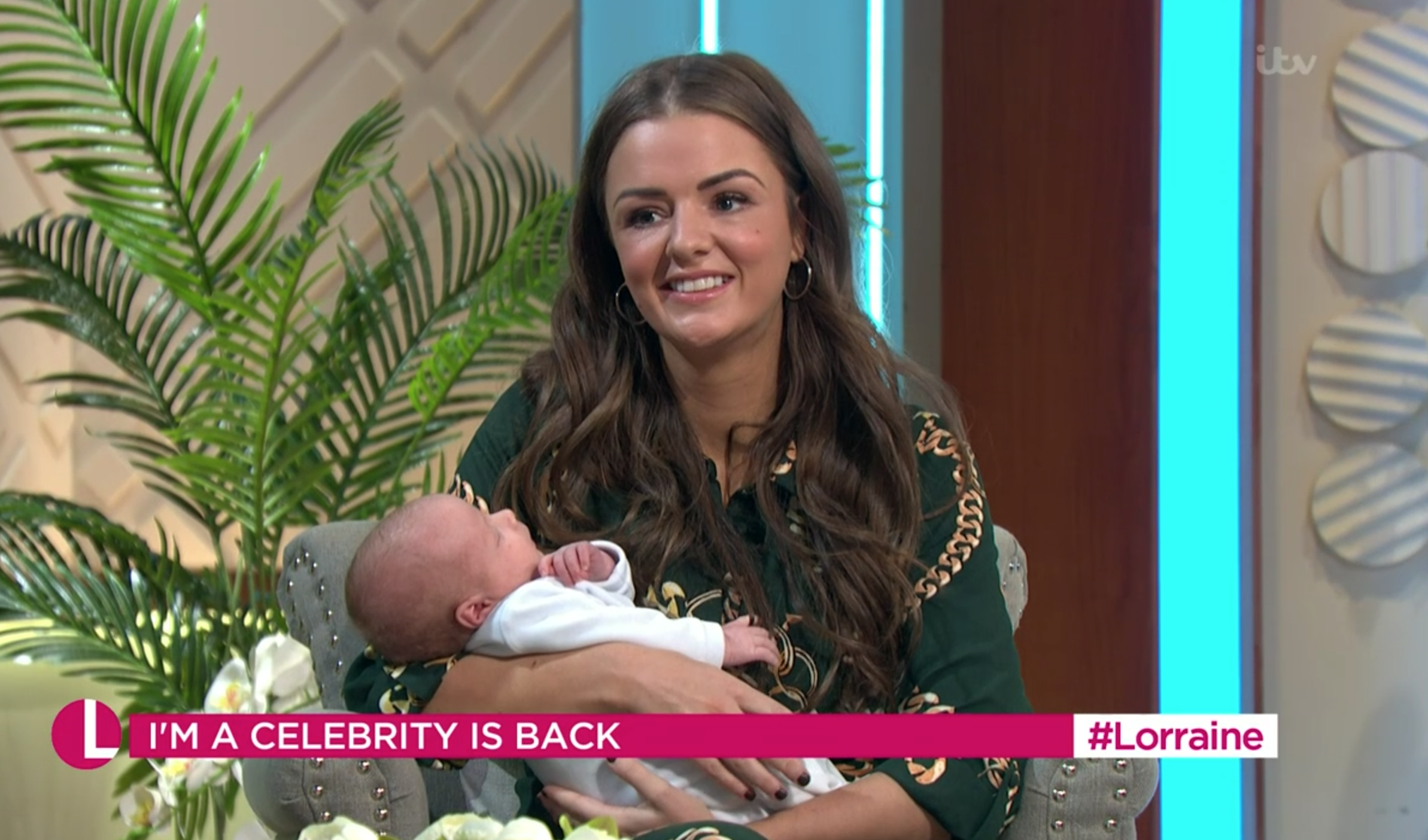 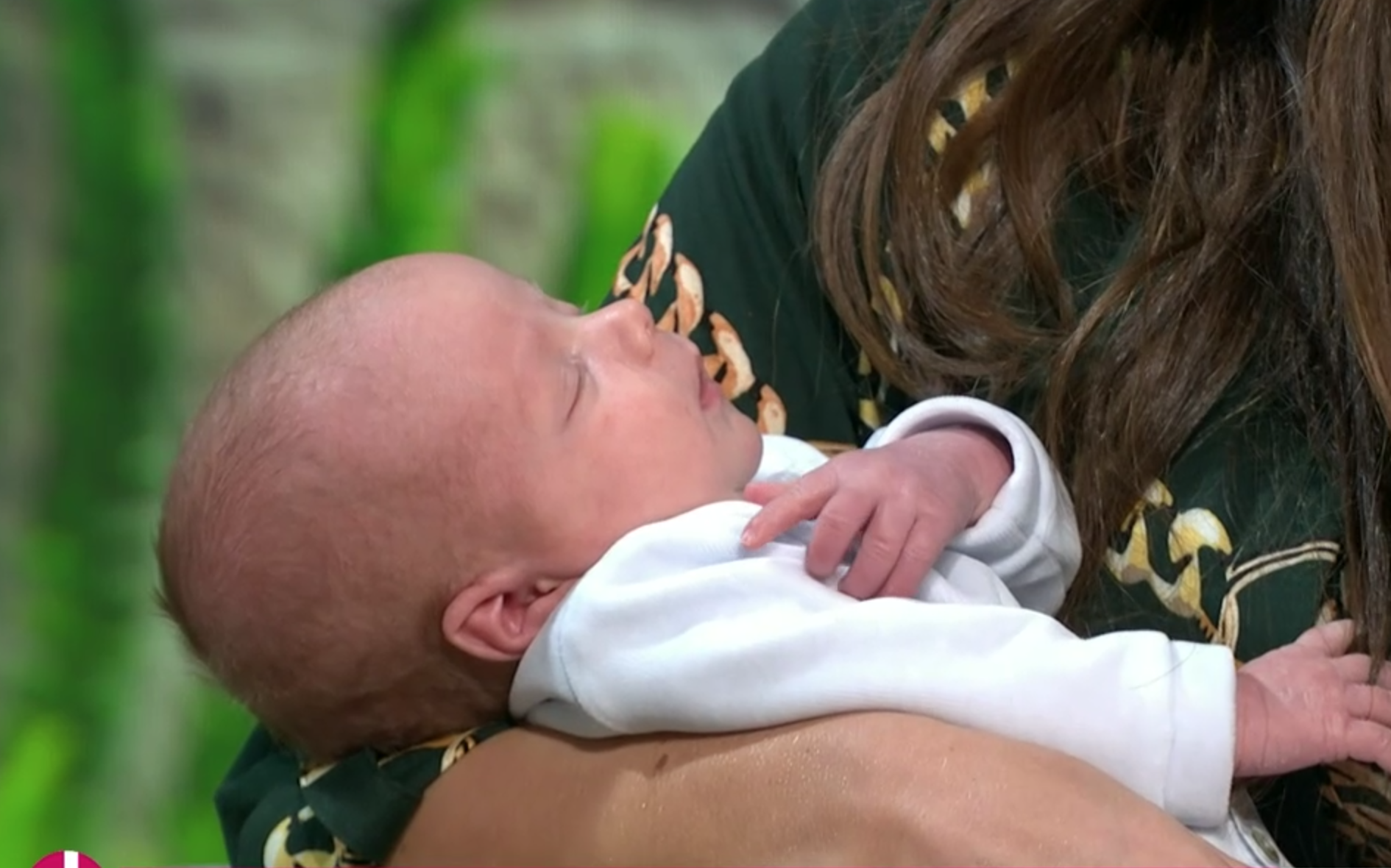 Danny, who proposed to Steph inSt Lucia in January, entered the I'm A Celebrity castle last night with a host of famous faces.

The Sun revealed how the 30-year-old had walked away from playing Aaron Dingle on Emmerdale after 13 years.

Speaking about his reasons for signing up, Steph told Lorraine: "We just spent two weeks in isolation together. We were quite privileged that he got asked to be part of the show because we got that quality time together.

"It was a really difficult decision being so close to the birth, but when we sat down and discussed it as a family, it's a big opportunity and he's always wanted to do it. It's his favourite show to watch.

"That was one of the biggest reasons, it's the biggest opportunity to his career, it meant he's got longer time off next year rather than working Monday to Friday 7am to 7pm."

And Emmerdale fans will get to see a new side to Danny, who won't sit idly around camp.

Steph continued: "He doesn't get bored easily. If he was bored he'd think of something to do, an accent or impression. He'll be the entertainer, keep people going.

"He's in awe of David Ginola he'll have so many questions but he won't want to bombard him early on.

"He'll wear his heart on his sleeves, he's not afraid to share his emotions."

Last night I'm A Celeb hosts Ant and Dec announced the public had selected Danny for the Dreaded Diner trial.

Danny began to panic, saying: “They said diner. It’s going to be eating something. For God’s sake. I’m going to be sick.”

Arlene Phillips and David Ginola tried to comfort him but Danny couldn’t hide his horror at being selected.

Having watched the episode – which saw Danny in tears over his fate – Steph told Lorraine: "This was the trial he was dreading the most he has got a very very bad gag reflex, he gagged over Albert's nappy in isolation, Albert did one particularly bad one and he had to run out of the room …

"He doesn't like roller coasters, when we go to a theme park with my nieces and nephews I go on the rides and he watches."

"His bad habits are not cleaning up, he's quite untidy!" 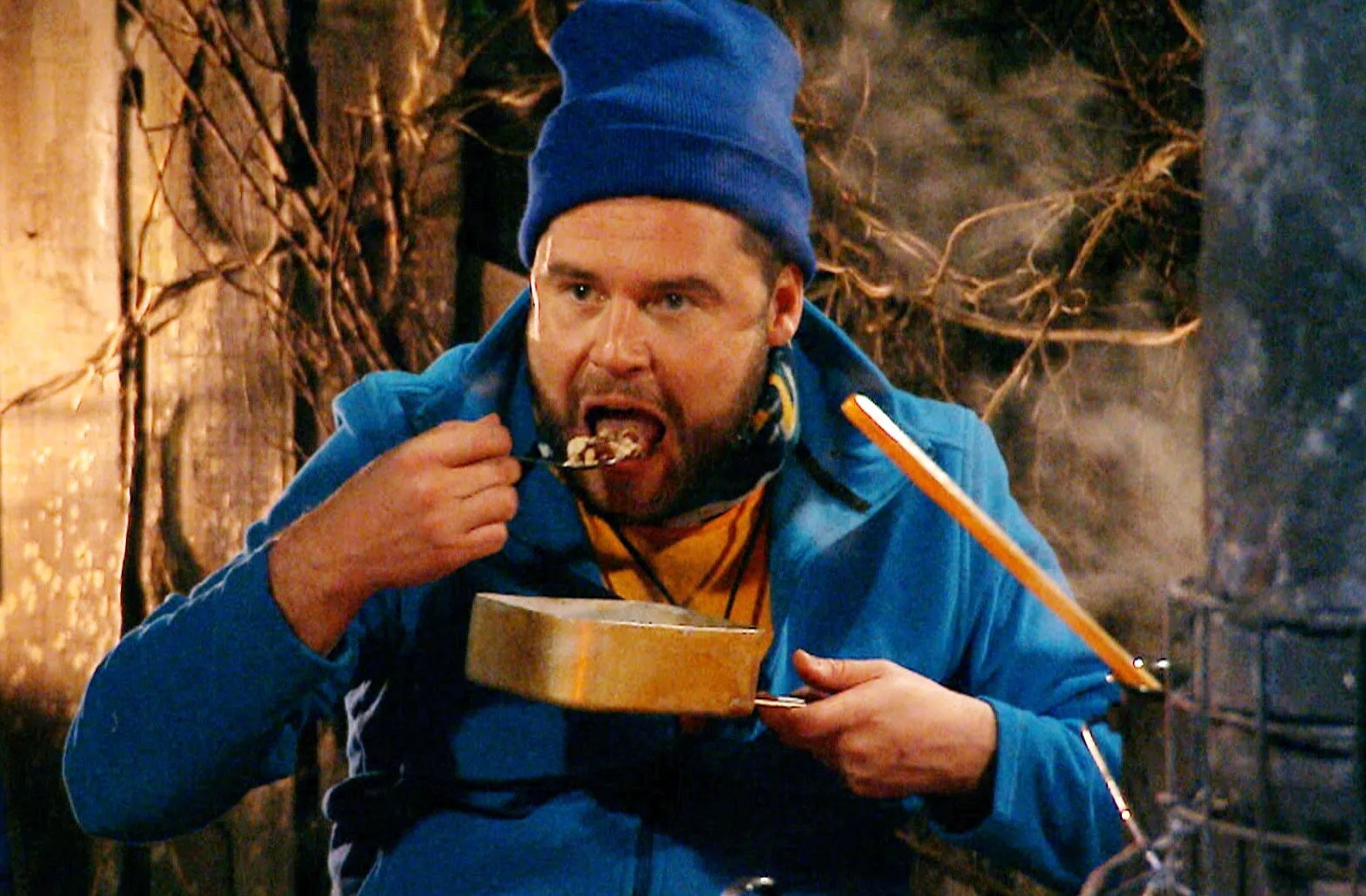