Janine Butcher (Charlie Brooks) is set to make an explosive return to EastEnders next week, and it’s safe to say all eyes will be on her.

The soap legend storms back to Walford in the wake of daughter Scarlett (Tabitha Byron), who made a shocking comeback last week.

Kat Slater (Jessie Wallace) sticks her neck out for Scarlett in upcoming scenes, after telling Tommy Moon that she’s his sister.

She goes to the courthouse, and informs the social worker that she’d like to be the girl’s carer.

But Janine bursts in, and lays it on thick, claiming to have turned her life around. Afterwards, she sets foot in The Queen Vic, where a showdown with the punters ensues.

A preview of the scene in question, which was aired on yesterday’s (September 1) edition of This Morning, sees Janine taking a look around the pub’s decor, before criticising Kat’s penchant for leopard print.

The villain receives a frosty response from the punters, particularly Denise Fox (Diane Parish), who is less than pleased to see her back. 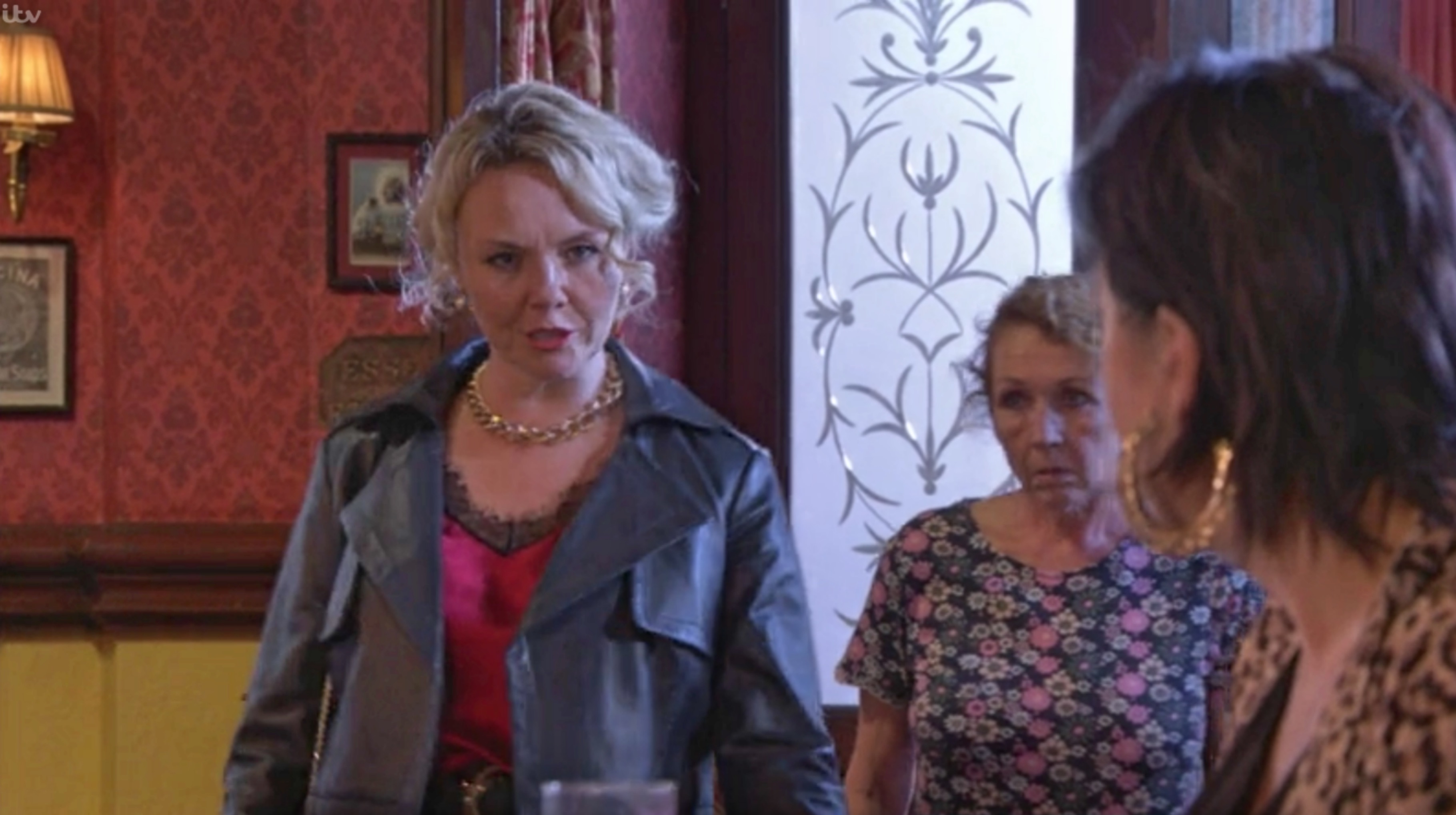 Kim Fox (Tameka Empson), however, is overjoyed to see her former acquaintance – so much so that she’s still calling her Janice!

Chelsea (Zaraah Abrahams), who is also present, admires Janine’s footwear, saying she would ‘kill for her shoes’.

‘Probably how she got them!’, replies Denise, making reference to the legendary schemer’s murderous past.

Actress Charlie, meanwhile, was asked by Alison Hammond about the prospect for romance for Janine.

‘Oh, we’ll have to wait and see,’ Charlie replied.

‘You know I think Janine’s biggest job would have to be finding love within herself before she can love anyone else, but it’ll be interesting to see who she rubs up against in the square.’

However, the actor then shared another juicy detail, telling Alison and Rochelle Humes: ‘There’s one night that she spends with somebody when she first comes back in, but I can’t say too much more about that.’

Fans have been praying for Janine to return for quite some time.

‘She comes back as the character that we all know and love her as,’ EastEnders’ Executive Producer Jon Sen told Metro.co.uk. ‘We’d be robbing the audience if we didn’t bring her back in all her glory!

‘Janine is older, and she’s wiser, and she’s had time to think about what she wants from life. We’ve seen her spend her time on the wild side and she’s grown up in the square.

‘Now, she’s working out what matters in life and what’s important to her.

‘She’s obviously got Scarlett, her daughter, whose in care and that’s given her pause for thought, and perhaps the maternal instinct has finally clicked with Janine, who knows?

EastEnders airs these scenes on Tuesday September 7 at 7:30pm on BBC One.