LAST night's DIY SOS: The Big Build saw Nick Knowles be called out by one of the epsiode's community workers.

A man in a hi-vis jacket unexpectedly called out the TV host, which caused a fair bit of drama. 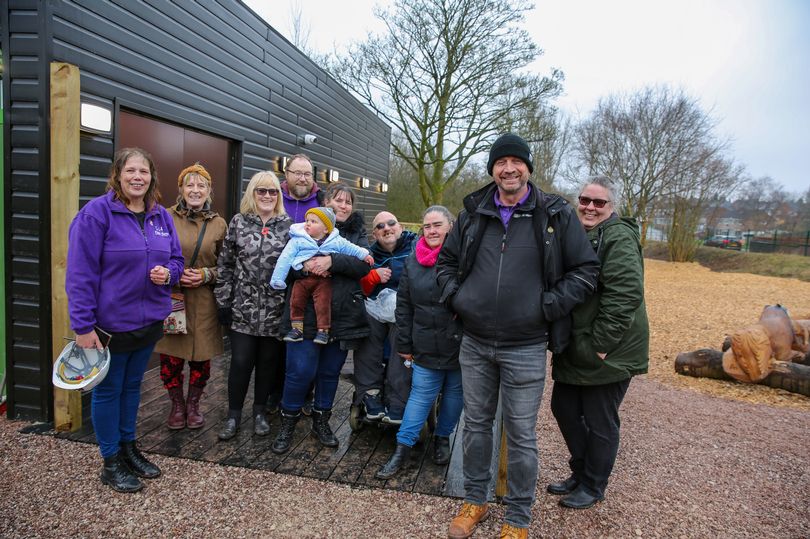 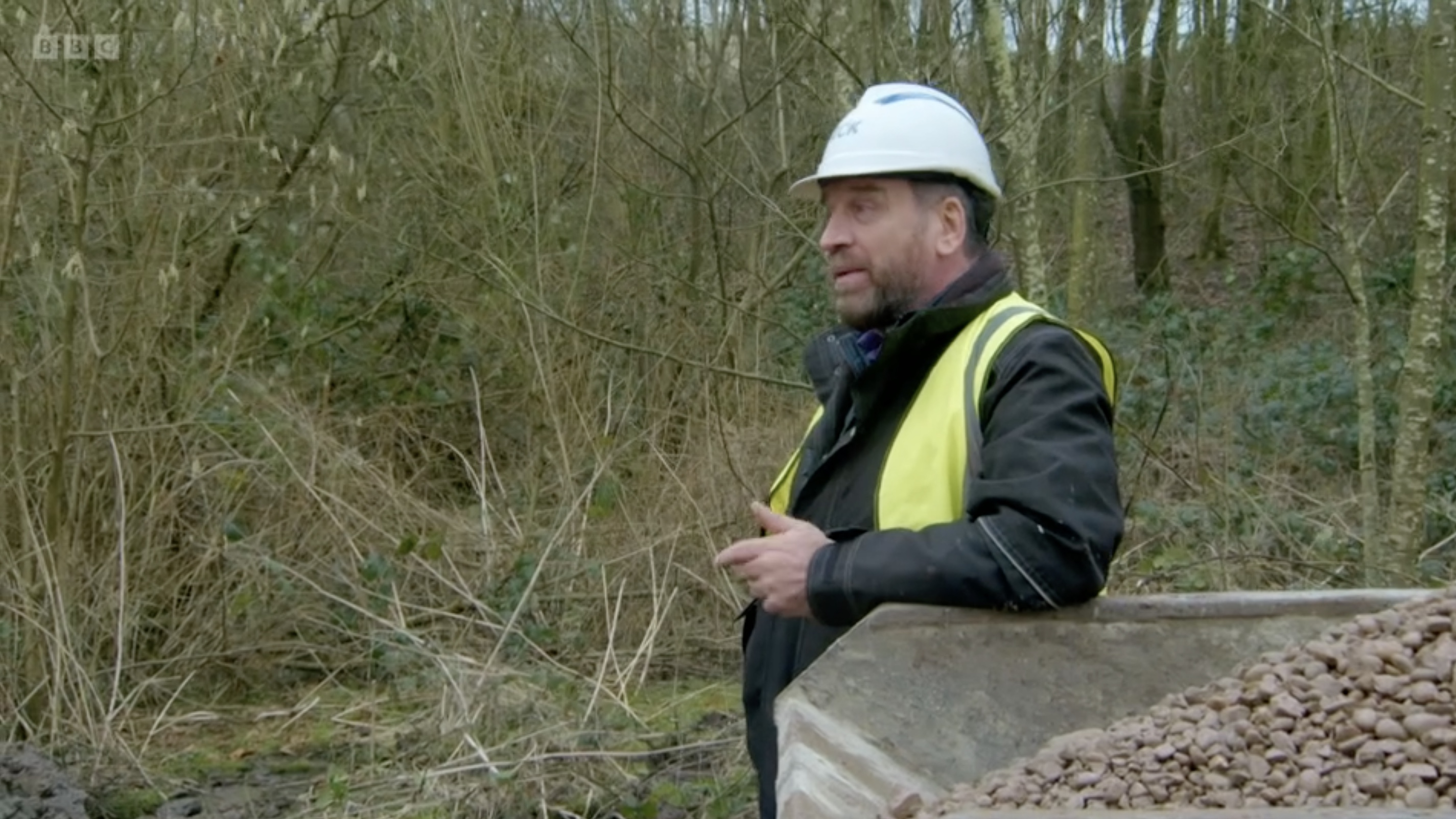 He and the DIY SOS team were setting out to build a community centre and garden for residents.

This would in turn help the most vulnerable and lonely people in Staffordshire.

However, things didn't run smoothly, as the project became a bit of a battle with the elements.

One work was underway on the site, Nick expressed some concern on the state of the water-logged ground.

He told the camera: "By mid-morning, we've found ourselves in a bit of a hole.

"The water table is like six inches below the surface. We've found the old stream, it's got nowhere to go."

He continued to explain, pointing at the nearby trees: "The line of trees grew in what was a ditch a long time ago.

"Because the roots fill up that ditch, water can't go down it so the water percolates into the ground around it."

Nick added: "Now we've opened this up, all of a sudden the water that has been making the ground boggy has been released, and you can see the speed that the stream has been running underground.

"The trouble is, where do we then send this water? Because when digging this hole, all we're doing is creating a swimming pool.

"If it rains really heavily, that water table comes up another six inches. Then we have a flooded site."

As the presenter was doing his link, an agitated worker cut in and said: "Well you ain't gonna change that. Because that's obviously the lay of the land."

Nick quickly replied: "We still have to come up with a plan, because otherwise the water table-"

He was cut off by the worker who yelled at him: "I know how water works!"

However, the presenter continued: "What's the point in planting vegetables and building an amphitheatre if it's all going to be six inches underground?"

The worker sounded annoyed as he yelled back: "What are you going to do? You cannot change the law of physics!"

The scene then cut to a drone shot, as Nick could be heard in a voice-over saying: "He sounds a little stressed. Does he sound a little bit stressed to you?" 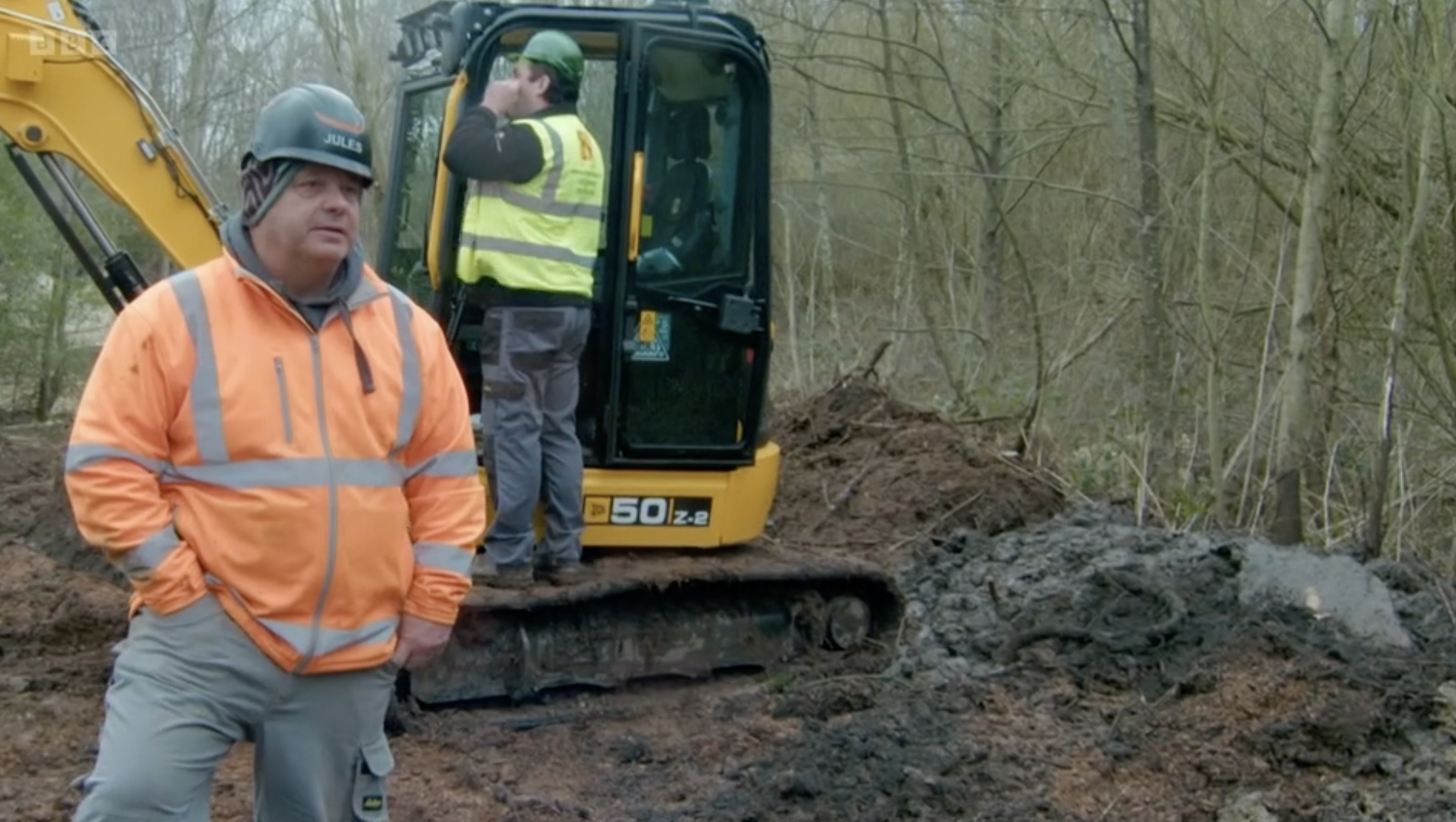