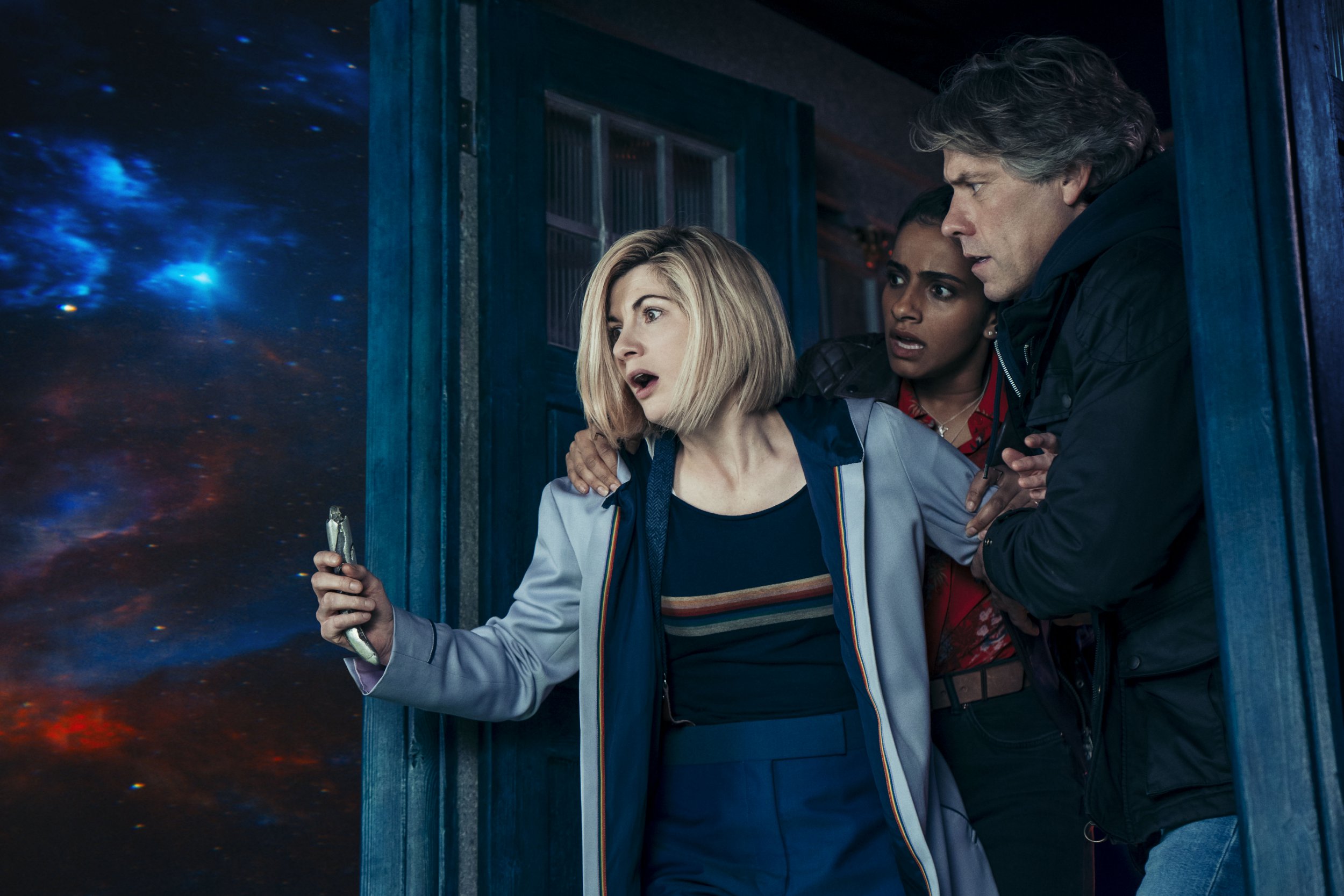 Doctor Who series 13 finally arrived tonight with Jodie Whittaker making her debut as the Time Lord for the final time.

Episode one of Flux was jam-packed with the return of iconic monsters such as the Sontarans and the Weeping Angels, while also introducing us to a bevy of new characters, such as Daniel Lewis played by John Bishop.

The official synopsis teased: ‘From Liverpool to the depths of space, via the Crimean war and a planet named Atropos, which shouldn’t even exist, fighting old foes and new creatures from beyond our dimension, the Doctor and company face a race against time to uncover a universe-spanning mystery: what is the Flux?’

With the long-awaited series 13 airing on BBC One tonight, here are the key moments that happened in episode 1.

What is The Flux?

The big mystery leading up to the series 13 debut surrounded one main question: What is The Flux?

In episode 1, we eventually learned that it was basically a huge ball of fire hurtling through the solar system and destroying everything in its wake.

As Karvanista explained, he was saving Daniel Lewis (John Bishop) from a ‘hurricane ripping through the structure of the universe, destroying everything’.

The Flux had already destroyed three planets as the Doctor felt it all, stating: ‘I can feel the universe breaking.’

‘The end of the universe is chasing us,’ she later added.

The Doctor began routing the Tardis back to Earth but the episode closed with The Flux threatening to disintegrate it.

We meet Dan (Bishop), from Liverpool not Sheffield, giving tours at a museum he no longer works at.

He’s later accosted at home by Chewbacca look-alike Karvanista, who zaps him into a holding pen and leaves Earth on his ship. When the Doctor arrives at Dan’s house with Yaz (Mandip Gill), they’re able to trace the ship’s route but quickly realise it’s not Dan’s laptop and that he’s been kidnapped.

It’s later revealed that Dan wasn’t being kidnapped by Karvanista, but instead being saved.

The Doctor and Yaz encounter a mysterious woman, called Claire (Annabel Scholey), who approaches the Tardis and says they’ve all met before in the past. While the Doctor can’t place her, Claire is confident they’ll meet again.

She’s later targeted by one of the Weeping Angels outside her house but, just who is Claire and what does she want?

We come across a couple asleep at night before being awoken by the villainous Swarm. The boyfriend immediately disintegrates after touching the lamp but the woman (Rochenda Sandall) is revealed to be his sister Azure.

However, what’s their connection to the Time Lord?

Doctor Who returns next Sunday on BBC One.