The student – played by Clay Milner Russell in the BBC soap – was helping his girlfriend pop open a bottle of champagne and ended up saying something very sexual. 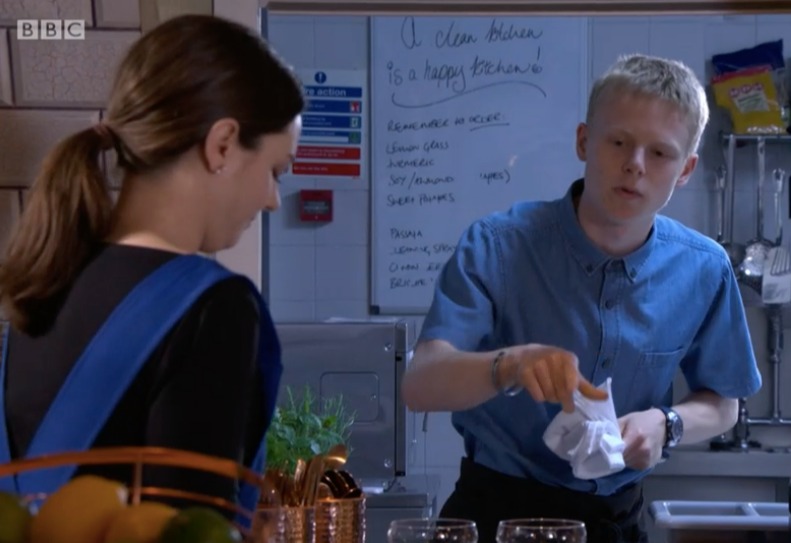 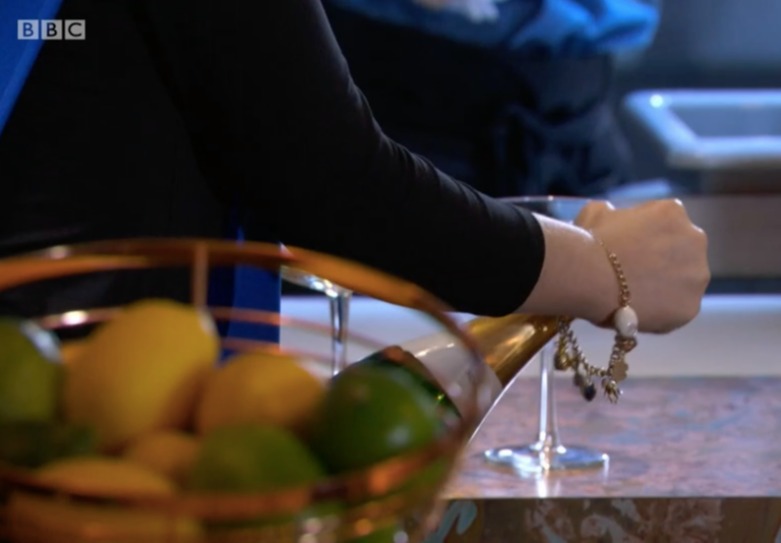 When the pair sat down at the bar, Dana (Barbara Smith) asked them if they'd like to open a bottle of fizz to get the celebrations started.

Bobby decided to step in and help his girl pop the cork without it going everywhere.

He said: "Hold on to it, make sure you've got a firm grip so it doesn't shoot out prematurely."

Dana instantly giggled back in his face as she realised what he had said and he innocently replied: "Sorry, I didn't mean it like that."

Fans of the hit show went wild for the cheeky comment, with one writing on Twitter: "Bobby innuendo to Dana “shooting out prematurely," with a laughing face.

Another wrote: "Bobby……," with a gif of Absolutely Fabulous' Patsy Stone saying "you filth".

Elsewhere in the episode fans were left heartbroken for Suki as she was brutally rejected by Honey.

In recent months the pair have grown close and the businesswoman decided to act on her feelings during Tuesday night's instalment of the show.

After some drinks at Walford East they went to the Queen Vic to carry on the party.

When Linda Carter told them the pub was about to shut, they decided to go back to Suki's for another drink.

Honey told Suki: “I like this side of you."

She continued: "Stop hiding it. You don’t have to be strong all the time. Okay? Let other people see funny, kind, incredible…”

Suki thought that Honey was trying to make a move, so went in to kiss her and quickly had to apologise for getting the wrong end of the stick.

EastEnders continues tomorrow at 7.30pm on BBC One 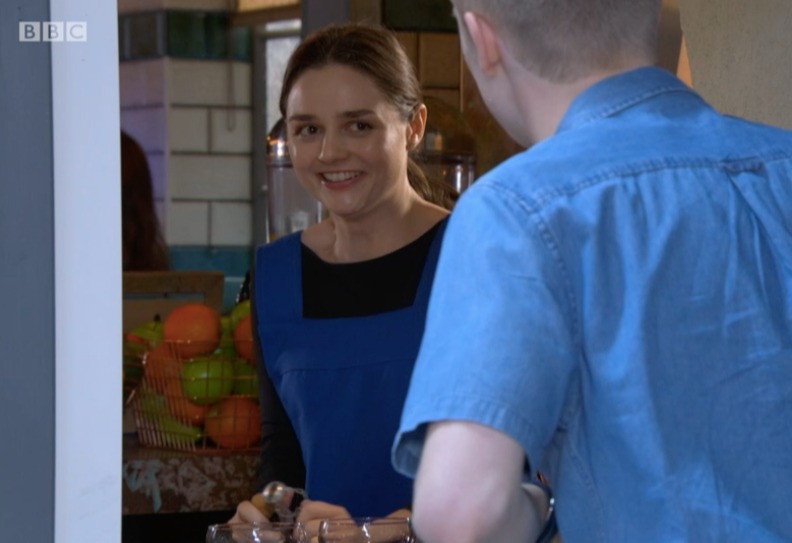