Callum Highway (played by Tony Clay) and his husband-to-be Ben Mitchell (Max Bowden) haven’t had the most conventional of relationships on EastEnders. However, next week, the pair gear towards finally tying the knot to commit themselves to one another for the rest of their lives. This may well include making a double exit from the BBC soap as it seems Kush Kazemi’s (Davood Ghadami) murder is going to have lasting consequences for the duo.

The drama kicks off next week when Kush’s partner Whitney Dean (Shona McGarty) tells Callum she won’t be going to his wedding.

This is because she is sure her boyfriend’s death was no accident and believes Ben had something to do with it.

Little does she know, villain Gray Atkins (Toby Alexander Smith) is the person who murdered the beloved character in a jealous rage.

With the solicitor acting innocent and naïve to the situation, the Mitchells have become the prime suspects.

Although he doesn’t want to, Callum starts to think his husband-to-be could have had something to do with their neighbour’s demise when he overhears the young gangster arranging a meeting. 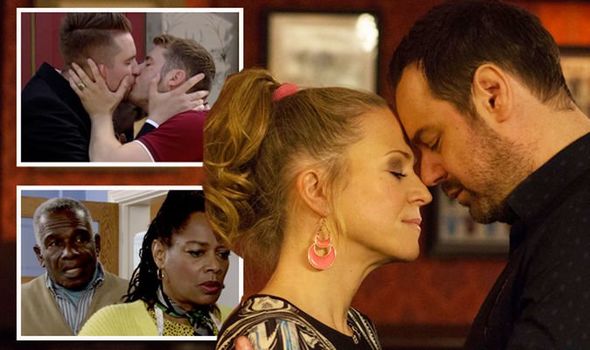 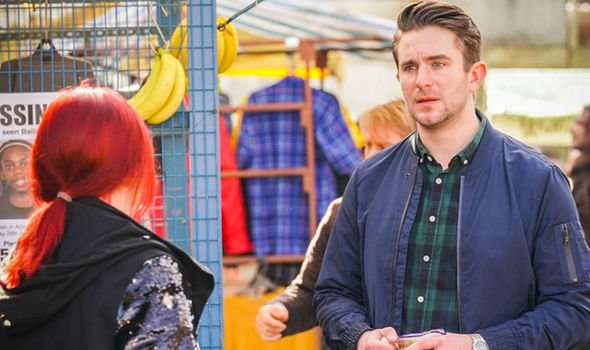 For once, Ben isn’t planning any criminal ventures and is instead working with Stuart Highway (Ricky Champ) to bring the brothers’ grandmother Violet Highway (Gwen Taylor) as a surprise.

However, when the matriarch of the Highway clan meets her grandson-in-law-to-be, she isn’t overly pleased with her first impressions of him.

The day doesn’t get any better as when Ben gives his partner another surprise, Callum is too distracted by the theories about Kush’s murder to care.

As the two men confront one another, Violet walks into the scene and catches on to the tense atmosphere between them. 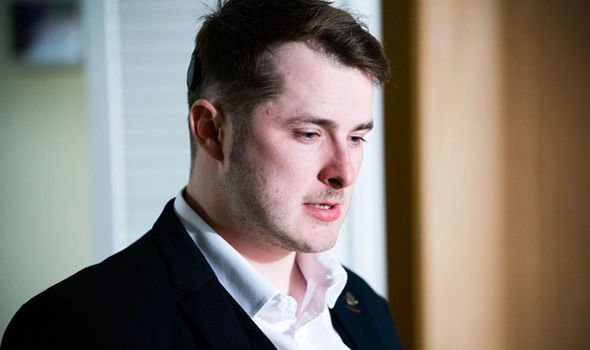 The audience will love her

Still not happy with Ben marrying her grandson, Violet questions the young gangster as to why Callum is so upset.

The criminal mastermind won’t reveal the true reason behind the argument but later on, he tells his husband-to-be he had nothing to do with Kush’s murder.

Phil Mitchell’s (Steve McFadden) son explains to his partner he wants no more secrets between them and this leads the policeman to make a big confession of his own.

Callum details how when he was working undercover, the target of his investigation was his partner’s father so he could be banged behind bars for life. 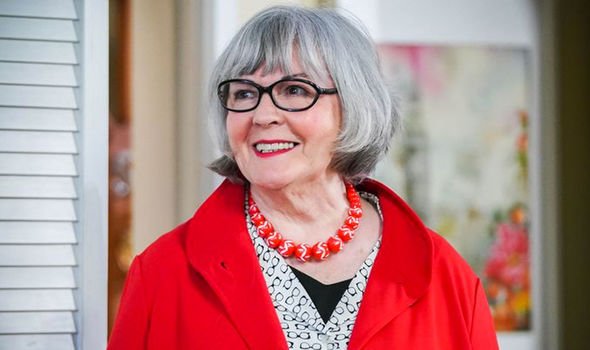 Furious with his husband-to-be, Ben demands answers and it’s not long before Phil is instructing Callum he needs to put things right.

Making a romantic gesture, the policeman tells his partner he will be waiting at the registry office for him so they can get married.

However, the one thing Callum can’t do is stop people thinking Ben was the one who killed Kush as Gray is very unlikely to confess to murder.

With idol gossip making the young gangster more and more paranoid he is going to be torn apart from his husband, he could suggest they leave Walford for good.

Knowing they won’t be able to live a peaceful life on the Square, Callum could agree to make the exit with his husband.

This would be heartbreaking as both have loved ones living in Walford, including Ben’s daughter, Lexi Pearce (Isabella Brown).

To be together and without anyone thinking Ben is a murderer would come with a heavy price but it would be one they would be willing to do as a committed married couple.

Though, with the young gangster out of the picture, how long would it be before Gray is exposed as Kush’s real killer?

The actor who plays Callum, Tony, 29, has spoken about newcomer and Violet actress Gwen, 82, and what she will bring to the show.

“I really think the audience will love her, as she’s just great. I feel very lucky that she’s playing my nan. She’s a gorgeous human being and a wonderful actor,” he said.

“Vi is probably from a bit of a bygone era. She makes a lot of quips at Ben and Callum like: ‘Things aren’t the same since the gays took over this place!’ To Ben and Callum, it’s like: ‘Are you for real?’

“But we get to see how that relationship pans out with Callum, Stuart, and Ben obviously. From the off-set, she embeds herself into the community and with other people,” the actor told Digital Spy.

EastEnders continues tonight at 8:30pm on BBC One.