EastEnders viewers haven’t seen Kim Fox (played by Tameka Empson) on-screen for some time after the actress revealed she had given birth earlier this year. Luckily, she reassured fans of the BBC soap she would be returning as her feisty alter-ego and sure enough, she’ll be back in episodes to come. However, in typical Kim fashion, she seems to have completely missed everything that has recently unfolded in Albert Square – but could she have some worrying news for her sister Denise (Diane Parish)?

Kim was last seen in Walford last year when she departed for a new job in Scotland.

The character has been sorely missed by viewers as her on-screen sister Denise has been propelled into the forefront of the soap’s drama.

Denise discovered her son Raymond – who she had put up for adoption – had been involved in a car crash.

The young boy was orphaned and Denise felt compelled to stop in and help the boy after most of his family members sadly passed away. 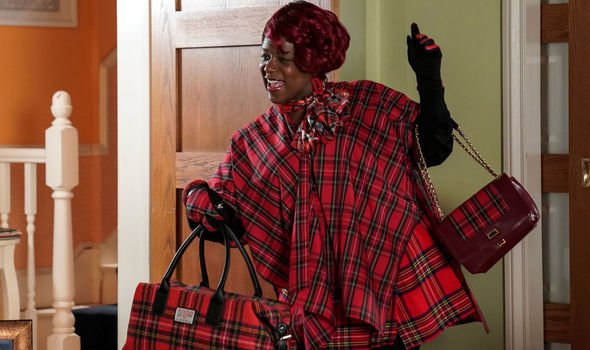 Luckily, Denise and Phil were able to put aside their differences and work to get their son back in their arms.

However, this has all gone on whilst Kim has been nowhere to be seen – but what will she think of the situation she arrives back to>

Later this month, Kim surprises everyone in episodes to come when she turns up unannounced. 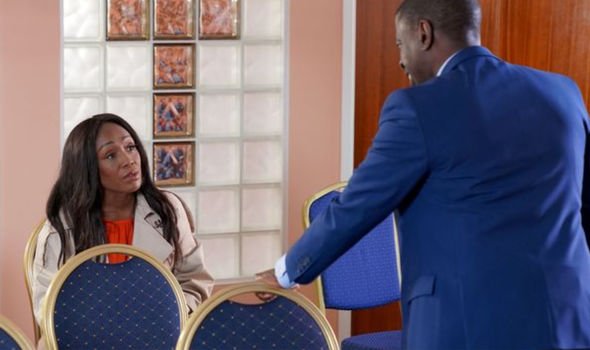 But the surprises are far from over as she quickly discovers what she’s missed in Albert Square.

She will surely find out the drama which has gone on without her around but could she have some secrets of her own to divulge?

Little has been spoken or said about Kim in recent months, so nobody knows exactly where the soap favourite has really been.

Kim star Tameka confirmed she would soon be returning to Walford this summer on Secrets from the Square.

What has brought her back to the Square after all this time and what has she really been up to?

Perhaps, the mother has got into a difficult situation which has forced her to have to make the move back home.

Could she end up telling her something she really doesn’t want to hear and leave Denise in a huge panic?

Fans know Denise’s murderous ex Lucas Johnson (Don Gilet) is set to be back in her life in the weeks to come.

But could Kim know something about the man’s intentions to try and reconnect with her which has prompted her to make a surprise comeback?

Elsewhere, Denise will decide to take another step this week as she struggles to bond with her young son.

Getting some advice from Raymond’s past, she goes to visit his old Pentecostal church, where his adoptive father was a pastor.

Supported by Jack Branning (Scott Maslen), Denise takes Raymond to the church and is pleased when he seems to appreciate the outing.

Afterwards, Denise seeks advice from the current pastor over how to help strengthen her relationship with Raymond.

Will Denise be able to get through to her son?

EastEnders airs Mondays and Fridays at 8pm and Tuesdays and Thursdays at 7:30pm on BBC One.