Sharon (played by Letitia Dean) had been looking up abortion clinics on the internet and Phil (Steve McFadden) questioned what was going on when he saw her screen.

It forced the EastEnders stalwart to come clean to her husband and tell him that she was with child.

She’s been keeping it a secret because she knows the father could be Keanu (Danny Walters), who she last slept with not long ago on the BBC soap.

However, she of course didn’t mention that part to Phil and told him she was concerned about being a late in life parent.

Phil was delighted at the news and was left beaming at the thought at having another stab at being a father following his poor efforts with elder children Louise (Tilly Keeper) and Ben Mitchell (Max Bowden).

He exclaimed: “Sharon, this is amazing, being a dad. Being a dad at my age, I can’t believe it.”

An evidently apprehensive Sharon replied: “Let’s just keep this between us for now though, yeah? It’s early days and all that.”

“But you’re sure it’s definitely happening?” he questioned as Sharon confirmed: “Yeah.”

Later on, the Mitchells assembled for a family meal and it was clear Phil was in a very good mood. 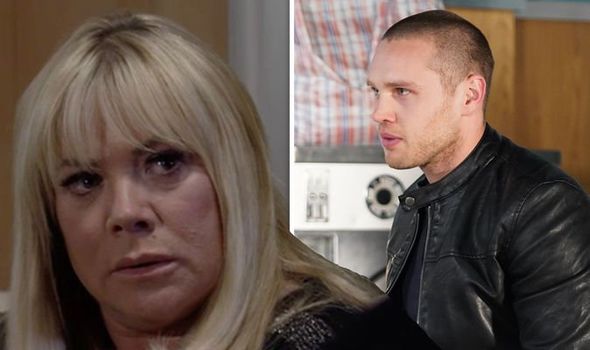 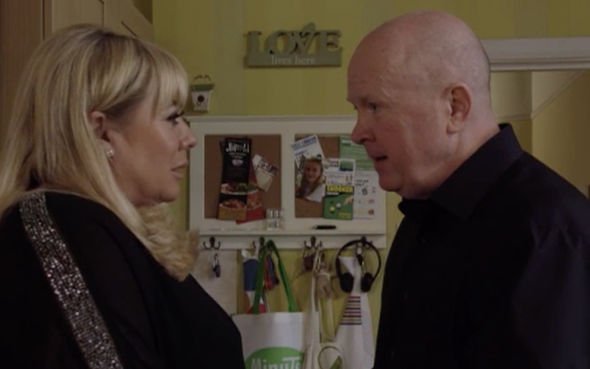 Despite Sharon’s protest, be began to announce her pregnant news and it was clear she wasn’t happy about it.

“You’re not the only ones planning for the future,” he said to Louise before turning to Sharon’s son Dennis (Bleu Landau) to add: “Me and your mum are too.”

“What does that mean?” a confused Dennis asked.

Phil explained: “Well, you’re going to have a little baby brother or sister. Sharon’s having a baby.”

He then lifted his glass to make a toast, stating: “To family, old and new.”

However, Keanu was notably absent from the meal and so he doesn’t know Sharon’s bombshell news. 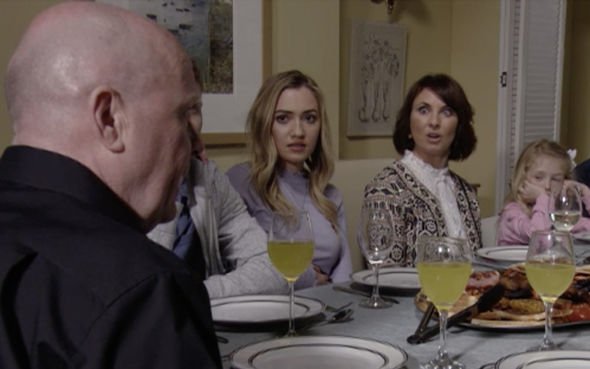 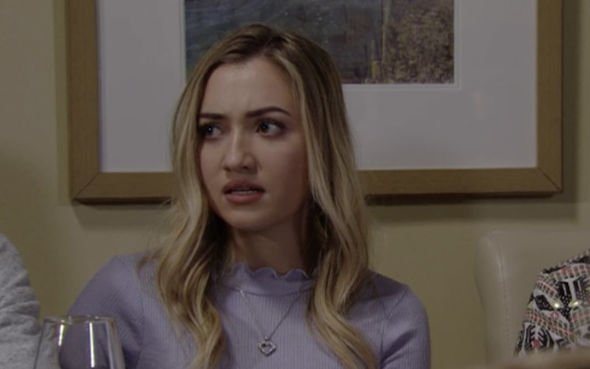 It’s only a matter of time before somebody fills him in and he’ll realise he could very well be the father.

Although it looks like things take a nasty turn for him as he is kidnapped next week on the soap.

With Sharon desperate to keep the truth about the pregnancy and the affair a secret, will she be the one to go to such drastic measures by locking up her toy boy?

It will come after Keanu tells Sharon he wants to tell Louise about the affair.

Could Keanu’s kidnapper be Phil, if he discovers what he was up to with his wife? Viewers will have to wait and see.

EastEnders continues Monday at 8pm on BBC One.