Home » TV & Movies » Ellen DeGeneres Mourns Twitch in Emotional New Video: 'Everyone Is in Pain and Trying to Make Sense of It'

Ellen DeGeneres is paying tribute to her longtime DJ Stephen “tWitch” Boss, who died by suicide on Dec. 13.

R.I.P., Twitch: Watch His Best Moments From So You Think You Can Dance 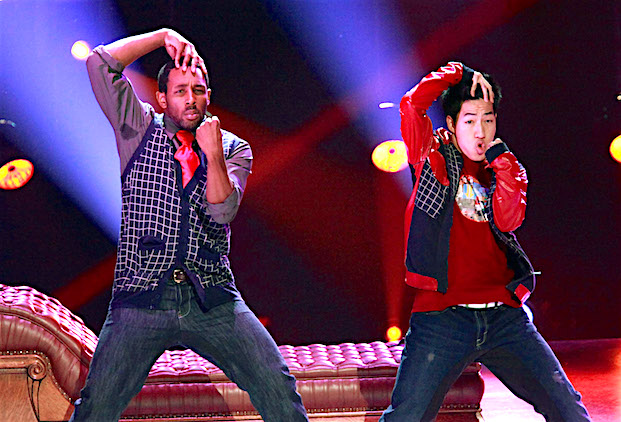 In a candid video posted to Twitter, DeGeneres — who previously released a written statement on social media — reflects on the “pain” of losing her colleague, then suggests the best way to honor his memory.

“I just wanted to say that the past 11 days have been really tough for everyone. Everyone is in pain and trying to make sense of it. We’ll never make sense of it,” she says. “The holidays are hard, I think, anyway, but to honor Twitch, the best thing we can do is to laugh and hug each other, and play games, and dance and sing. That’s the way we honor him. We do the things that he loved to do…. And I know it seems hard. It seems impossible. But that’s how we honor him. We hug each other and tell each other we love each other, and let people know that we’re there for them. Check in on people.

“I know it’s not a happy holiday, but he was pure light,” she continues. “If you knew him, you knew that. If you didn’t know him, you saw it. Let’s honor him and think about him and send love to one another.”

Boss first rose to fame as a Season 4 contestant on So You Think You Can Dance. According to TMZ‘s Dec. 14 report, he was found in a Los Angeles hotel room with an apparent self-inflicted gunshot wound. Allison Holker, Boss’ wife and fellow SYTYCD alum, confirmed his passing in a statement that remembered Boss as “the backbone of our family, the best husband and father, and an inspiration to his fans.”

He boarded The Ellen DeGeneres Show as guest DJ in 2014, and remained with the daytime series until its conclusion in May of this year. He was upped to co-executive producer on the show in 2020 and frequently guest-hosted in DeGeneres’ absence.

If you’re thinking about suicide, are worried about a friend or loved one, or would like emotional support, dial “988” for the National Suicide & Crisis Lifeline.