Emmerdale fans were distraught when Robert Sudgen (played by Ryan Hawley) said his goodbyes to Aaron Dingle (Danny Miller) in the prison visiting room, as the latter didn’t know it would be the last time he would see his husband. A year on, Aaron has finally come to terms with Robert’s rejection, but in upcoming weeks a surprise could set him back.

ITV viewers won’t be fully satisfied with the soap storylines until Robert is back in the village with Aaron.

But with the actor wanting to broaden his horizons, a newcomer has arrived and sparks are set to fly between him and the scrapyard manager.

This week, Aaron was introduced to Ben (Simon Lennon), who works at the HOP on the water sports.

While Ben recognised the Dingle, Aaron didn’t have a clue as to who was standing in front of him. 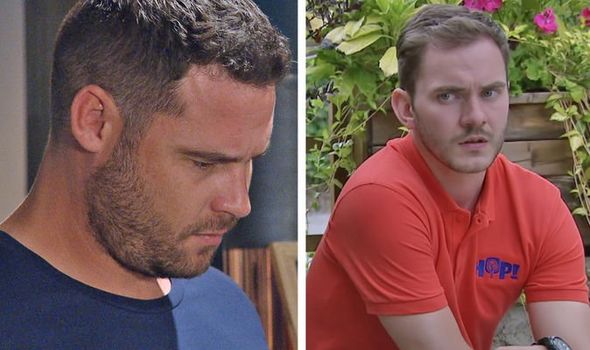 But things got tricky when Ben revealed how the two knew each other; from school.

Aaron was left mortified when he realised he used to bully Ben for being gay.

There have been suggestions Ben will be Aaron’s new love interest, but his chance of happiness could be thwarted by Robert’s communication. 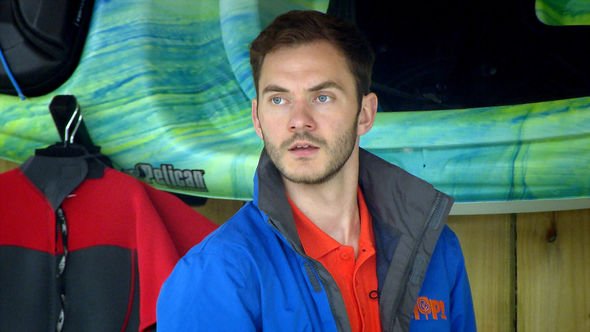 In upcoming scenes, Aaron will receive a letter and the contents will leave him blindsided.

But what does it say?

Fans have been theorising bad news for the favourite.

“I stg if #emmerdale kills Robert off screen and that letter that Aaron is receiving is to inform him of that, I will riot #Robron,” one said. 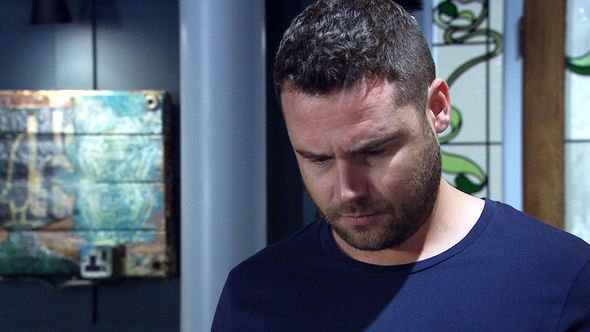 Another wrote: “Ben does seem nice hopefully that’s all genuine, Aaron deserves a good break in life now after everything that’s happened who knows what this ominous letter is going to do to him… #Emmerdale #AaronDingle.”

Someone else replied: “Lot people think Ben could be back for revenge and will  play nice with Aaron until the perfect time comes to strike. People also think Ben forgive Aaron to quick. I agree Aaron deserves break in life and what will the letter do to him.”

“There is strong similarities to Jackson for sure,” one mentioned.

Others commented on the storyline in general: “Besides it’s not fair for Aaron to be sitting around waiting for Robert to come back from jail so we at least I might as well tuned in and watch this play out #Emmerdale.”

“I will admit it’s good to see Aaron like that and Ben seems super sweet and lovely but he isn’t and will never be Robert #robron #emmerdale,” a tweet read.

Meanwhile, a viewer wrote online: “There he is Aaron’s new man I just want him to be happy I honestly do miss Robert tho #Emmerdale.”

The last bit of correspondence Aaron had with Robert was him petitioning for divorce.

Could this be the prison informing Aaron of an accident? Or perhaps he is being moved to another location?

Emmerdale airs Monday, Wednesday and Friday at 7pm on ITV.

Gruesome Halloween display showing a man ‘killed by a chainsaw’, a wheelbarrow full of severed limbs and a body bag

Gruesome Halloween display showing a man ‘killed by a chainsaw’, a wheelbarrow full of severed limbs and a body bag