This week on Emmerdale, Lydia Hart (played by Karen Blick) will be arrested for a crime she didn’t commit. Once again it will be Paul Ashdale (Reece Dinsdale) causing havoc from his grave, and this time around it is about dodgy pop-ups and a pension scam. The actress who plays the Home Farm cleaner spoke about her current storyline and the predicament her character finds herself in. Karen also teased the possibility of a new Dingle family member being introduced.

Last month, Lydia found out Paul had taken a credit card out in her name and maxed it to its limit.

She was responsible for paying the debt unless she could prove she didn’t make any of the purchases.

Charity Dingle (Emma Atkins) came to the rescue and gave her a roll of dodgy cash to pay the credit card company, but as one problem is solved another arises in the form of Paul being the mastermind behind a pension scam which he used Lydia’s computer to carry out the deals.

When asked how Lydia was coping with everything that is going on, Karen said: “She’s not coping very well with people gossiping about when the village [and] thinking the worst.

“For Lydia, her reputation is important; at times says she’s not bothered what other people think, she is a good person and she doesn’t want to be seen to have done something that she hasn’t – she’s [the] innocent party in this. 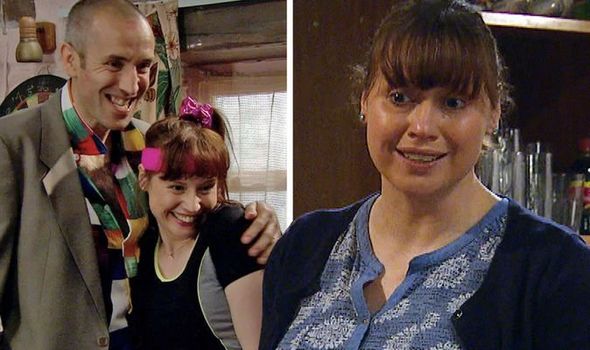 “So, [she is feeling] the frustrated with trying to prove her innocence [and] fear because the police have said she could go to prison for this. [There his also] the impact on her wider family.”

With everything that is going on, Lydia is still forging ahead with becoming a counsellor.

And when asked why she thinks people confide in Lydia about their troubles, the actress continued: “What I love about Lydia and I think what people see is there is an innocence to her, she’s kind of a bygone age almost. So I think people instantly trust her.

“She’s not a gossip – she does enjoy sitting down with with Mandy or any of the other Dingles and having a chat about what’s going on in the village – but if somebody confides in her, then she takes that really seriously, she wouldn’t divulge people’s personal business.

“And she just cares about people –  she’s been through a lot herself – she cares a lot.”

And this week, Lydia has a job interview and while it goes “really well” the police turn up and arrest her. 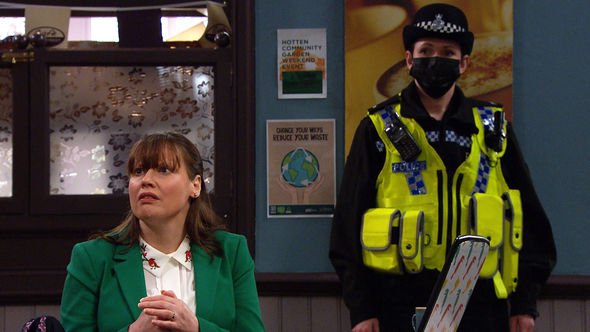 “The police turn up at the Dingle’s [house] while she’s having the interview in the cafe via zoom,” Karen explained.

“Sam takes the police officer to the cafe where Lydia is having this interview and she is arrested at that point, because the police have traced a scam – a pension scam – to Lydia’s laptop and online identity.

“She’s [apparently] the orchestrator of this scam [and] she’s set it up it’s come from this laptop. Obviously, Lydia hasn’t done this and it’s the first she’s heard of it.”

But, she has the full support of all the Dingle’s: “As soon as one of them is up against it – especially with the police – the Dingle’s rally around to help her and boost her confidence,” she said.

As for what the next couple of month’s look like for the cleaner, apparently this is just the start of worse to come for her.

“She doesn’t have much luck – bless her!” Karen commented. “There are repercussions for Lydia off the back of this and she has some unpleasant encounters.”

The actress also spoke how she felt with Lydia being another one of Paul’s victims: “I thought ‘Oh my gosh, he’s [Paul] managed to do a lot!’

“I thought it was great, a brilliant story; that ripple effect of someone’s behaviour and the wider implications – I think that makes great stories.

“And also because Lydia was unsure about Paul, he had kind of threatened her in the village and she had doubts about whether he was right, right for Mandy. 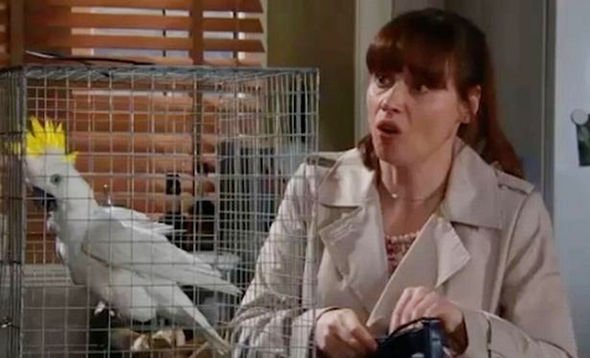 “But she always likes to see the good in people and the only reason she found out about the credit card fraud was that she tried to get out a loan to pay for [his] funeral.

“So I thought it was great that she was to be involved again in a brilliant big storyline and for Lydia to have repercussions off the back of Paul’s actions,” she added.

“But it’s great, it’s great to play a nice, strong Yorkshire woman in Emmerdale. It’s good to have that wide representation in the Dingle women as well, there’s lots of different qualities that are seen within the female characters.”

Karen was also asked whether she would ever have another pet parrot – to replace Steve.

“Steve has a special place in her heart, and I don’t think he can be replaced!” She laughed.

“Lydia was going through a particularly challenging time in her life when she found Steve in that pet shop, and I’m hoping that she’s moved on now, and found love and fulfilment in a different way but you never know.”

For those who aren’t aware of Steve, he was a depressed cockatoo and was an “unfriendly so and so who often bit people”.

In May 2017, Steve died after escaping from his cage and flying out the window into some power lines.

Following her beloved parrot’s death, Lydia had the animal stuffed by a taxidermist.