Victoria (played by Isobel Hodgins) has so far sought comfort from Moira Barton (Natalie J Robb) following her rape ordeal on Emmerdale, with her former mother-in-law urging her to report the attack to the police.

During the ITV soap’s Big Night Out episodes, Victoria was seen leaving the club with a stranger, with flashbacks of the night in question a few weeks later revealing what subsequently followed.

Since Lee (Kris Mochrie) raped her, Victoria has gone on to discover she is pregnant with his baby, which has left the Woolpack chef with a lot to think about.

In the coming week, Victoria’s loved ones will discover why the young woman has been so distant, but the truth about her baby could come at with regards to her relationship with brother Robert (Ryan Hawley).

It puts distance between them

Upcoming episodes will see Victoria confide in Robert and step-mother Diane Sugden (Elizabeth Estensen) she is keeping the baby, news which doesn’t go down well with her brother.

With Robert out for blood and also unsupportive of his sister’s decision to go through with the pregnancy, actress Isobel Hodgins, 25, has spoken out on how the siblings’ relationship will become fraught.

When speaking of who will support Victoria after she drops the bombshell, the actress told metro.co.uk: “I want to say Robert, he’s trying his best, but he’s making mistakes.

“He just wants to be there for her and he wants to look after her but he puts pressure on her which she doesn’t need.

“It puts distance between them because he’s just upsetting her, he doesn’t mean to but he is,” Isobel went on to tease, so could it be the revelation is the beginning of a new feud between the Sugden pair?

The Emmerdale star went on to add of Robert’s reaction: “He wants to help, but he just keeps making it worse with what he’s saying.” 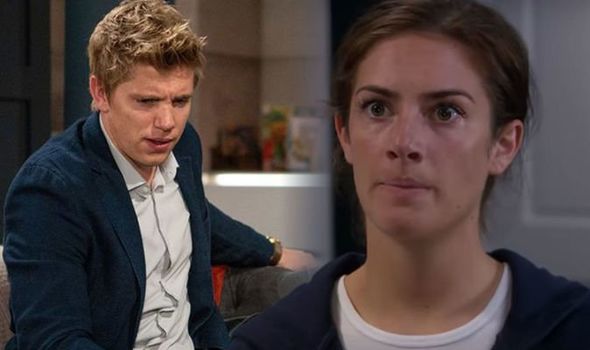 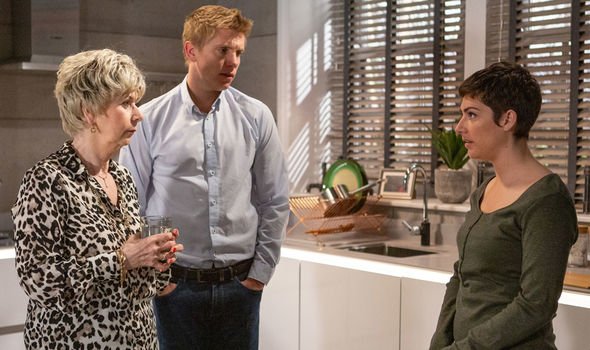 Viewers will have to wait and see if the news breaks the siblings for good, but it won’t only be Robert who struggles with the news.

The young woman is still reeling from what has happened to her and faces the prospect the investigation could now be in jeopardy.

Devastated by what had happened to her, Victoria ended up getting rid of all the clothing and bedding in the initial aftermath of the attack, which could have provided evidence against Lee and led to the police arresting him.

However, with all the evidence gone and Victoria reporting the rape some weeks after it happened, it appears her case against Lee is hanging by a thread, leaving her in further despair.

As she finally opens up to her friends in the village, but struggles to explain how the situation unfolded, will they stand be her in her hour of need? 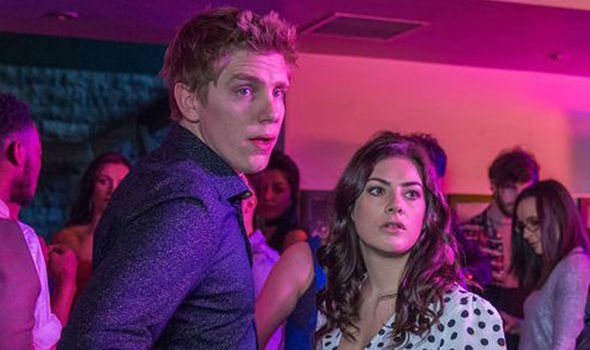 In a shock turn of events this week, Harriet and Finch ended up in a passionate embrace after arraign about Will’s daughter Dawn Taylor (Olivia Bromley) and how their bitter feud was putting her at risk of relapsing back to drugs.

Since Dawn arrived in the village, Harriet believed Will had died during his time in prison, having been an undercover cop when the pair met years before which led to an unexpected relationship when the vicar fell in love with the criminal.

Could the moment of passion be Harriet’s own way of getting back at Will for making her believe he was dead and having taunted her in the weeks before he came out the shadows?

The last few weeks have also seen Emmerdale icon Lisa Dingle (Jane Cox) bow out of the soap after succumbing to a terminal heart condition, but could Sam Dingle (James Hooton) take a dark path as he struggles in the aftermath?

LOS ANGELES — The city already had a notorious history for rappers, and in the last month at least two

LOS ANGELES — The city already had a notorious history for rappers, and in the last month at least two