EMMERDALE’s Danny Miller has revealed his newborn son's name just days before he enters the I'm A Celebrity castle. 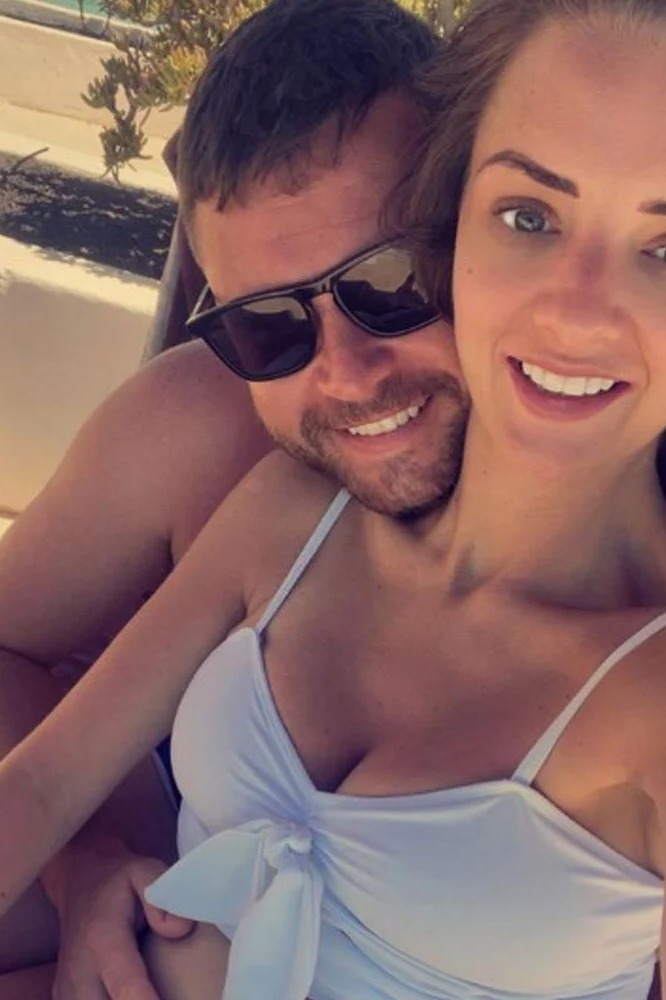 The couple this week revealed to OK! Magazine that they've named their adorable baby boy Albert.

The actor, best known for playing Aaron Dingle on the ITV soap, has now entered quarantine to ensure he's Covid safe in the I'm A Celebrity castle.

He was picked up before sunrise in a chauffeur-driven vehicle to try and enter quarantine on Friday.

Steph was seen giving him a final kiss as he went into a shop to get his last few treats before a diet of rice and beans.

Last month he shared a snap of his partner holding their baby’s hand as he revealed Steph had given birth.

He wrote: “I was lucky enough to find someone who shines bright enough to lead me out of the dark, but I never imagined to be lead to the brightest place imaginable.”

The couple, who announced they were expecting in February after a year of IVF treatment, only found out the sex of their child when Steph gave birth.

Danny previously admitted he was "nervous" about becoming a dad for the first time.

He said he was not a "solid-stomached" person and worried he wouldn't cope.

He told OK! Magazine of their birthing plan: "Yeah, I'd be lying if I said I wasn't nervous, I think it's good nerves, though.

"But sometimes I do get a bit like. 'Oh God, what if I do this wrong?' I'm nervous about that but I think to learn and to grow, you've got to learn on the job."

Danny will complete a trio of actors from Britain’s most-watched soaps in the castle going into I'm A Celeb.

He will be joining Simon Gregson, 47 — Coronation Street’s Steve McDonald — and Adam Woodyatt, 53, who plays Ian Beale in EastEnders.

Danny is known for some of his controversial Twitter spats, with some calling for him to be sacked from the show for using expletives on his feed.

At one point he quit Twitter in a rage at trolls attacking his girlfriend.