Escape to the Country: Couple reveal choice to Jules Hudson

Escape to the Country was being brought to BBC One viewers by Jules Hudson and he was in the Peak District helping Mike and Carol make the move from the Netherlands to the UK after 30 years of living abroad so they could be closer to their children. As for what they were hoping Jules could find them, they wanted a property that had a large downstairs space, three to four bedrooms as well as two annexes, or a two-bedroom annexe for their elderly mothers to stay with them from time to time. All of which was doable with their budget – which Jules said was the most amount of money he has dealt with on the show.

“Shall we talk about your budget for this move? Who’s going to confirm it for me?” Jules asked and Carol replied: “Michael will confirm it.”

“If we’re talking about a house that needs a lot of effort spent on it then probably about a million is as far as we’d want to go,” he said.

“And if it was ready to move into tomorrow, with everything organised, even up to £1.5million, that’s the absolute limit.”

“I have to confess, I think £1.5million is the biggest budget I’ve ever had to play with on this show,” the presenter remarked. “But I do want to get it right, so we’ve got a lot of work to do.”

The first house was in the hamlet of Kettleshulme, Cheshire and it was originally built in 1719, with its associated barn which had a one-bed annexe at one end and a fabulous games room at the other.

To add to this, it came with 15 acres of garden, paddock, outdoor school which could be sold to the local community should Mike and Carol not want them. 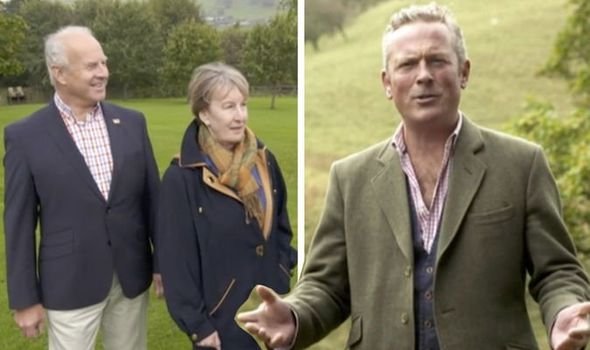 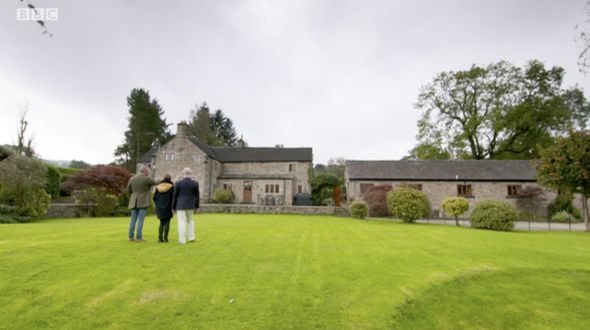 Inside, some of the low ceilings and smaller windows were a bit of an issue for the couple, but the grand master bedroom, ensuite and dressing room was a plus for them.

The second viewing took place in the “pretty conservation village” of Marple Bridge.

“Pretty much what you see is what you get,” Jules explained as they arrived. “All in all, it’s just under four acres. What a spot! And, of course, the house is geared up to make use of this stunning view of the lake.”

The property, which was originally built in the 1970s had been completely remodelled into a contemporary home with an open-plan layout inside.

Outside, there was a double carpool which could be converted into separate spaces for their mothers to stay in when visiting, and a magnificent fresh water lake which was around an acre in size and home to a multitude of wildlife. 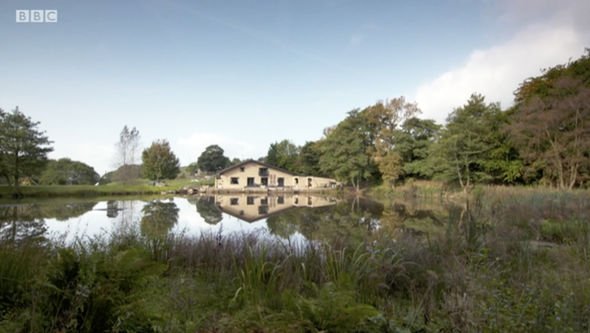 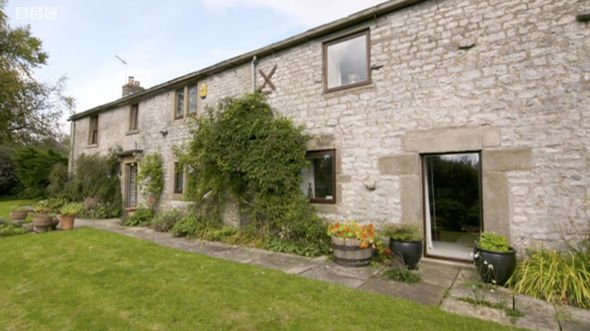 The Mystery House was based in the heart of the Peak District, in the small hamlet of Wheston, Derbyshire.

Jules explained how the final house was “the smallest of offerings and the furthest from Mike and Carol’s family”.

But it was the lure of the central Peak District location which Jules thought was “a risk worth taking”.

The property was an original farmhouse with agriculture buildings attached and had been completely reconfigured by the current owners.

Jules was hoping for Mike and Carol to keep an open mind and when they stepped into the kitchen, they were rather silent.

“Now I’m scared,” the presenter commented. “Don’t look at me like that!” 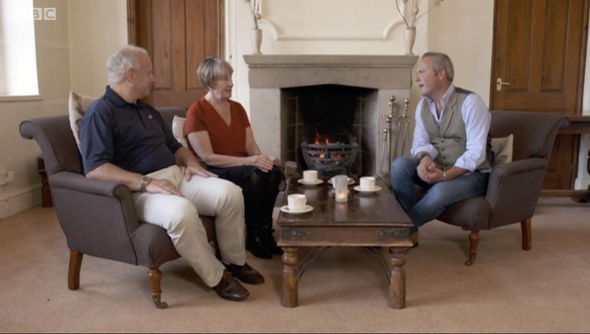 “It’s a very large area, dining kitchen, very charming,” Mike said. “The interesting thing is it has a higher ceiling than the first house which was so impressive.”

“I think in fairness you would update this but I think that’s the fun of it – you can configure it,” Jules added.

Jules then led the couple into the main living room and while they liked certain features in the room, Jules had the sense they couldn’t see themselves living there.

“I think I would change it,” Mike said. “I would want to modernise it.”

Upstairs there were four double bedrooms and there was a separate studio, or bedroom at one end which could be accessed via a separate staircase.

Jules and the couple then left the property and said: “It’s a bit of a warren to get her, but when you do, you find this – it’s a part of this enormous outbuilding. 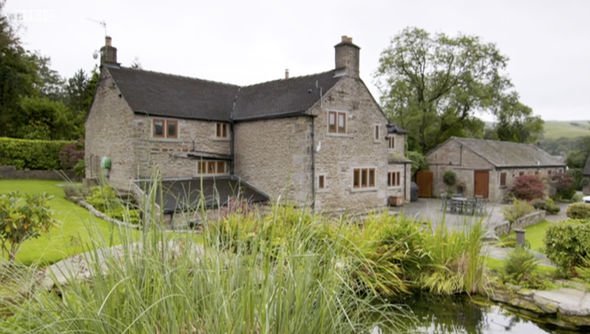 “This used to be a jewellery workshop and beyond this there are several other rooms. But the basics are here for you to reimagine this, with an architectures help and converting it into another small cottage.”

“I think you can make a lot out of this,” Mike said.

The couple then joined Jules to discuss their property search and Carol said: “I think for me, the house that stood out was property number one because it was almost ready to move into and it had a lot of things we needed.”

And Mike agreed: “I think it was the favourite one for me as well.”

Carol went onto say they wanted to explore putting a conservatory onto the front of the property and have another look at the height of the ceilings.

Escape to the Country airs weekdays at 3pm on BBC One