DAVID and Romeo Beckham looked like twins at Euro 2020 last night – as they watched England in impeccable matching suits.

The famous pair were spotted by fans in the TV coverage for the 0-0 draw with Scotland and instantly started trending on Twitter. 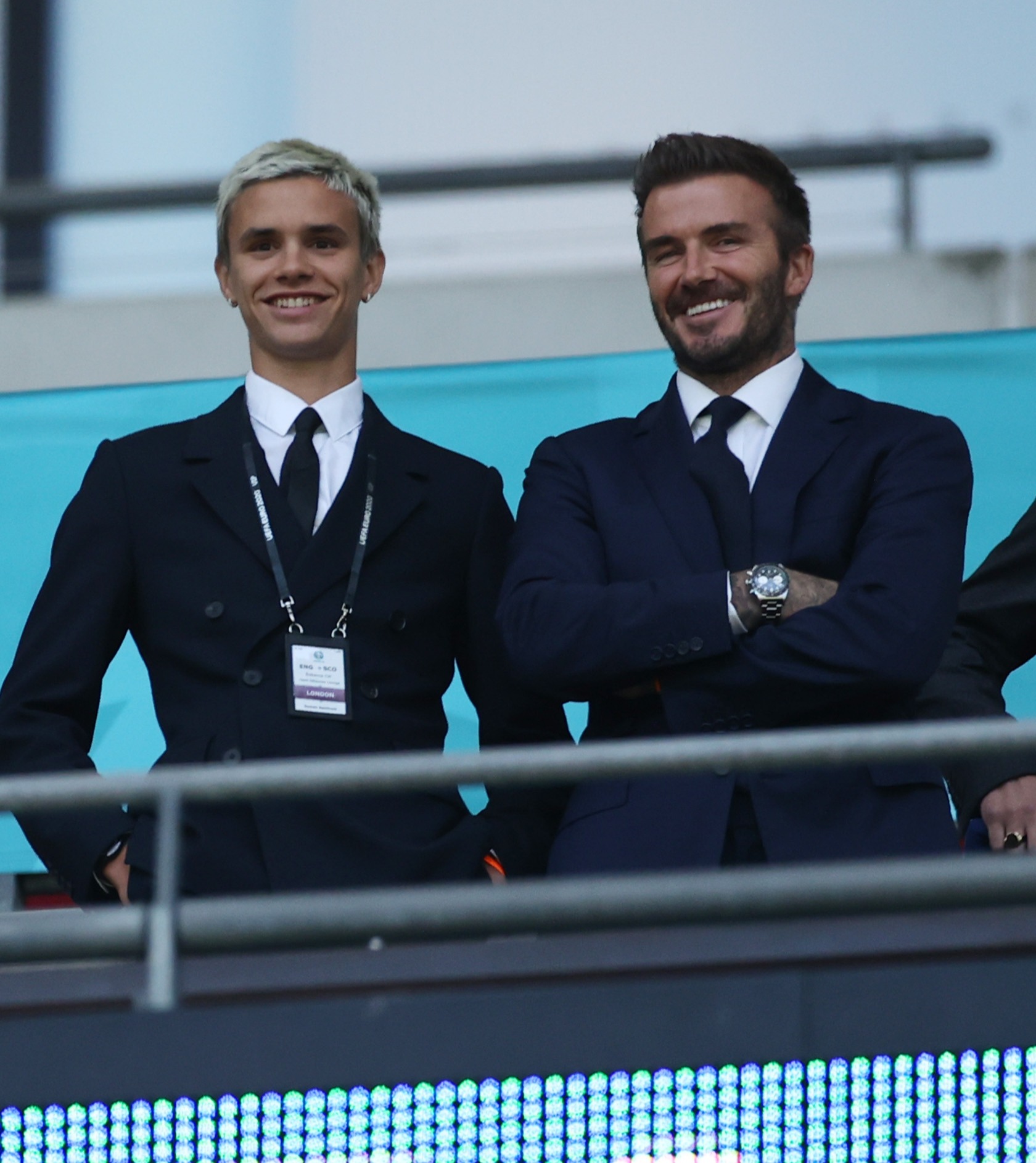 Romeo, who had been seen driving a gleaming new Maserati around London just the day before, wore a dark suit like his dad.

With his bleached blonde hair, he looked like the football star back in 2017 as they stood side by side.

At one point Romeo, like a true teenager, whipped out his phone and started taking pictures while dad stood beside him with his arms crossed.

Mum Victoria didn't appear to have made the trip to Wembley but she posted a special England-themed throwback instead. 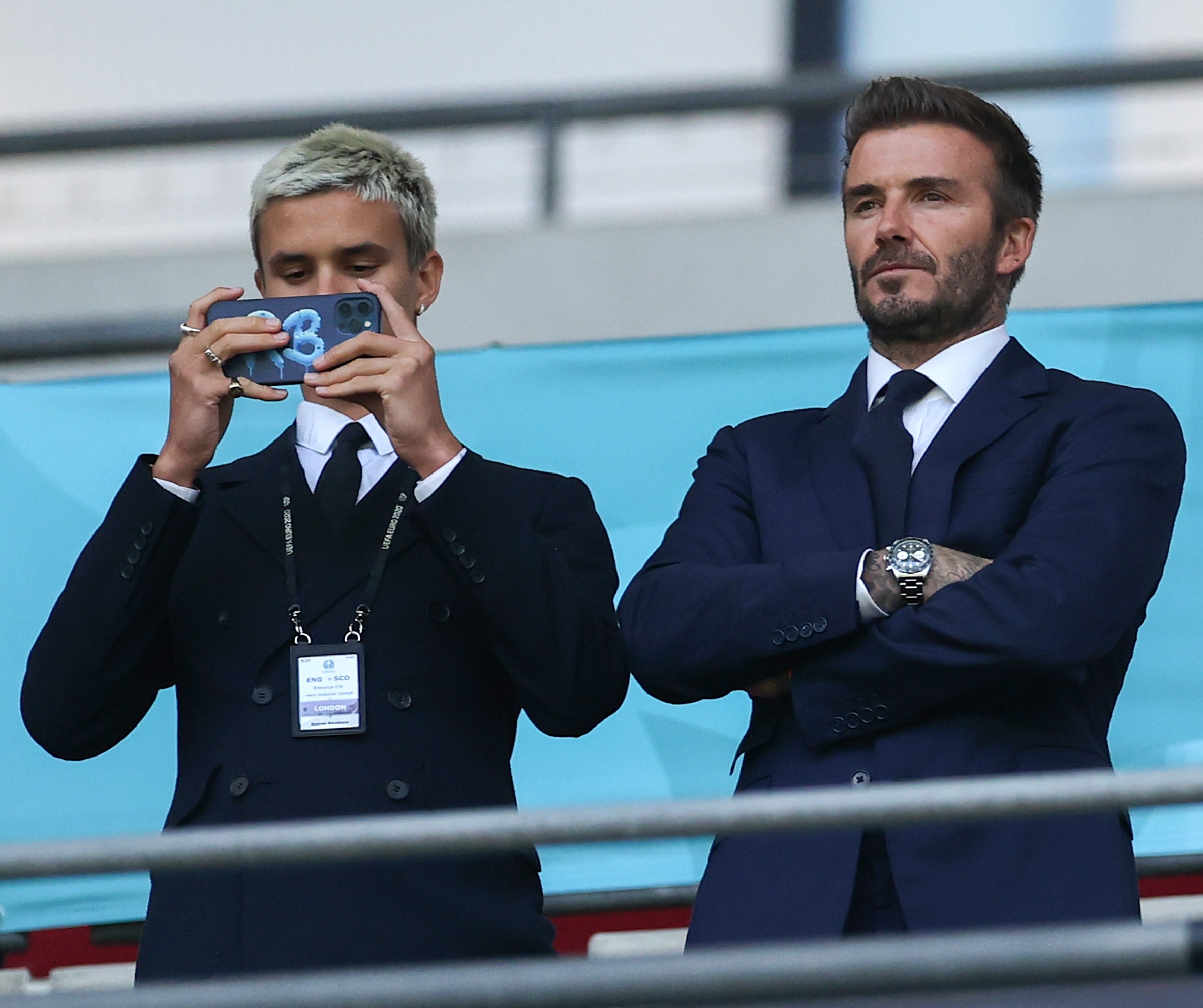 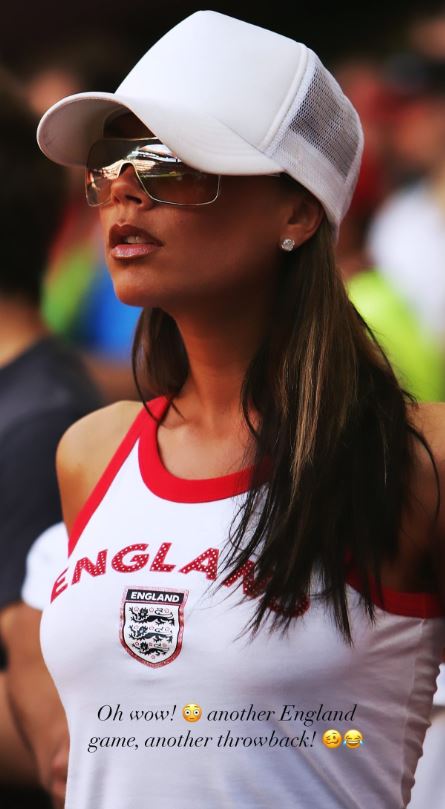 The former Spice Girl shared a picture of herself back in her WAG days in a white baseball cap and shades.

She was seen watching the game in an England-branded vest writing: "Oh wow! Another England game, another throwback! 😂."

Victoria was regularly snapped alongside the likes of Cheryl Cole as they went to support their husbands on England duties around the world.