Season five of Fear The Walking Dead has kicked off now and started airing on AMC in the US on Sunday, June 2 and on AMC UK in Britain at the same time. The opening episode marked a changeup in The Walking Dead spin-off series as new cast members took the lead with Morgan Jones (played by Lennie James) and Alicia Clark (Alycia Debnam-Carey).

The new series will see our heroes trying to make a better life for themselves in the zombie apocalypse.

Season five seemed to have a similar feel to the A-Team – if the show was set during the zombie apocalypse – as Alicia, Morgan and co. went about trying to help other survivors and build up a strong unit.

The season four finale saw the group going through Al’s tapes to try to find people to help including Logan.

HOW MANY EPISODES ARE FEAR THE WALKING DEAD SEASON 5? 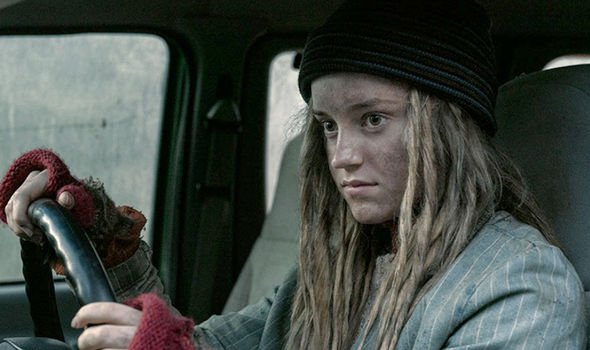 Episode one titled Here to Help started off with the main characters crash-landing back into the frame.

The season premiere opened with a rescue operation with Alicia, Morgan John Dorie (Garret Dillahunt), June (Jenna Elfman), Al (Maggie Grace), and Luciana Galvez (Danay Garcia) trying to save Logan (Matt Frewer) and getting more than they bargained for.

In dramatic style, Alicia and the others emerged from a plane crash and quickly started to take on Walkers after emerging with only propellor blade the undead with.

She helped boys Max (Ethan Suess) and Dylan (Cooper Dodson) who were trying to hunt deer and unintentionally attracted a group of Walkers.

After the group managed to get through the Walkers with the help of Dylan’s sister Annie (Bailey Gavulic), they carried on to try to find Logan at a truck stop.

Sadly, when they arrived no one was there and instead, the missing Logan contacted the group via a walkie talkie to confirm he’d taken over their base while they were on the rescue mission.

Logan informed them their headquarters actually belonged to him and Clayton (Stephen McKinley Henderson) but disagreed with his former partner’s policy of helping people. 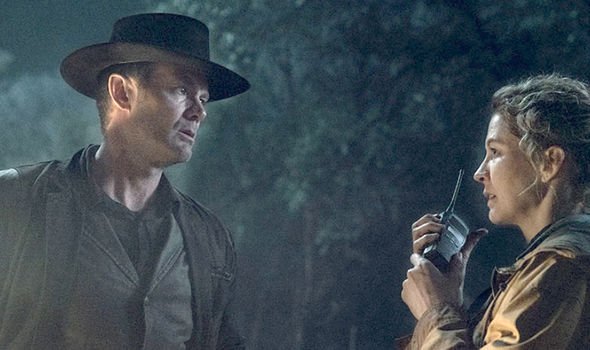 Victor Strand (Colman Domingo), Charlie (Alexa Nisenson), Sarah (Mo Collins), and Wendell (Daryl Mitchell) returned to the base where they found Logan had indeed taken over with their belongings unceremoniously dumped outside.

Charlie decided she would try to sneak back into the mill, while Victor was more preoccupied by Al’s distress call.

Victor was busy focusing on trying to get his hands on another aeroplane to help his friends however there was a slight hitch when he discovered the person with the aircraft was Daniel Salazar (Rubén Blades) – who fans thought was dead until now.

WHERE IS FEAR THE WALKING DEAD SEASON 5 FILMED? 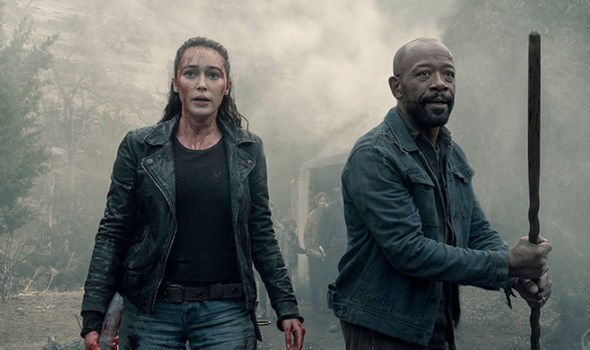 Meanwhile, Al seemed to find herself in more trouble as she was intrigued by a Walker dressed in black military uniform.

As she was engrossed with filming the dead body and trying to figure out who the zombie could have been, Al was knocked out.

Audiences saw the figure dressed in similar black regalia, which looks like it will lead us to another big, bad villain in season five.

Hopefully, this strange military group could offer some clues about the outbreak, along with the mention of the radiation zone.