The sixth season of The Walking Dead spin-off, Fear the Walking Dead, is set to make its dramatic return next month. When the AMC series picks up from the last episode, a chilling image from the new trailer has teased a moment that seems eerily familiar to anyone who tuned in to the original series’ contentious season six finale.

The upcoming midseason premiere of Fear the Walking Dead could recall the iconic introduction of the show’s most iconic baddie, Negan (played by Jeffrey Dean Morgan).

A recently released promotional teaser for the new episode, ‘The Door’, has revealed Virginia (Colby Minifie) and Victor Strand’s (Colman Domingo) next plan of attack.

When the series last left off in November, Virginia revealed her secret prisoner was none other than Grace (Karen David), the pregnant potential love interest of Morgan Jones (Lennie James).

Morgan recently liberated a number of his comrades from Virginia’s Pioneers in the first half of season six. 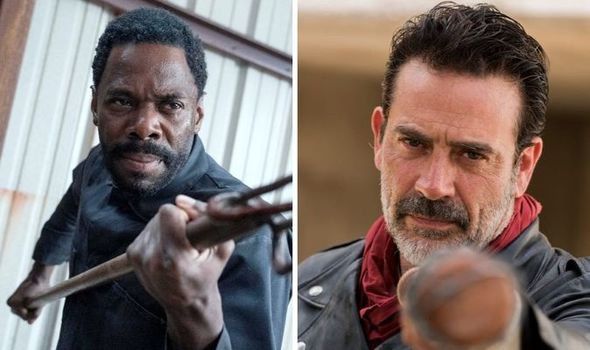 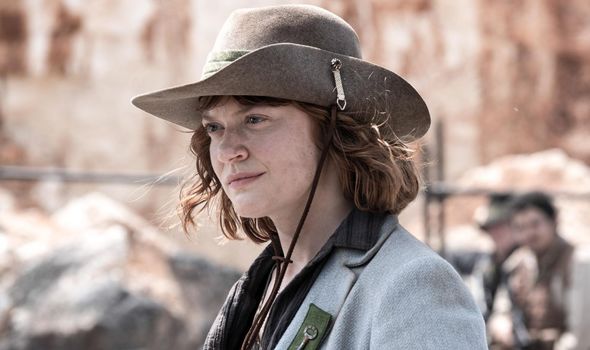 However, the rest of the survivors could be in danger of execution when the series finally returns on Sunday, April 11.

Part of the new footage features Strand looking conflicted as Virginia’s Rangers round up a number of Morgan’s companions.

If Walking Dead trends are to be believed, any one of the group could be about to meet a grisly end at the start of season 6b. 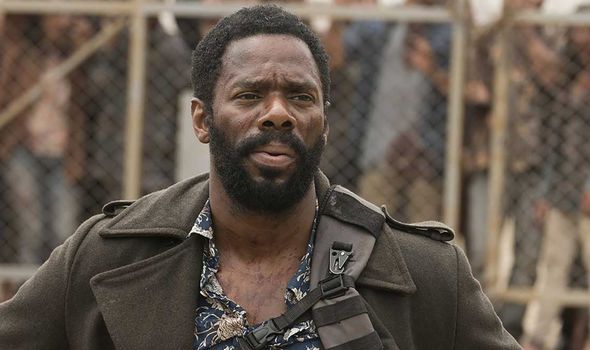 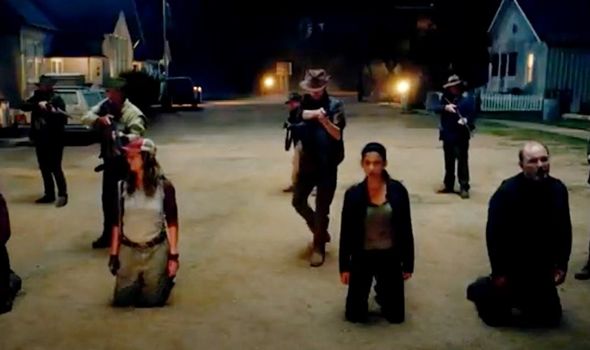 The sinister image of Morgan’s friends being held on their knees at gunpoint clearly recalls a similar scene from the controversial conclusion of the mainline series’ sixth season.

When Rick Grimes (Andrew Lincoln) first encounters Negan and his Saviours, the baseball bat-wielding dictator decides to teach the group a lesson for questioning his authority.

He then proceeded to play a sick game of ‘Eeny Meeny Miny Moe’ to decide which of Rick’s closest allies would get their heads bashed in by his signature weapon, Lucille.

Many viewers were furious when fan favourites Glenn Rhee (Steven Yeun) and Abraham Ford (Michael Cudlitz) were axed from the series in the most brutal fashion possible.

To add insult to injury, fans had to wait over seven months before their fates were revealed at the start of season seven.

Thankfully, it appears Fear the Walking Dead won’t be testing the audience’s patience as its own ‘Negan lineup’ looks to kick off the second half of season six.

Furthermore, there’s a strong chance Virginia and the Pioneers won’t get the chance to take out any of the prisoners after all.

As Virginia’s chief Ranger Victor Strand looks on at the disturbing scene, his conditional loyalty to the Pioneers could be tested as the series goes on.

“He has to make some really tough decisions in order to survive.”

Strand continues to prioritise his survival over anyone else, but he could be in an ideal position to take down Virginia’s plans from the inside once he’s forced to pick a side in the oncoming war.