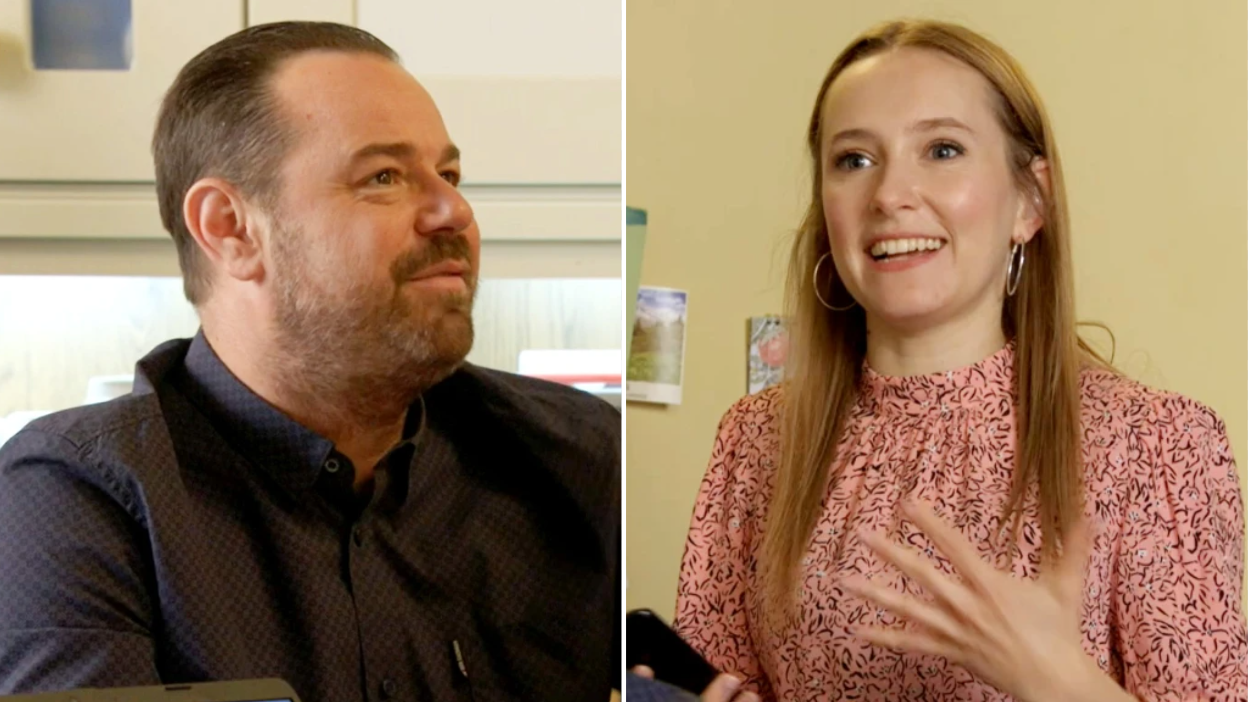 Frankie Lewis’ exit from EastEnders is looming following the news actress Rose Ayling-Ellis will soon depart – and we’ve potentially been given a hint as to how her final scenes will play out.

In tonight’s episode, Frankie was sitting at the kitchen table with Mick (Danny Dyer) and Ollie.

Chatting away, Frankie received a message on her phone.

Taking a look, Frankie’s smile beamed wide as she informed Mick and Shirley (Linda Henry) she had been successful in her teaching job application to help a deaf girl.

The good news was interrupted by Janine (Charlie Brooks) so right now, we don’t know a great deal about Frankie’s new job.

It could see Frankie leave Walford regularly to commute to her new job but also, it could be a career that sees her say goodbye to her Carter family to start life again elsewhere.

Or maybe her last scenes will focus on something else entirely?

‘It’s been incredibly special to be EastEnders’ first regular deaf actor. I have loved my time on the show and Frankie has been such an awesome character to play, however now feels like the right time for me to move on and I am excited and ready for new challenges.

‘I will always treasure my time on the show and all the incredible people I have worked with, who have supported my growth as an actor these last two years and given me so many amazing memories.

‘I am excited for viewers to see Frankie’s exit storyline; I think it’s a really important one that will hit home for lots of people.’