The second Frozen 2 trailer arrived online yesterday afternoon UK time. Fans of the Pixar franchise featuring sister-duo Elsa and Anna were rightly excited. The trailer offered another glimpse into the surreal, dark new world the sisters are entering – including a mysterious new creature.

What was the horse in Frozen 2 trailer and what does it mean?

The new synopsis for Frozen 2 reads: “Elsa encounters a Nokk – a mythical water spirit that takes the form of a horse – who uses the power of the ocean to guard the secrets of the forest.”

Nokk are, according to Germanic legend, shapeshifting water horses which lure men to their deaths.

In the Frozen 2 trailer, however, the Nokk saves Elsa instead of drowning her.

That Nokk can shapeshift is another interesting point to remember, as Frozen 2 promises more magical characters. 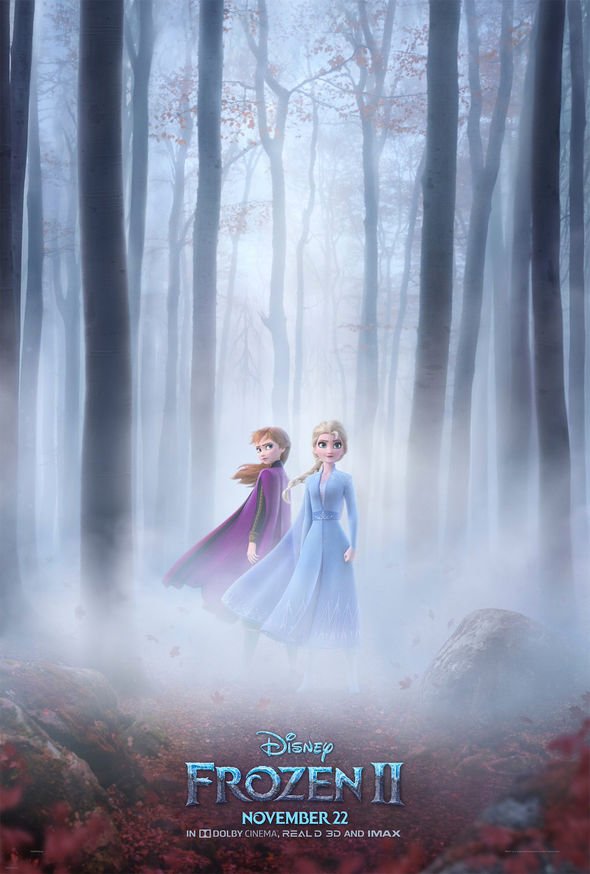 The Nokk could also hint towards the rumours Disney is planning a four-Princess series.

If Elsa is winter, and the unnamed brunette in the first trailer is Autumn, there are only Spring and Summer left to complete to fulfil this theory.

Another theory posits the horse is one of the two characters voice by new additions to the cast: Evan Rachel Wood or Sterling K Brown.

Both actors are still playing unnamed characters, but some speculated Wood voices the brunette – aka, Elsa’s girlfriend. 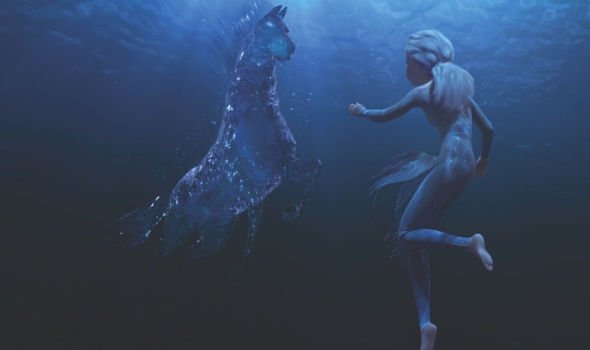 What is the plot of Frozen 2?

Along with the new Frozen 2 trailer, Disney added a new plot synopsis as a description on their YouTube channel.

The synopsis reads: “Why was Elsa born with magical powers?

“The answer is calling her and threatening her kingdom. Together with Anna, Kristoff, Olaf and Sven, she’ll set out on a dangerous but remarkable journey.

“In Frozen, Elsa feared her powers were too much for the world. In Frozen 2, she must hope they are enough.” 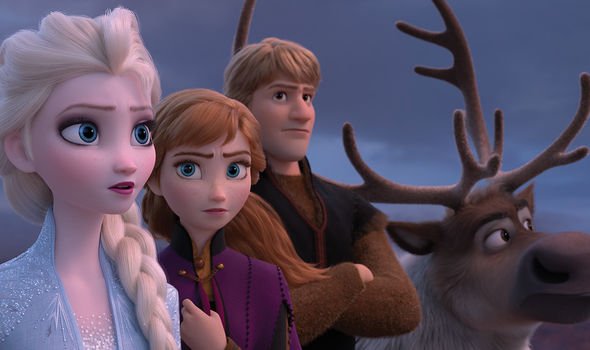 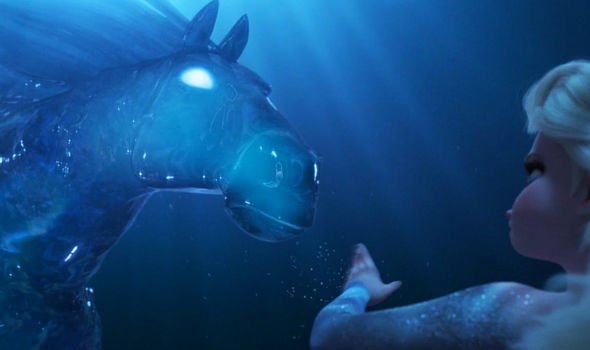 Who stars in Frozen 2?

New to the cast are the aforementioned Evan Rachel Wood and Sterling K Brown.

New to the production side is Allison Schroeder (Hidden Figures, Christopher Robin), who joined as co-writer with Lee for Frozen 2.