James Corden announced the return of hit BBC sitcom Gavin and Stacey on Twitter this morning.

Sharing a photo of the highly anticipated script, the actor wrote: “Ruth Jones and I have been keeping this secret for a while… We’re excited to share it with you. See you on Christmas Day”

Of course, fans were besides themselves with the news as the popular sitcom hasn’t been on screens since 2010.

Mathew Horne and Joanna Page will reprise their roles for a one-off special which will air later this year.

Ruth and James have issued a statement on the exciting episode, saying: “Over the last ten years we’ve talked a lot about Gavin and Stacey – where they might be today and what their lives might look like.

“And so in secret we took the plunge and wrote this one hour special.

“We’ve loved revisiting Barry and Essex again and bringing the characters back together has been a joy.

“We’re so excited to get the chance to work with our fabulous cast and crew once more and to give fans of the show a festive treat this Christmas.

“Thank you BBC for helping to make this happen.” 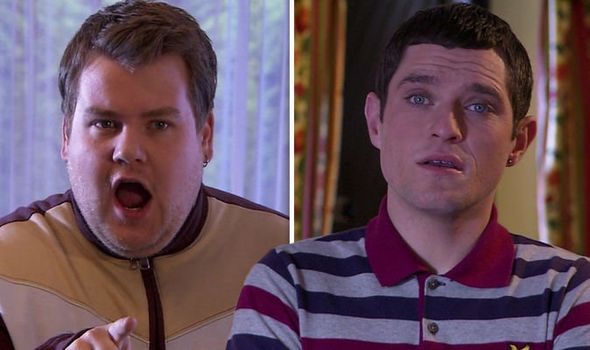 Director of BBC content, Charlotte Moore added: “Everyone at the BBC is hugely excited to be welcoming back Gavin and Stacey to BBC One this Christmas.

“We can’t wait to see what’s happened to everyone over the last nine years, and what’s next for one of the nation’s favourite comedy families.”

Fans will remember when the sitcom came to an end back on New Year’s Day in 2010, Gavin (played by Mathew) and Stacey (Joanna) were expecting their first child.

It had been a difficult road for them as they were struggling to get pregnant, but thankfully the stars aligned and they were about to welcome a little one.

Meanwhile, Smithy (James) and Nessa (Ruth) had rekindled their romance for the sake of their baby, Neil.

However, would the fiery couple be able to make it through the past nine years?

Fans have been left in turmoil over the seriously unexpected news and flocked to James’ announcement to share their wishes.

A third shared: “We’ve never needed this more than we do right now.”

Gavin and Stacey will return this Christmas on BBC One.