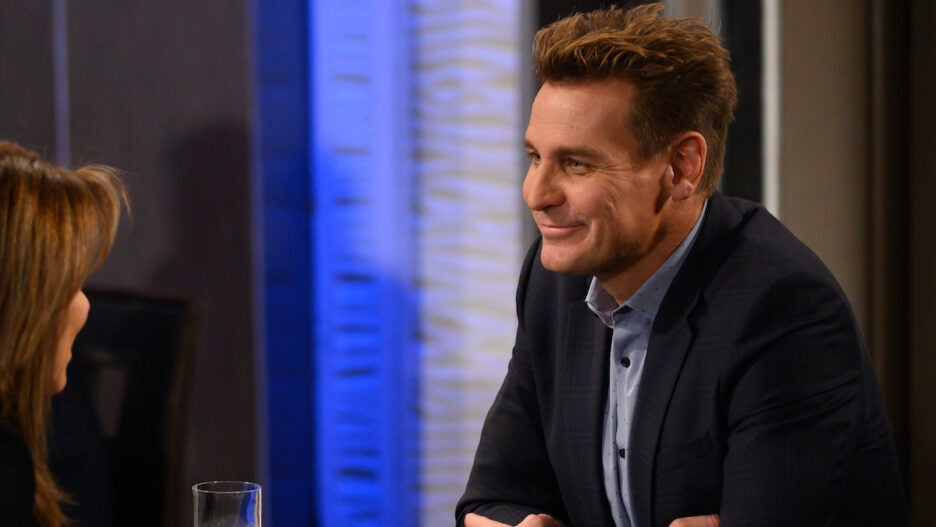 Grahn revealed that Rademacher is “mercifully no longer a part of the #gh cast” on Sunday, while sharing a tweet written by her “General Hospital” co-star Cassandra James about a “transphobic post” that had been shared by Rademacher on Instagram.

James had tweeted: “I am aware of a transphobic post shared by a fellow General Hospital actor. Shame on you. You have some serious unlearning and education to do. I feel deeply disappointed that such a public display of ignorance could come from our GH family.”

“Misgendering trans folks is violence and if you come for one of us, you come for all of us,” James said in a threaded tweet. “The cis world doesn’t get to decide which of us is valuable. I am so proud of the fans for always holding us to a high standard, for calling out transphobia and violence.”

“The fellow actor, #IngoRademacher, is mercifully no longer a part of the #gh cast,” Grahn wrote late Sunday, in a quote-tweet of James’ original tweet. “Transphobia & misgendering are disgusting & should be unacceptable in any industry, including soaps/acting. I stand with my costar, @cassandrajames_, & the trans community.” 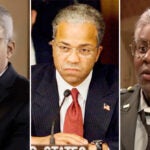 “Hello, and welcome to ClownTown, where the dude on the left is an empowering woman, and the woman on the right is a white supremacist,” Stuckey wrote in the tweet shared by Rademacher.

See screenshots of Rademacher’s Instagram Stories below, which include the transphobic tweet, as well as several anti-vax posts, which Rademacher has been consistently sharing amid increased vaccine mandates. 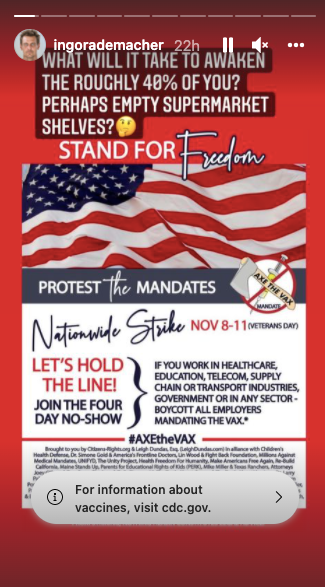 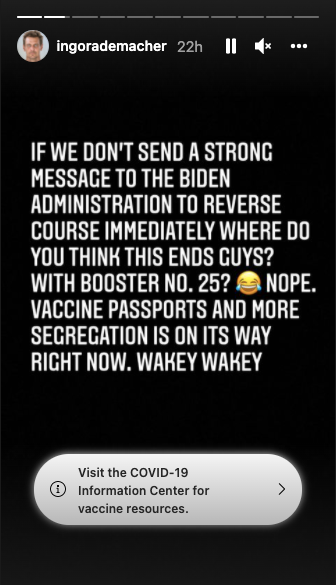 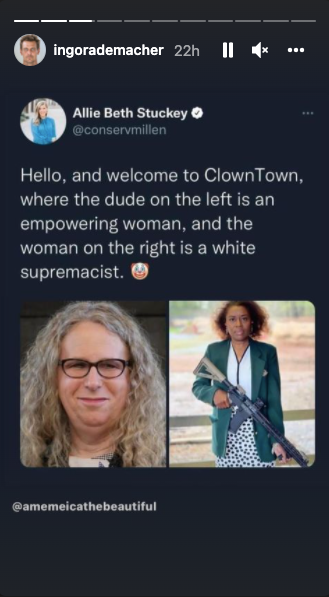 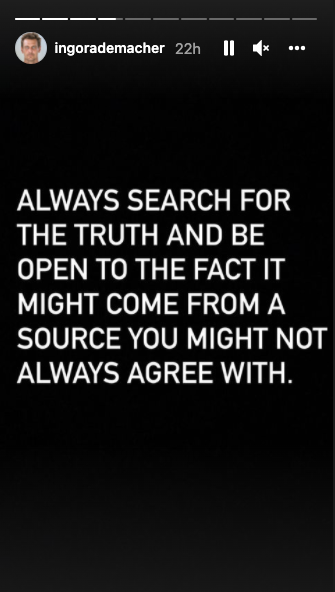 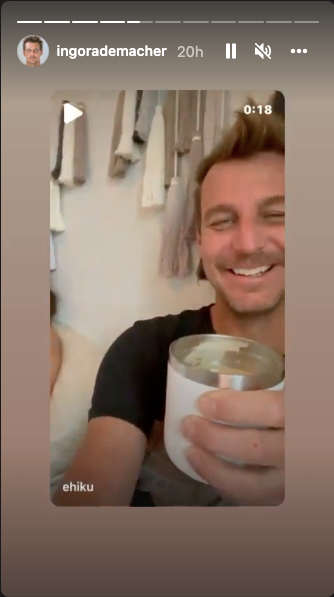 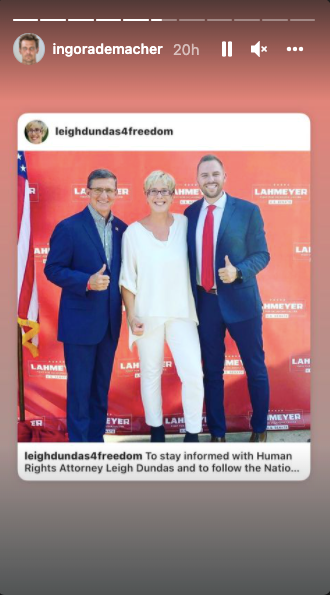 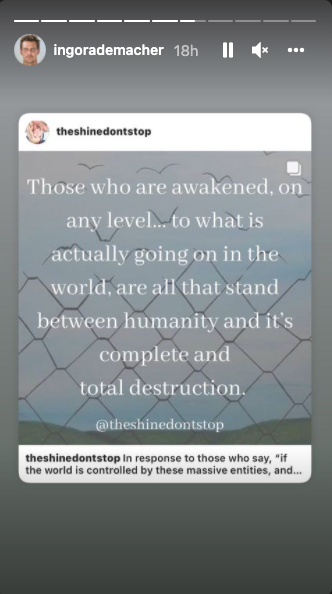 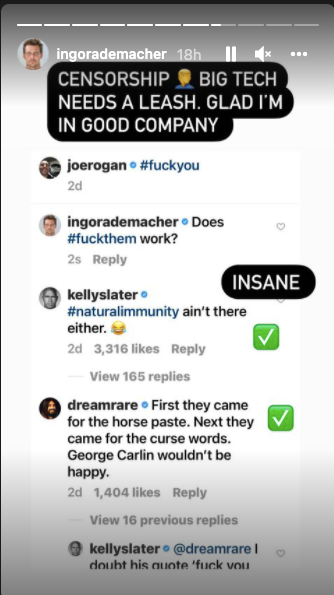 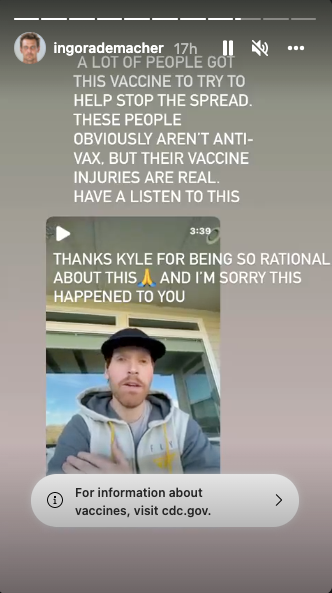 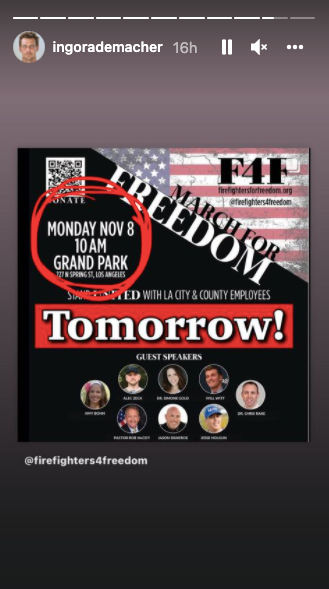 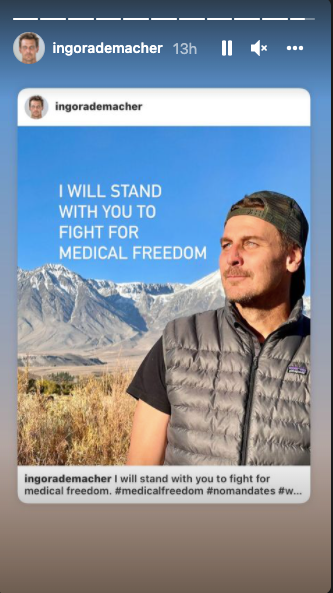