In another timeline, Sunita Mani is dashing between red-carpet premieres, celebrating her status as the next big thing with leading roles in a pair of fall releases. In 2020, the newly minted star of “Save Yourselves” had just finished the virtual junket for the Bleecker Street comedy when she spoke to IndieWire, going for a well-deserved walk after being cooped up and staring at a computer all day. A couple of weeks later, she’ll be back at it for “Evil Eye,” a new film from horror powerhouse Blumhouse on Amazon.

The titles are very different, but Mani has embraced disparate roles from the start. She made her feature debut with a supporting part in an incest drama dedicated to Éric Rohmer, Dan Sallitt’s “The Unspeakable Act.” Two years later, she danced feverishly to great comic effect in The Daniels’ high-energy music video for Lil Jon’s hit “Turn Down for What” (the one where co-director Daniel Kwan played a character whose penis is powerful enough to break glass).

So, no, Mani is not afraid to mix it up. Still, it is a little funny that as the star of “Mr. Robot” and “GLOW” star moves into starring in films, our expectations of what a movie is and how to see it have been upended.

In Alex Huston Fischer and Eleanor Wilson’s winning comedy “Save Yourselves,” Mani is a bored and burnt-out Brooklynite who’s one-half of a technology-addled couple (her over-connected boyfriend is fellow comedic gem John Reynolds) who decide to reset their relationship with an internet-free weekend in the country. It’s a good idea for a comedy; when there’s an alien invasion, it becomes a great one.

“It’s such a meta-bizarro reality that I’m living in the movie,” Mani said. “I’m so glad it’s coming out right now. I don’t think it would land the same way next year even. It felt timeless when I first got the script, that there was this relationship, they were struggling as individuals and as a couple, and then it was set against the backdrop of the world ending. That is such a funny, fun, clear premise.”

The film premiered at Sundance 2020 (where the cast and crew got to enjoy at least one in-person premiere) and was soon picked up by Bleecker Street for wide release. Even in January, a film centered around a rapid invasion that fundamentally fractures life as we know it seemed a little on-the-nose. Now, it feels positively prophetic. 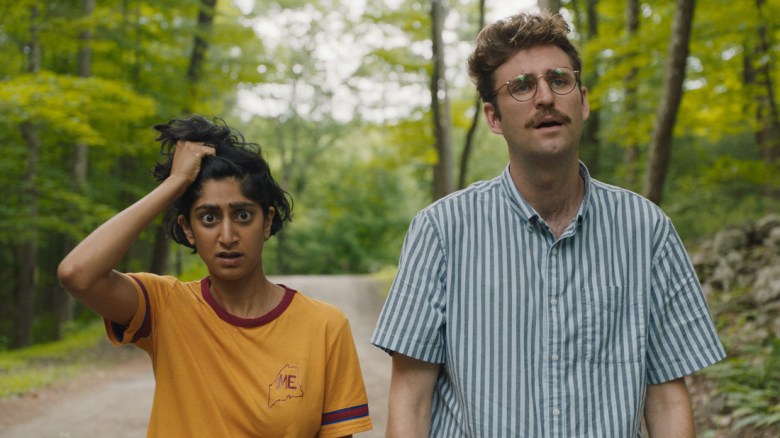 “I kind of can’t even process the amount of parallels to life as we know it now,” she said. “I find myself living almost day to day, more and more like the character, too. I have trouble letting go of my plans and my ideas and expectations. I am trying to get better, but I’m also so stuck in my habits and I’m turning to technology more and more for connection and for information.”

She added with a laugh, “I should be working on my survival tool set right now. God, I haven’t picked up anything. I haven’t even started like learning how to make sourdough bread, I’m just cleaning my apartment over and over like a crazy person. If anything, the thing that I’ve learned from the movie is just to connect more with people.”

Her character Pallavi seems to think she’s living in a rom-com (Mani is not a horror buff, and was relieved and amused by the Dassanis’ idea that she take inspiration from Princess Elsa in “Frozen”) and is delighted when she meets the handsome Sandeep (Omar Maskati). Pallavi’s mother Usha (“Mississippi Masala” and “He Hate Me” star Sarita Choudhury) has long pressured Pallavi to get married, ideally to a traditional Indian suitor, but Usha takes an otherworldly dislike to Sandeep.

“[“Evil Eye”] sort of found me when I wasn’t really looking for it, to be honest,” Mani said. “I was more conscious of trying to take on roles that weren’t so, I guess, culturally specific or so dependent on my ethnicity. It’s a culturally specific Indian story, so I guess there are a few actors [who could take the role].” She added, “It’s not like there are only a few actors, but the pool does kind of narrow itself down by nature.”

She said she was drawn to the talent already attached, including Choudhury, producer Priyanka Chopra Jonas, and screenwriter Shekar, who, like Mani, is South Indian. “I’d never been part of an Indian cast,” Mani said. “It does matter who’s behind the script, it does matter who’s the behind the camera. We were so aware of treating these tropes, these facts of their relationship, the stuff that spans across a lot of Indian families, as just normal things.”

Mani said the production process was “super-empowering,” and the Dassanis embraced ideas from the cast. “I feel like there was a sense of peace on set, like I could be myself in a way that I was not used to experiencing,” she said. “There’s a shared background and it informs how we all move about through the world. I really appreciated feeling that sense of empowerment, … it would manifest in speaking up for myself, or speaking up about the project in a way that I wouldn’t on other projects. I was throwing out suggestions for changing this scene, or what if we added that to the script?”

She’s had plenty of time to reflect on how to bring that ethos to her next moves. Like many other creative types still stuck mostly inside during the pandemic, Mani is keeping busy dreaming up new stuff, including a series about a fledgling writer she’d like to get off the ground (whenever that might happen).

The next season of “GLOW,” which was greenlit before the pandemic, was already in a tenuous will-it-happen state when IndieWire spoke to Mani. The series was cancelled just days later, but even before the official axing, Mani was worried about how it might return to the small screen. Turns out, a series about hand-to-hand combat just isn’t tenable these days. 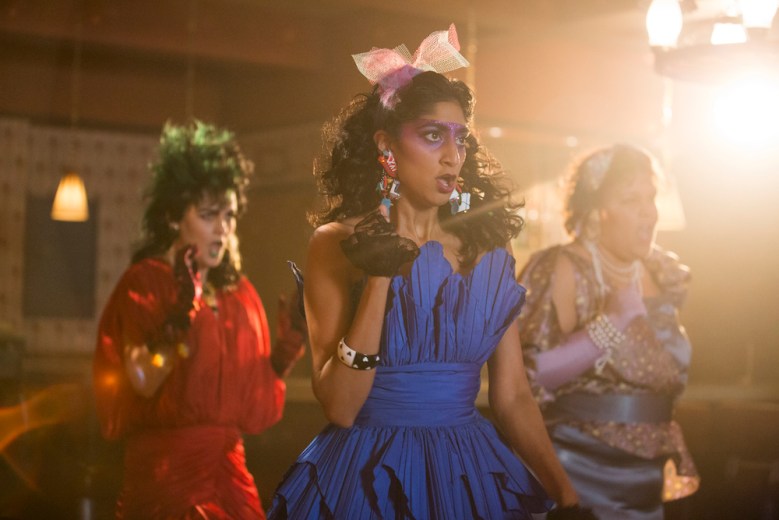 “Netflix is taking on productions as safely as they can, but our show is just so specific in terms of the wrestling and the crowd scenes and having such a huge cast, that I’m positive there are a lot of logistics to work through,” she said. “We are giving ourselves to 2021 to figure that out. I hope we come back for another season. I think we will, but I mean, we don’t know. There’s no way you could just shoot one person in a scene, just their coverage first, and then they go away and you bring in the next actor. Could you imagine them wrestling that way? Wrestling with like a dummy or something?”

Mani may have been joking, but that’s something a few other productions, including soap opera “The Bold and the Beautiful,” have attempted in recent months. “That’s wild,” Mani said after being told her wacky idea was real. “That’s a search term. That’s a fetish somewhere, for sure. That’s so weird. How do you take that seriously?”

And while the actress has not spent the lockdown doing the sourdough bread thing, she has been boning up on the upcoming election. Mani uses her social media to talk about everything from key Senate races to the Breonna Taylor case, along with plenty of information about how to vote. She lit right up when asked about her own voting plan.

“I’m going to in-person vote because I can and I want to and I’m going to do it safely, but that’s my plan,” she said. “Also, my site changed recently, so if you are planning on voting in person, too, double check where you’re going.” She added, “Oh, do you also mean me sharing like I’m voting Biden-Harris? Because I am.”

Her gusto and hunger for doing something different, and learning everything she can, make her a quick study. “I love feeling informed,” Mani said. “During this administration, there have been so many times where I’ve called my senators, or left a message with a clerk, asking my senators to vote on such and such bill. Then they’ll ask me, ‘Do you know the name of the bill?’ And I’m like, ‘What?’ I’m learning so much, I have so much more to learn. It’s embarrassing to learn on the job sometimes, but we must.”

“Save Yourselves!” is now in select theaters and on various VOD platforms, courtesy of Bleecker Street. “Evil Eye” will start streaming on Amazon on Tuesday, October 13.