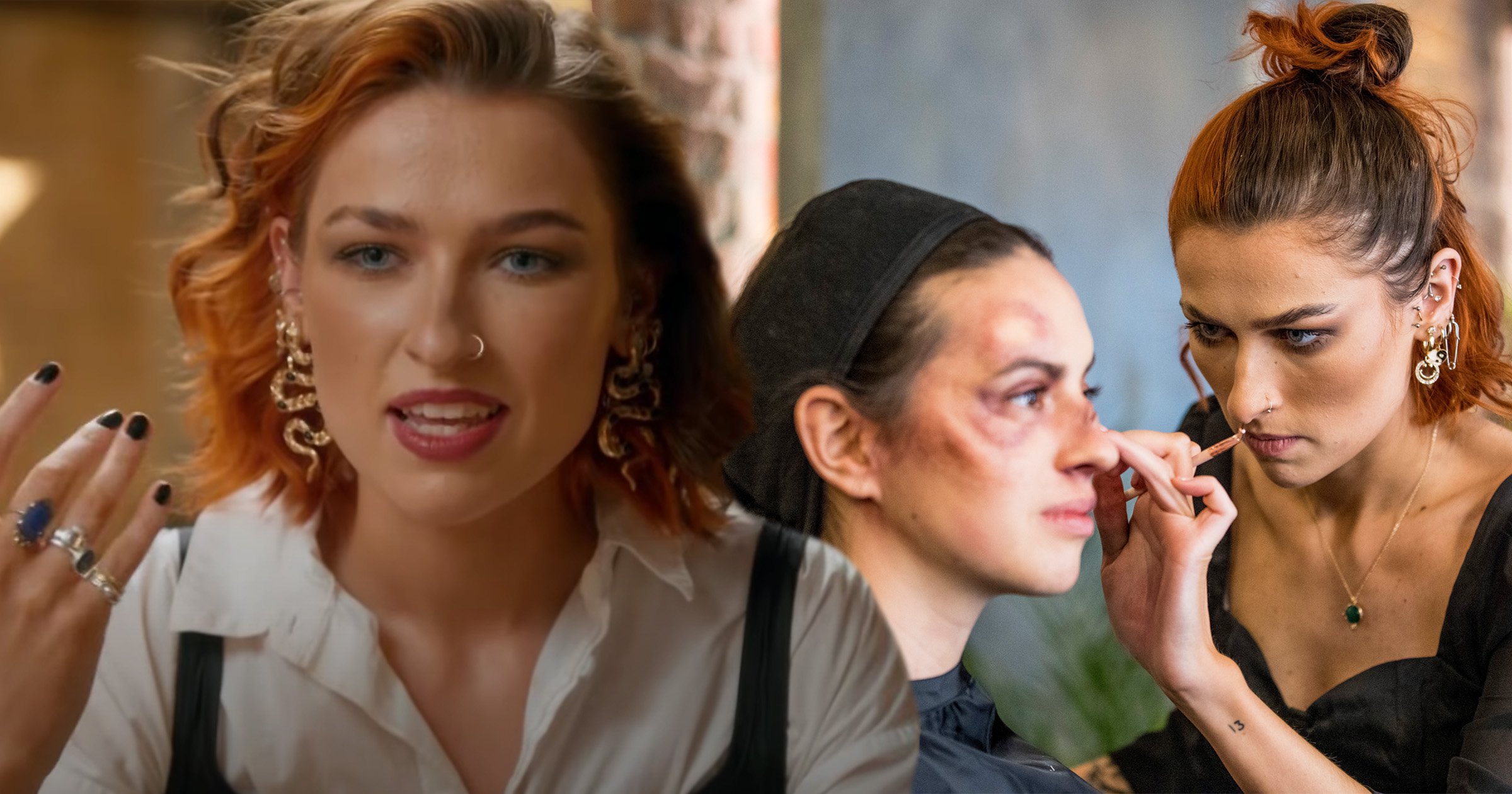 Sophie Baverstock, the winner of Glow Up series 3, has opened up about her favourite moments viewers didn’t get to see behind-the-scenes, from Maya Jama’s welcoming demeanour to hilarious memories from the MUA house.

In the final episode of BBC Three’s of Glow Up, make-up university student Sophie was announced as the winner, with fellow make-up artists Dolli and Craig Hamilton finishing in third place and as the runner-up respectively.

The finale saw Sophie impress a group of influential members of the make-up industry with a masterclass on how to create a black eye, before delighting judges Dominic Skinner and Val Garland with an ethereal beauty look inspired by the theme ‘unstoppable’.

Following her win, the 21-year-old spoke to Metro.co.uk about what it was like keeping her victory a secret from everyone but her family and housemates for months, in addition to her fondest memories from her time in the competition.

Sophie, who spoke openly during the show about being diagnosed with autism when she was 17, explained how host Maya helped put her at ease during the earlier episodes, when she was ‘so quiet’ because she felt ‘so nervous and scared of everyone’.

‘I think she noticed that I was really shy and anxious and struggling a little bit with speaking,’ Sophie said in reference to the on-camera chats the contestants would have with Maya.

‘I would never want to say anything, and then Maya would always be like, “Sophie, what do you say?” She would get me involved and stuff. And then by the end of it, she really did become friends with us all,’ Sophie said.

‘She’s great, and I think it’s really nice that she recognised that I was not as chatty. She’d go round the room and she’d be like, “Sophie, got nothing to say? No? Ok, moving on,” without even worrying that I didn’t want to say anything. It made me feel way more comfortable.’

Sophie, who aspires to work within the entertainment industry as a make-up artist, added that the ‘whole crew’ was very supportive as well, with one of her ‘standout moments’ being when one of the cameramen gave her a pep talk behind the scenes.

‘One of the cameramen gave me a pep talk once and was like, saying to me: “You are good enough.” Even now, it was probably one of the biggest moments for me, because it was just a regular guy that knew nothing about make-up and he was saying the things that people tell me all the time, but maybe hearing it from someone not in the industry… it was quite nice,’ she recollected.

While viewers were only able to see snippets of the MUAs in the house they were living in together during the competition, Sophie said that it ‘was so fun’, comparing the house to a ‘really nice posh hotel’.

On one particular morning, she and her peers were spooked when a gusty storm caused the doors to ‘fling open’ just as they were talking about ghosts.

‘I remember on the morning of The Crown episode, it was really stormy. We had just been talking on camera with the cameramen there, talking about ghosts and then the doors flung open,’ Sophie said, adding that while the ‘funny’ encounter was filmed, it didn’t make the cut.

Since the release of Glow Up series three, Sophie has been receiving numerous messages from people who relate to her story, she said.

‘The messages that really resonate with me are when parents message me about their sons or daughters who are struggling,’ she said.

‘It just really reassures me that they care about their kid, you know? It’s heartwarming. People need support and people to actually understand what they’re doing.’

Despite being crowned the winner of Glow Up, Sophie is still as humble as ever, revealing how taken aback she was when someone recently described her as a ‘role model’.

‘I try my best,’ she remarked modestly.

Glow Up is available to watch on BBC iPlayer.