Good Omens on Amazon Prime, just like the Neil Gaiman and Terry Pratchett novel, follows the story of an angel and a demon trying to prevent Armageddon on Earth. Good Omens viewers may not know is that as well as being based on the novel of the same name, the series also takes inspiration from a sequel to the book which was planned but never actually came to fruition. Neil Gaiman revealed characters like Gabriel (played by Jon Hamm) were from the Good Omens sequel – which looked at the angels and demons working with Aziraphale (Michael Sheen) and Crowley (David Tennant).

What was the Good Omens sequel about?

Speaking to the Radio Times in 2017, Gaiman said: “Terry and I plotted a sequel to Good Omens that we never did.

“It was about where the angels actually came from.”

According to The Wrap, this sequel was to be titled 668: The Neighbour of the Beast.

But as the book was never made, elements of this sequel ended up appearing in the Amazon Prime series of Good Omens.

At the Good Omens premiere, Gaiman told Express.co.uk: “We never wrote a sequel, but we plotted a lot of stuff.

“I stole stuff from the sequel we never did and put it in this series.

WHEN WILL GOOD OMENS START ON THE BBC? 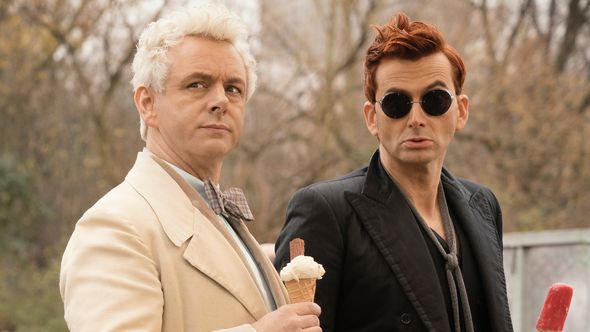 “The angels, Jon Hamm’s character, all of that stuff… [that’s why] it all feels like it’s a part of the Good Omens world, it doesn’t feel like it’s in any way added on [or] weird.

“And that’s because it was always part of the Good Omens world. We just didn’t get it into the first novel.”

Speaking to The Wrap, Gaiman revealed his initial idea from the TV series which may also have been a part of the planned sequel.

He said: “Whenever we talked about Good Omens as a TV show, we would talk about this idea of a skyscraper with the angels at the top, and the demons at the bottom, in the offices that nobody wanted.

WHAT HAPPENED AT THE END OF GOOD OMENS? 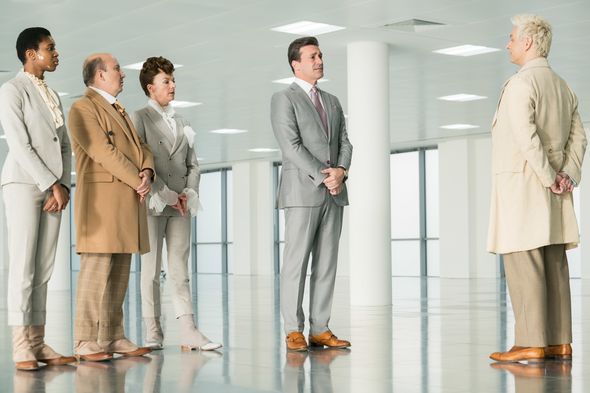 Gaiman went into more detail in a Variety interview, saying: “A lot of the trappings and the idea of what propelled book two into existence wound up integral to what I did in Good Omens the TV series.

“We never see hell and we never see heaven. We never actually see the people behind the scenes who are very, very keen on Armageddon.”

According to The Annotated Pratchett File, the sequel to Good Omens was axed after Gaiman moved to America, making collaboration more difficult.

In 2004 essay Terry Pratchett: An Appreciation, Gaiman wrote “no, we won’t write a sequel,” suggesting the project had stalled by then.

HOW TO WATCH GOOD OMENS ONLINE 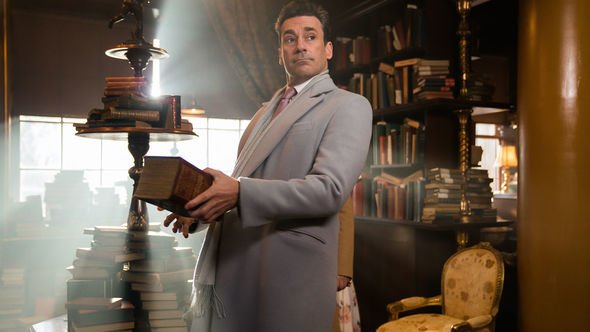 Fans are also unlikely to get a sequel to the Amazon Prime series according to Gaiman, despite the series seeming to set up a battle between earth and the combined forces of angels and demons.

Gaiman told Express.co.uk: “This so far has taken me four years – five years since I promised Terry I’d make it.”

The writer previously revealed he made the TV series as Terry Pratchett’s final wish, before his death in 2015.

He said Pratchett wrote him an email saying: “I know how busy you are, but you’re the only other person on this planet who has the same understanding of and passion for the old girl that I do. 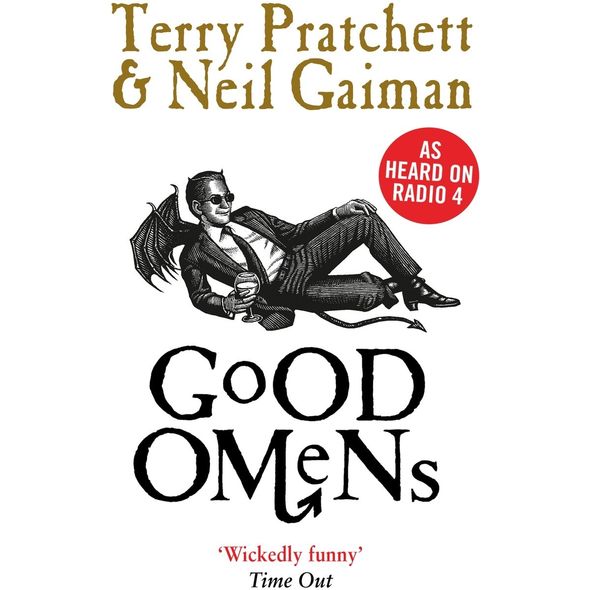 Gaiman said: “We thought we had maybe five years of Terry left — but then he went into a coma and died.

“And suddenly, this thing I had said to my friend was a last request. As a way of dealing with the grief, I started writing Good Omens.”

But as for a sequel, Gaiman added: “In that five years I haven’t been writing novels. It’s time for me to go back and be a novelist.”