Home » TV & Movies » ‘Has she lost a tooth?’ Lorraine tells Queen ‘go to dentists’ as she questions appearance

Lorraine asks royal expert if ‘the Queen has lost a tooth’

Lorraine, 61, was on hand to host another weekday edition of her ITV chat show and the Royal Family were the topic of conversation. After discussing Prince Harry’s, 36, latest career venture, the television presenter was shown an image of Queen Elizabeth II, 94, smiling with flags of the Commonwealth countries positioned behind her. The first thing that came to Lorraine’s mind was to ask: “Has she lost a wee tooth in the front?”

Royal expert Russell Myers replied: “I don’t know,” as the presenter went on to explain her logic and confusion over the picture.

“I noticed that the other day when she was talking and it’s fine because who can get to the dentist [at the moment],” Lorraine shared.

Russell tried to give some justification as to why the Queen might need to see the dentist, telling the presenter: “She is nearly 95 so I think she’s doing alright.”

“So, she can go if she wants to go,” the television veteran told her guest as the conversation came to an end. 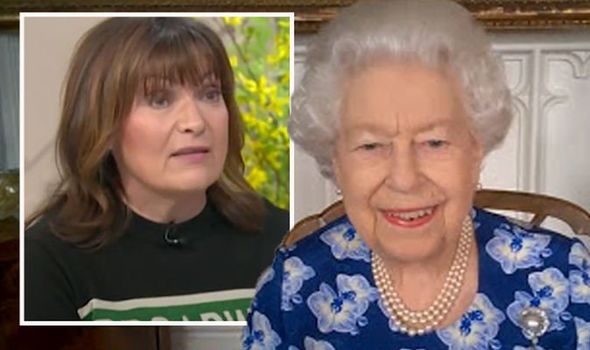 However, those watching at home didn’t let the moment pass them as one wrote: “@RoyalFamily will you just pop your head around the door and tell Her Majesty that Lorraine says it’s ok for her to go to the dentist. #Lorraine.”