Fergus Fraser (played by Romann Berrux) was introduced to Outlander back in season two as a little street urchin, who lived in the brothel Jamie Fraser (Sam Heughan) was staying at. However, Jamie and Fergus soon became firm friends after the Highlander decided to adopt the orphan and got him to run errands. Fergus was born in the brothel and believed to be the son’s of one of the women who worked there while he’s father’s identity was unknown. Fergus became a firm part of the show and has remained loyal to the Frasers.

Why did Jamie change Fergus’ name in Outlander?

Fergus was originally called Claudel with the pickpocket sleeping in a cupboard under the stairs at the brothel.

Jamie renamed him ‘Fergus’ because he felt it was a more masculine moniker for the youngster.

However, it was also a Scottish name with Fergus retaining Claudel as his middle name.

The child’s name put him in good stead when he later moved with Jamie and Claire Fraser (Caitriona Balfe) to Scotland with Fergus being more in keeping with his home new country. 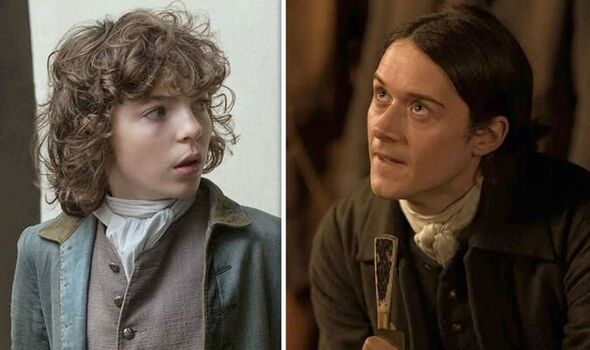 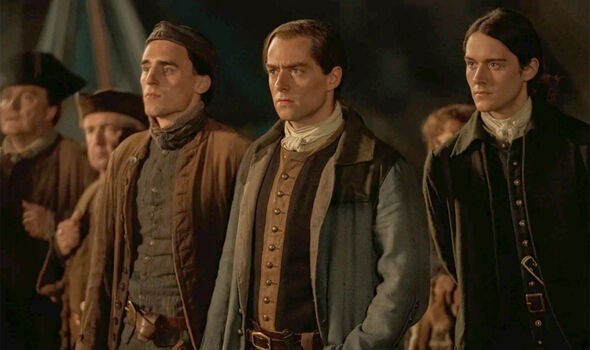 Interestingly, the name Claudel means lame or crippled and is derived from the Latin name Claudius, according to House of Names.

This seems to fit with Fergus losing his hand after he was maimed by Redcoat soldiers looking for Jamie during his time living in a cave near Lallybroch.

In contrast, the name Fergus is said to mean vigour and force, and was even the name of an early Irish mythical warrior, according to genealogical site Ancestry.com.

Fergus had a sad past after he was sexually assaulted by some of the clients at the brothel with Jamie finding Captain ‘Black Jack’ Randall (Tobias Menzies) attacking Fergus, leading the two men to duel. 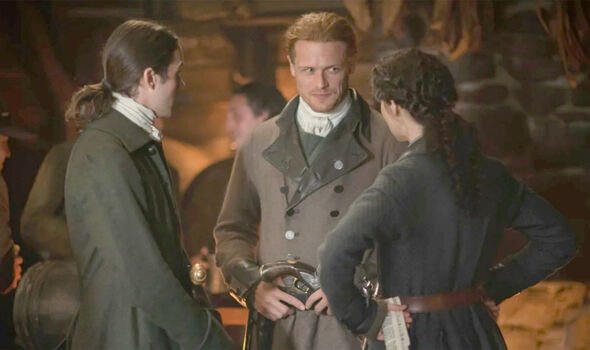 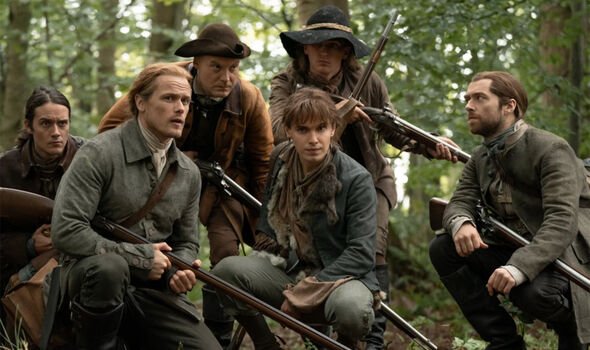 In Diana Gabaldon’s Outlander books, it was revealed the Comte St Germain (Stanley Weber) could be Fergus’ father and Amalie Beauchamp his mother.

The Comte had a scandalous affair with Amalie but refused to marry her after his wife died.

He later appeared to have delivered her to a brothel, where she gave birth but sadly died of influenza.

Over the course of season two, Fergus would exchange letters addressed to Bonnie Prince Charlie (Andrew Gower) and foil the schemes of the Comte.

This means, he came into contact with his biological father and time traveller the Comte many times even if he didn’t know it.

He even worked as a page and would attend Claire as an escort to various social events.

Following the 20-year time jump in season three, Fergus (César Domboy) grew up but was still steadfast in his devotion to the Frasers.

Names are important in Outlander with Jamie having different monikers to reflect the different parts of his life, such as Mac Dubh in Ardsmuir, Alexander Malcolm a printer of seditious pamphlets in Edinburgh, and Dun Bonnet when he was on the run after Culloden.

Claire, too, used her maiden name Beauchamp when first stumbling into the past and changing her married name from Randall to Fraser after she wed Jamie.

Jamie even referred to Claire as ‘Sassenach’, which means outsider in Gaelic but in the 1880s referred to the English.

This is a theme which is present in many other characters in Outlander, including Young Ian (John Bell) and Roger MacKenzie (Richard Rankin).

Due to the time travel aspect of Outlander, the theme of multiple identities continues as some characters try to hide their true selves while others remain outsiders and misfits.