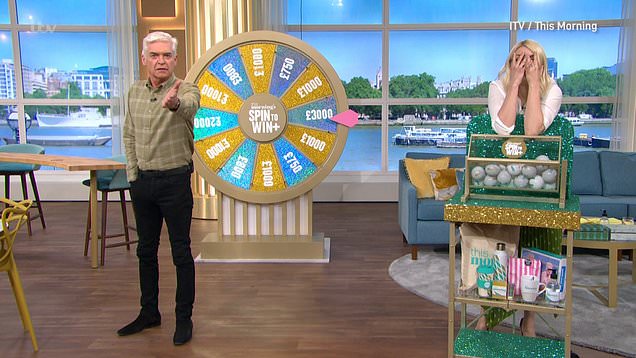 Holly Willoughby couldn’t believe Phillip Schofield’s fury on This Morning as her co-host hung up on a caller who failed to say the special phrase to enter Spin to Win.

On ITV’s This Morning, Spin to Win offers viewers the opportunity to win money and prizes if they call up and say the correct password.

However, on today’s edition of the programme, Holly and Phillip were left feeling extremely frustrated when several callers answered their phones by saying ‘hello’, rather than saying the pass phrase – so losing out on their chance to take part.

At one point, Phillip, 59, came right up close to the camera, screaming into the lens as not a single caller made it through to the wheels or tombola balls.

‘Don’t make me!’ Phillip yelled at the camera in response to one caller, as Holly, 40, exclaimed: ‘How many times?!’

After Phillip slammed his hands on the table in frustration, yet another caller answered their phone incorrectly, prompting Phillip to ask: ‘What the hell is going on?!’ 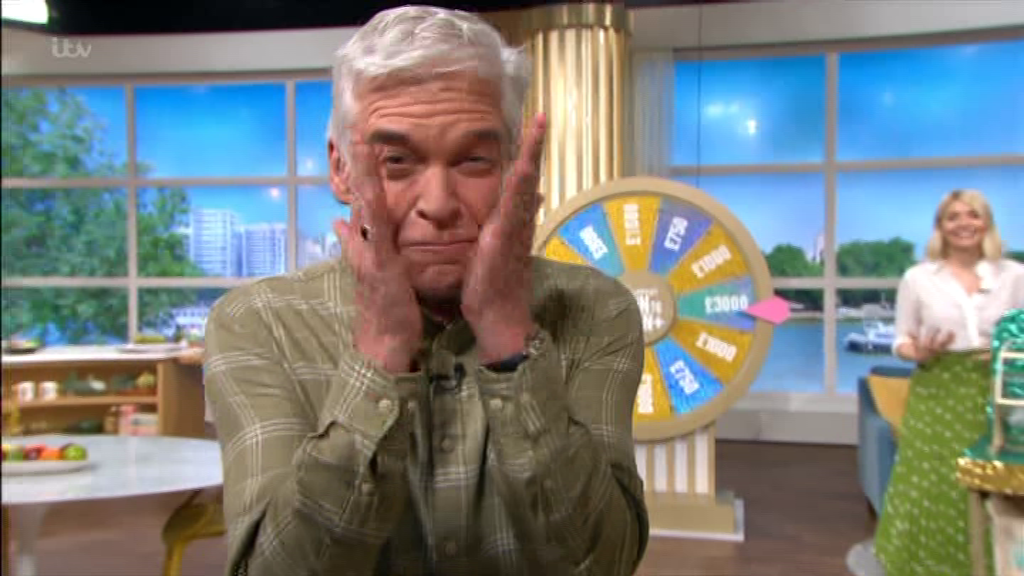 As Holly covered her face with her hands, Phillip told the caller to stay on the line.

‘Don’t hang up on her!’ he said, gesturing towards the screen.

After asking the caller if she entered Spin to Win, he then brashly stated: ‘Yes? Goodbye!’, resulting in the call being abruptly ended.

‘That was so brutal,’ Holly said, as she and several crew members in the ITV studio burst into laughter.

Despite the level of frustration Holly and Phillip felt in the studio, several viewers found the whole debacle absolutely hilarious.

‘I’m in hysterics over spin to win today omg,’ one person tweeted. ‘Best one yet #ThisMorning.’

‘I’ve never laughed so much at Holly and Phil with today’s spin to win #thismorning #spintowin,’ another remarked.

Someone else praised Phillip for his no-holds-barred approach, writing: ‘Nice one @Schofe!!! That was brilliant putting the phone down on those numpties playing ‘Spin to Win’ not saying the password.’

However, another person said that they found it ‘rude’, tweeting: ‘Is there any need for Phillip Schofield @Schofe to be quite so RUDE to people who DARE to answer their telephone with the word “hello”?’

This Morning airs weekdays at 10am on ITV.