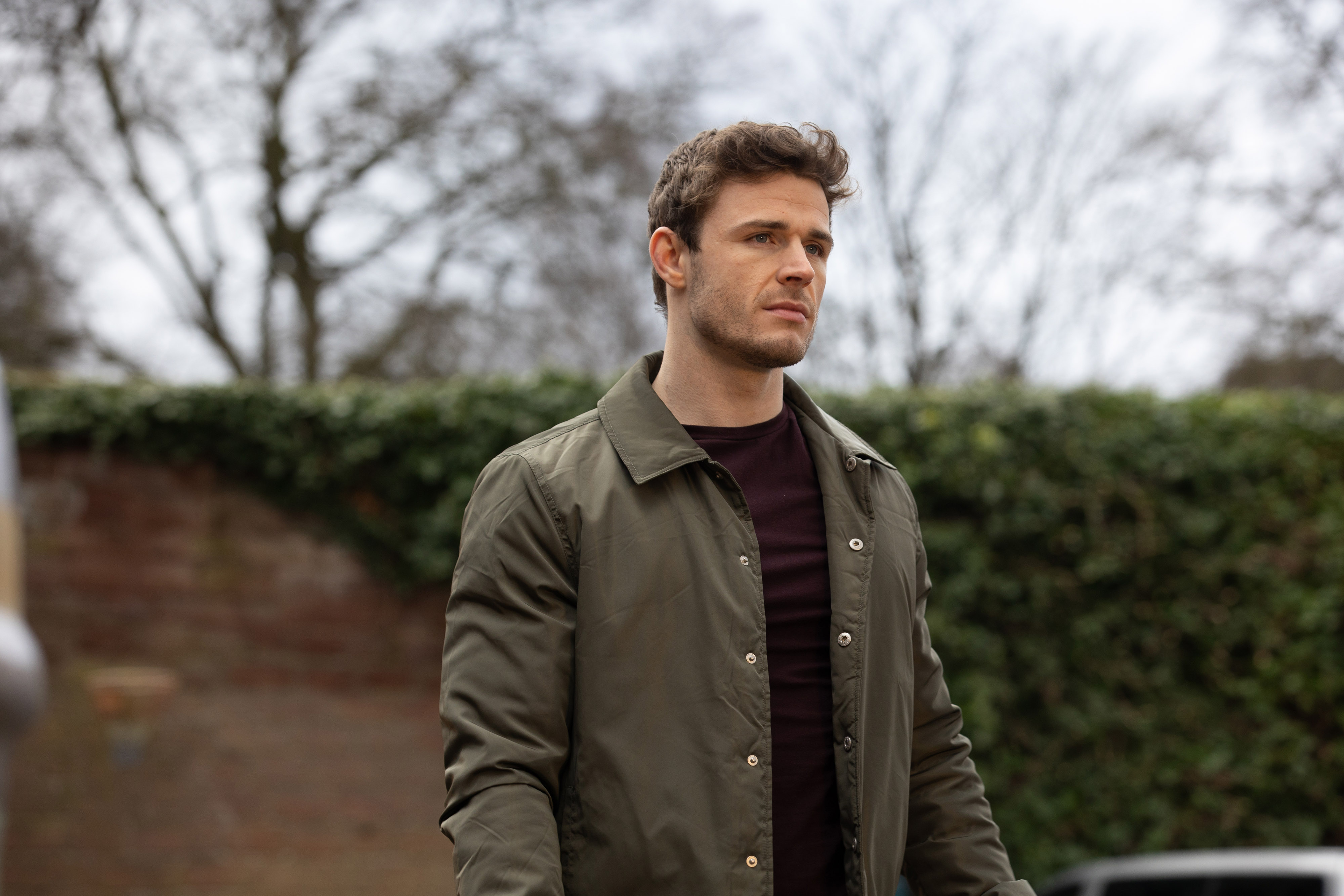 Hollyoaks’ George Kiss (Callum Kerr) has paid for his crimes, after he was brutally murdered in shocking scenes.

The policeman – who has been abusing boyfriend John Paul McQueen (James Sutton) – was clobbered across the skull by a mystery resident in last night’s edition of the Channel 4 soap.

The incident came in the wake of John Paul piecing together the truth about what kind of man his fiancé really was.

With the truth about John Paul’s suffering public knowledge, several residents of the eponymous village set off in search of retribution – and the policeman paid the ultimate price as a result.

‘George is found dead,’ actor Callum Kerr confirmed to Metro.co.uk. ‘But we don’t know who’s done it yet, and he has accumulated quite a lot of enemies during his time in the village.

‘There’s a chance it could be one of many people, but not just that, it could be more than one person, it might be several… Whatever the case, or whoever it is, its going to be a shock. It’ll be a fun storyline leading up to it, and trying to work out who did it.’

Callum makes an excellent point. Mercedes and Theresa McQueen (Jennifer Metcalfe and Jorgie Porter), for example, were on the warpath in the wake of John Paul’s revelation.

Similarly, Ste Hay (Kieron Richardson) and James Nightingale (Gregory Finnegan) were hellbent on destroying George, so any one of them could be responsible for his demise!

Viewers will have to wait and see just who it was that murdered George, but for actor Callum, this marks the end of an era.

The actor has thrilled – and more often than not, chilled – audiences with his captivating performance as evil George, a role he’s portrayed for over a year now.

‘Any time a character has layers it makes my job easier because there is more to work with,’ the soap star told us. ‘And obviously George had so many different sides to him, I could really play with each one and sometimes I could interweave them so he became quite complex.

A storyline of this nature is often a difficult one to watch, but given the two-metre restrictions implemented on set to do the Covid-19 pandemic, it was also an incredibly difficult one to film.

‘Obviously when there’s a lot of physicality involved in a storyline, it’s hard to portray that without being able to be within two meters of each other,’ Callum said. ‘It was challenging but they got it right and I think the message we were trying to get across, came across well, and everything seemed believable.

‘We built a whole relationship without ever being near each other, or even holding hands, and with camera and editing tricks, we’ve made some punches, some pushes, and being close to each other, look very real, so I think the whole production team did a great job there.’

The storyline in question received a huge reaction from fans of the Channel 4 soap. From berating George’s actions to dishing praise on the actors involved, the viewers never failed to voice their opinions throughout – and this is something Callum is incredibly hateful for.

‘The fans are great because they never fail to remind me that they love me even though they hate the character, and that’s really rewarding!,’ he said.

‘It shows how great our fanbase at Hollyoaks are – they’re always so kind, and its really encouraging when you get that kind of feedback, that they find it really hard to watch your character, but they still enjoy following you on social media and interacting with you as a person.

‘I’m so grateful for all the fans and how much they interact and get involved it really is a one of a kind show.’

The soap star will no doubt have fond memories of his time on Hollyoaks, and he had nothing but praise for the soap’s cast and crew.

‘My time on Hollyoaks was extremely enjoyable, challenging and rewarding,’ he added. ‘I couldn’t have wished to be surrounded by a better cast, both on screen and off. I really enjoyed coming to work at such a lovely place every day.

And, as for Callum, what’s next?

‘I’ve got some news that I can’t share yet,’ the star teased, ‘but other than that I’m doing a lot of music production, which is a passion of mine, and this year during lockdown I’ve really focussed on it.

‘I even did a big online course and that’s almost at the end now as well so there’s a lot of stuff on the way in both music and TV, and film.’