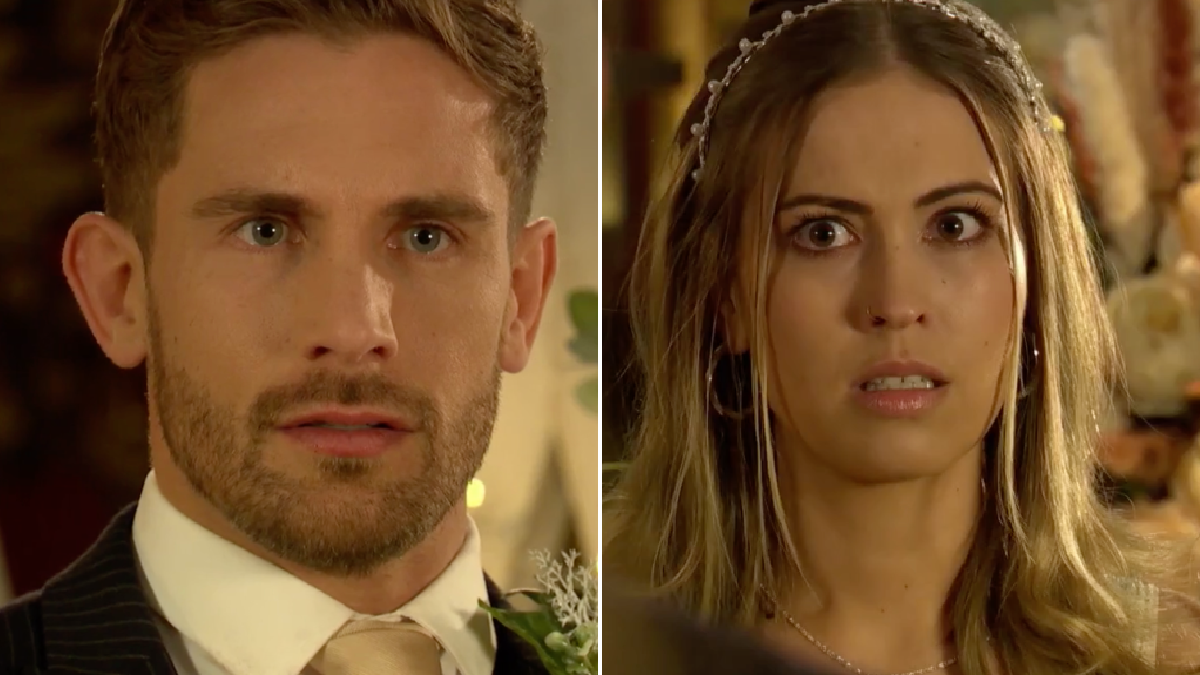 Hollyoaks’ Summer Ranger (Rhiannon Clements) vowed to destroy Brody Hudson (Adam Woodward) on what should’ve been the happiest day of his life, and destroy him she did.

With her fiancé’s family and friends gathered in The Dog for the ceremony, the schemer dropped the mother of all bombshells, revealing that she’s been sleeping with Sienna Blake (Anna Passey).

Brody, having had no clue, was rendered speechless.

She had been planning on using the footage of Brody and Warren Fox (Jamie Lomas) plotting to kill Cormac (James Gaddas), in the hope that playing the clip would result in Brody’s nearest and dearest seeing that he isn’t the nice guy he claims to be.

But with Joel Dexter (Rory Douglas-Speed) having got his hands on her tablet the night before the wedding, her plan was scuppered, as Warren, fearing that he would go to prison for murder, deleted the clip in question.

Make no mistake, Summer was heartbroken. Her masterplan foiled.

All hope, however, was not lost, as she still had one final trump card to play in abuser Buster Smith (Nathan Sussex), who she made contact with several weeks ago, asking him if he would give her away.

With Buster’s impromptu appearance still a possibility, Summer wasted little time in getting ready for her wedding.

Brody, meanwhile, explained to Damon Kinsella (Jacob Roberts), Scott Drinkwell and Joel about how Summer was the one for him, something which he evidently believed, given the expression on his face as she walked down the aisle.

He read aloud his heartfelt vows, as Summer, on edge, awaited Buster’s arrival.

Buster, however, was a no show.

And with her plan having completely and utterly fallen apart, Summer declared that she could not proceed with the ceremony.

Brody was shocked, and demanded a reason why, forcing Summer to think on her feet. And she wasted little time in giving him a reason, as she revealed that she’d been sleeping with Sienna!

The truth about Summer and Sienna is out, but just what will transpire? Will Brody work out the true extent of Summer’s manipulation? And will he confront Sienna on the matter?

What’s more, what does this revelation mean for Summer and Sienna’s future?