Homes Under the Hammer: Hosts start show with topiary backdrop

Dion has been a favourite in the long-running BBC property series since joining in 2015 to explore the homes sold at auction alongside fellow presenters Martin Roberts and Martel Maxwell. But the former professional footballer, who switched the pitch for the property market after retiring from the game, has confessed his hatred for walls.

The premise of the BBC daytime show is to allow viewers to see the inner workings of several auctioned sites, which often require refurbishments or larger developments.

Dion and the other presenters use their expert eyes to give a property a valuation and buyers decide how it can be improved.

The series has property fans gripped because it often sees some unpredictable issues arise, and viewers love to see the finished product of a revamped home.

Sometimes, experienced developers in the property business buy the homes for investments. 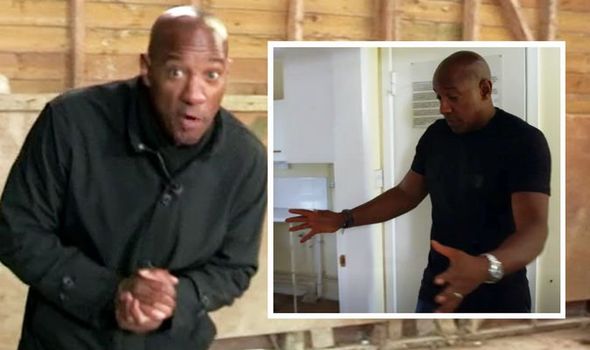 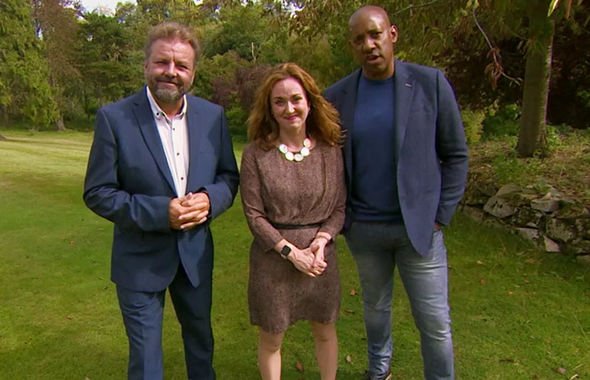 But most of the time, buyers are amateurs who need some guidance on how to make a profit.

Dion has been showing us around all kinds of homes in varying states, talking us through what needs to be improved and how, but the programme host himself prefers open space.

Confessing that there aren’t many walls in his own home, he said: “I don’t have anything against walls. You know what it is? I like open spaces.”

“So the family can see each other when they’re doing different things. I think I have five rooms downstairs and two sets of doors.” 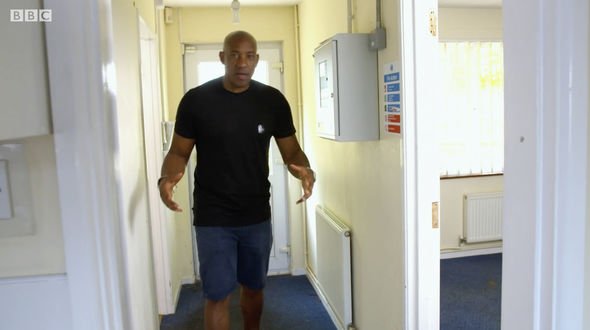 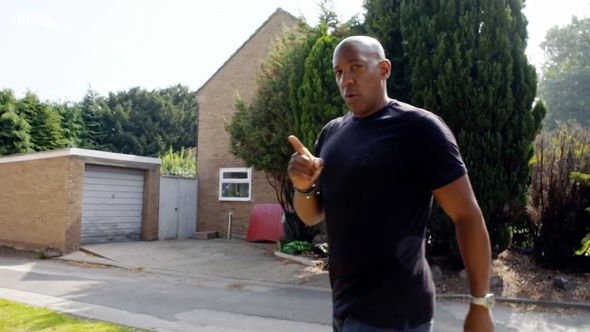 “Everything tolls into the next room,” he told The Guardian.

Fans may be surprised to hear Dion expressing his personal taste when it comes to homes because he is usually aiming to help others build up a property to suit their own preferences.

Just last week, he left viewers shocked as an episode showed him breaking off part of an already crumbling home as he explored it.

The property was on the market with a shockingly low guide price of £50,000 due to the fact it was going to auction because of the state of disrepair it was in.

Usually, the presenters are seen showing those watching at home around the rooms inside the house, discussing what changes they would make if they were the new buyer.

But this time, the home was too dangerous to enter, so Dion was forced to explain from the outside, pointing towards the different risky aspects of the building.

He said: “Look at that, if I just move that, that is all… I’m going to do it.” Using a stick, he then breaks off the render by pushing it and watches as it crumbles to the floor.

The property whizz continued: “I’d like to go in and show you around, but there are so many things that are dangerous about this property.”

Homes Under the Hammer attracts an average of 1.3 million viewers after first arriving on screens in 2003.

Among the many fans are some famous faces, including Meryl Streep, Mark Wahlberg and Paul McCartney.

And although many shows were taken off air last year, fans were relieved when Homes Under The Hammer continued throughout the coronavirus pandemic.

But Martin told Express.co.uk in October that changes had been made, He said: “We’ve done a few days here and there and we’ve tried a new way of filming where it’s just me and a cameraman – that seems to be working.”

He also explained recently that lots of changes have been implemented since 2003, including the fact that all presenters are now experts.

Homes Under the Hammer airs weekdays on BBC One at 10am.