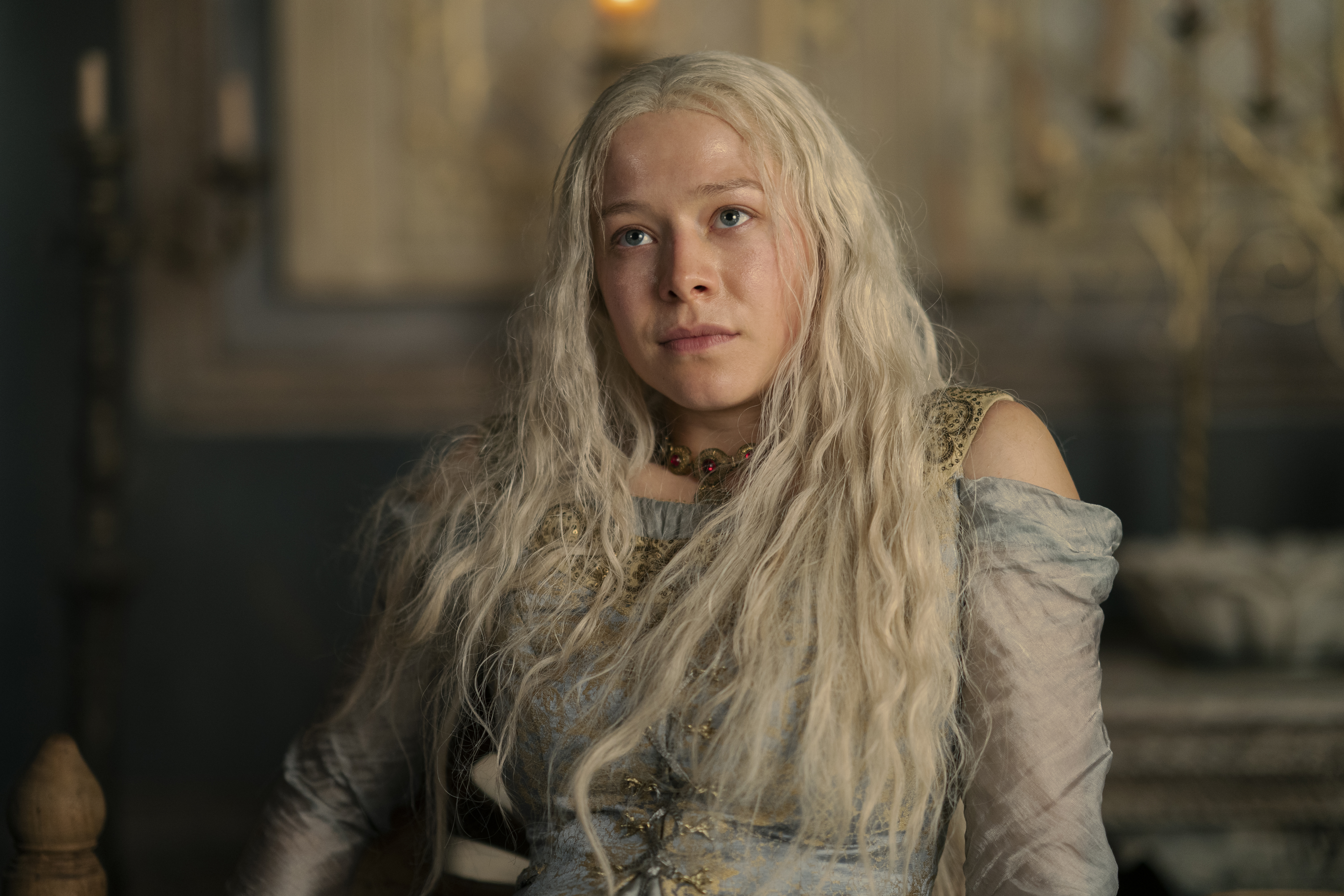 Warning: spoilers ahead for House of the Dragon episode 6.

After five weeks of Milly Alcock and Emily Carey portraying Princess Rhaenyra Targaryen and Lady Alicent Hightower in House of the Dragon, episode 6 of the Game of Thrones prequel marks a changing of the guard.

Following a 10-year time jump, the characters return as their older serves, played by the stellar Emma D’Arcy and Olivia Cooke – and it appears that time has done little to heal the wounds between the once-close friends.

The latest instalment of the series sees Rhaenyra give birth amid continued speculation over the identity of the father of her children, with her most vocal critic being the Queen herself, Alicent.

Devastating deaths, political espionage and a double-assassination follow… as do the appearances of several powerful dragons.

Rhaenyra’s labour shows side of childbirth rarely seen on screen

This week marked the first time that House of the Dragon viewers saw Emma in action in Rhaenyra, with the older character’s debut mirroring a scene from the very first episode of the show, when the princess’ mother went into labour shortly before her untimely death.

In episode six, Rhaenyra gives birth to her third child – but immediately afterwards, is informed that the Queen, Alicent, has requested to see the baby boy.

As Rhaenyra gets up, she grimaces in pain, as one of her attendants explains that she’s going through the afterbirth, when the placenta and foetal membranes are discharged from the uterus.

In all of the childbirth scenes that have been seen on TV and film over the years, it’s safe to say that a very small fraction might have depicted afterbirth, known as the third stage of labour (we can’t think of any other than this instance off the top of our head).

House of the Dragon continues to place a strong emphasis on childbirth, while also adding in details to ensure it feels as realistic as possible, including the cutting of Rhaenyra’s baby’s umbilical cord.

Rhaenyra isn’t given a single moment to rest after giving birth, when she’s summoned to the queen.

While her husband Ser Laenor Velaryon (John Macmillan) accompanies her, it’s made clear that he isn’t the father of any of his wife’s children, given that before they exchanged their vows, Rhaenyra was aware that Laenor is gay and agreed with him that they would both have affairs with other people after they wed.

When Alicent first lays eyes on Rhaenyra, she implores her stepdaughter to rest – clearly a passive-aggressive move given she was the one who beckoned her to her own quarters.

Alicent makes a jibe to Laenor about the baby not looking like him, while continuing to urge her husband the King – who’s deteriorated even more due to his faltering health – that Rhaenyra has given birth to three illegitimate children.

Harwin’s departure from King’s Landing leads to his demise

Alicent’s suspicions about Rhaenyra are evidently true, as it’s implied that the princess conceived her children by having an affair with Harwin, who’s widely regarded as the strongest man across the Seven Kingdoms.

Not only does Laenor give Harwin some time alone with Rhaenyra and the baby, but Harwin allows himself to be riled by Ser Criston Cole (Fabien Frankel) in the sparring yard when they’re teaching the young princes how to fight.

After Criston makes a taunt insinuating that Rhaenyra’s children are Harwin’s sons, Harwin lashes out, pummelling the knight – which is exactly what Criston wanted to happen.

Having been expelled from the Kingsguard, Harwin departs King’s Landing for his family’s ancestral home at Harrenhal, where he’s joined by his father Lord Lyonel Strong (Gavin Spokes), the Hand of the King, for the journey.

Unbeknownst to them, Harwin’s younger brother Ser Larys Strong (Matthew Needham) plotted their demises after speaking to Alicent about the parentage of Rhaenyra’s children, resulting in them being burnt to death in their own castle.

Episode six of House of the Dragon begins with one childbirth and ends with another… the second of which has a tragic end.

Laena – who’s now married to Prince Daemon Targaryen (Matt Smith) – is expecting their third child while the couple are living in Pentos as honoured guests.

The dragonrider Laena, who commands the biggest dragon in the kingdom named Vhagar, wants to return to Westeros so she can be reunited with her brother Laenor, despite Daemon seeming inclined to them staying in Pentos living a life of privilege with their two daughters.

When Laena goes into labour, the physician informs Daemon that he’s unable to deliver the baby and that cutting directly into the womb would cause his wife’s death.

Laena decides to take the end of her life into her own hands, ordering Vhagar to burn her to death, which the dragon eventually does despite her initial reluctance.

Daemon tries to call to Laena to stop her, but is seconds too late.

Next generation of Targaryens spar and toy with dragons

Aemond appears to be a punching bag for his older brother and cousins, as he’s taunted over not having a dragon of his own.

Meanwhile, the eldest of the children, Aegon, seems to be a talented swordsman, delighting his father the king during training.

However, it’s not all fun and games, as his mother Alicent warns him that he must be ready to take the throne from Rhaenyra’s grasp should the opportunity arise.

House of the Dragon returns on Monday from 2am on Sky Atlantic and NOW.