Award-winning director Freida Lee Mock always imagined that her new documentary, RUTH – Justice Ginsburg in Her Own Words, would release after the 2020 election. She also thought that Ginsburg would be able to ring in the film. But sadly, the Supreme Court justice and champion for gender equality passed away months before the film’s release.

“We thought we’d celebrate with her, but we’re celebrating with all people who love what she has done, her fans,” Mock tells BAZAAR.com. “I cannot quantify it, but I just felt the importance of the film more than ever. An importance that’s different than if she were with us.”

Using archival footage and interviews from colleagues and writers, RUTH, which premieres on February 12, traces the justice’s history-making career and landmark decisions, from her time as the first woman tenured professor at Columbia Law School to her time on the Supreme Court bench; her celebrity status as the “Notorious RBG”; and beyond. It also highlights her personal life, as a mother of two and caring partner of Marty Ginsburg, plus the discrimination she faced for being Jewish, a woman, and a mother in the workforce. 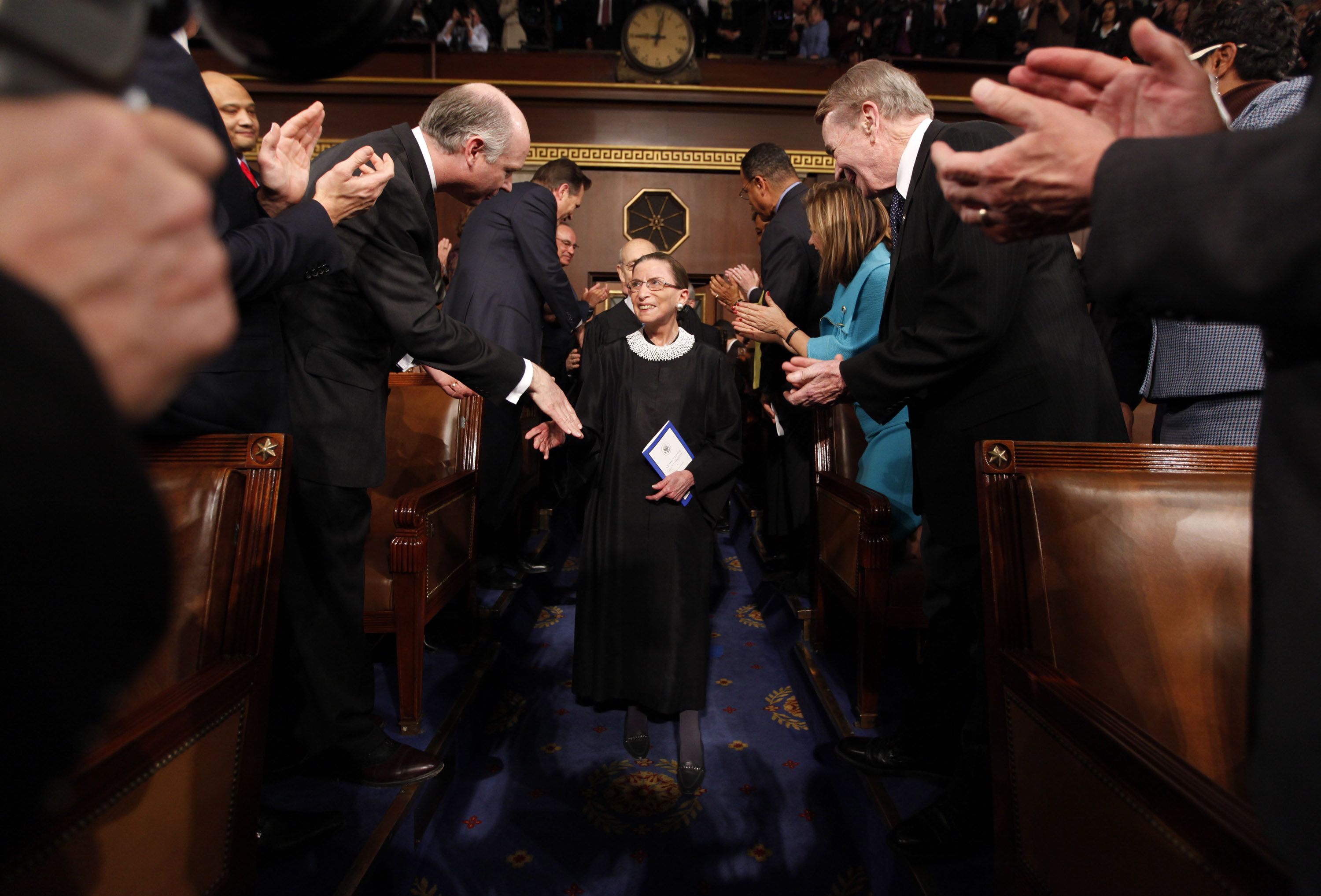 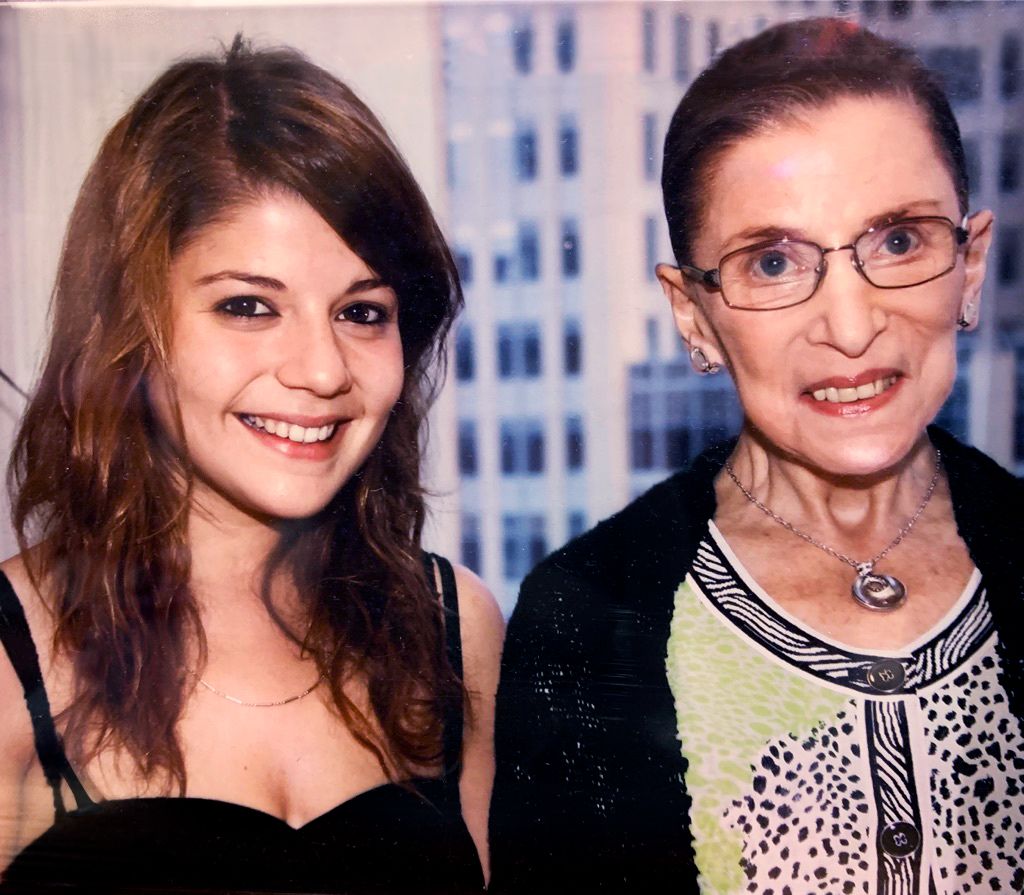 Justice Ginsburg was aware of the film before she passed. She and Mock were already in contact years prior when the filmmaker sent her a copy of her 2013 Anita Hill documentary. Then in 2015, Anita executive producers Regina Scully and Geralyn Dreyfous approached Mock, who won an Oscar for her documentary Maya Lin: A Strong Clear Vision, about profiling RBG. She jumped on the opportunity and wrote Justice Ginsburg about the project.

“She wrote back saying, why don’t we think about it after 2016, when On the Basis of Sex, the fiction movie that was being written by her nephew, would be finished,” shares Mock. “Then the election happened. And so the team and I just [said] it’s time to do the film, because we need her voice and her ideas now.”

After starting the film in mid-2017 and finishing the bulk of it after the Brett Kavanaugh hearings, production wrapped in 2020. The doc was pretty much done when Justice Ginsburg passed away in September.

Ahead, Mock opens up about the hours of research, Justice Ginsburg’s lasting impact, and profiling the trailblazer for women’s rights.

There are already a lot of films and books and biographies about Justice Ginsburg. How did you want this to differ from what we might’ve already seen?

I hoped that what I painted and shaped would be absolutely true to her spirit and intellectual, legal dynamism, and impact. And so, by shaping into as much as possible in her own words, as opposed to other people telling you what she’s like, hoping you would feel she’s intimately talking to you the way she talks to those kids. I just found that fascinating. 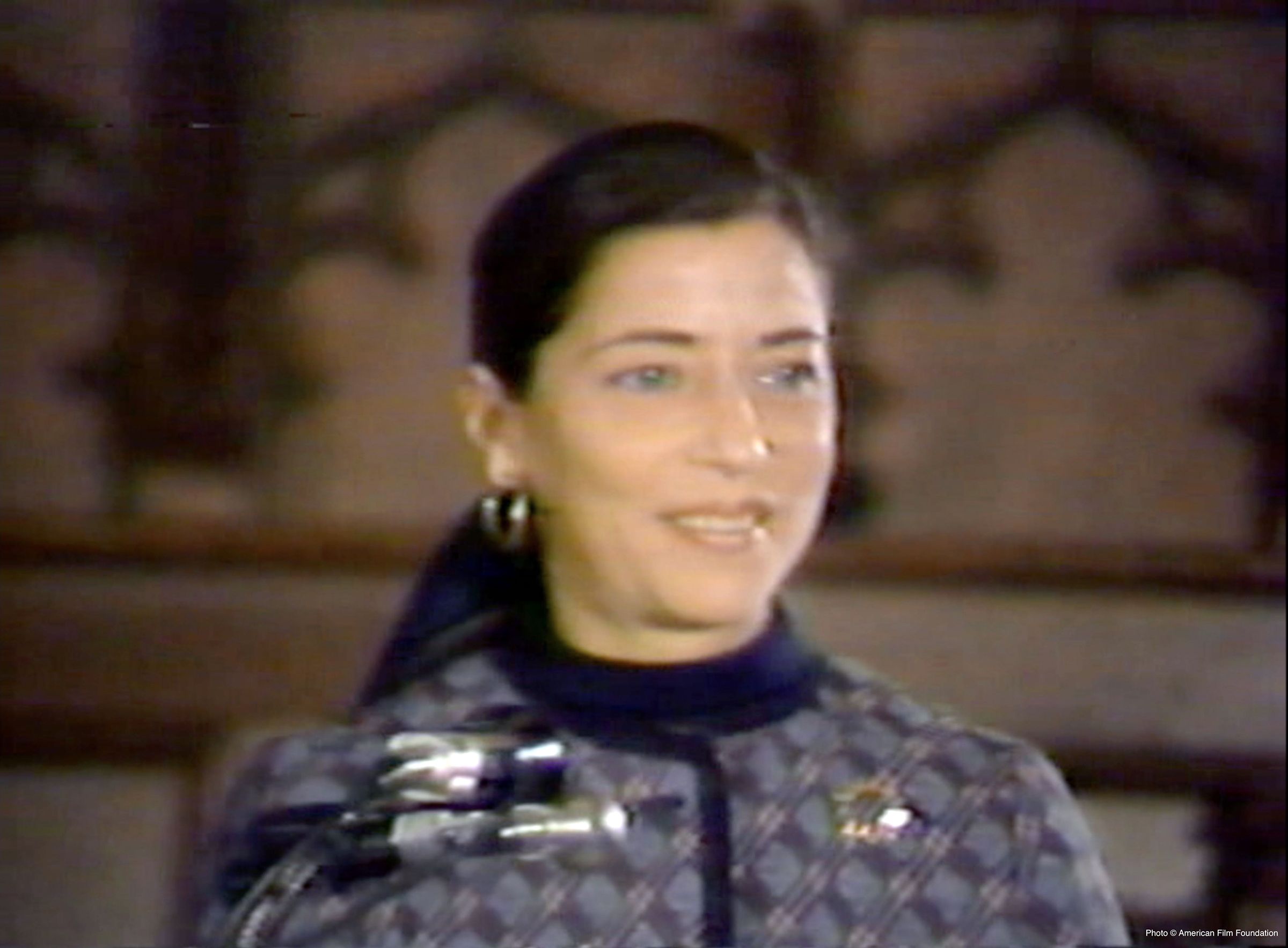 You were finishing RUTH in the midst of the Kavanaugh hearings and you were moved to start production during the Trump years. How do you feel that era shaped her legacy?

Her presence was profound, because she was a symbol of things that were contrasts to the administration. She would carry that U.S. Constitution with her, you know, the small one. And she profoundly believed in creating a more perfect union, which is stated from the preamble. She profoundly believed in equal justice for all. And what you see going on in these last four years is an absolute contrast to those principles.

I think her passing was so stunning, because she seemed to overcome so many critical obstacles, this cancer or that pancreatic situation. And so, we thought that she’d be with us. But the joyful aspect of that is that we have the enormous work she has done from the ’70s onwards as something to remind us of the importance of what she did for women and men in terms of her fight for equal justice.

How did you gather all your research? Was there anything that surprised you as you were parsing through all this information?

I first start with book research, primary and secondary sources, just to understand the story and get the kind of big-picture intellectual understanding of who she is, and then decide what part of her story can we tell and how to tell it visually. The idea was, What can you do in a two-hour film or hour and a half? You can’t tell everything. I think there was a lot of footage on there, because she’s lived this long distinguished life. There’s many archives, there are stock footage houses, U.S. government has archives, but particularly the networks have archives. We just comb through everything under the title of Ruth Ginsburg.

I was very lucky to find certain things. I said I was looking for gold.

We looked at hundreds and hundreds and hundreds of hours. It took months and months, and that helped to shape what we had to film, what we needed to film, and what we prefer looking at before using this footage. That all kind of became part of the mix. And I love the footage when she’s in her 40s, in her 60s, and she meets the kids. I love that.

When I found that, it helped me solve the question, How am I going to talk about the Supreme Court cases and not lecture the public? The kids ask the right questions about the cases. That allowed us to go off and use the kids as a human way to get into the story and also use animations as a way to help us go through what are potentially very complex issues. So that approach helped shape what the visual aspects of the storytelling would be. I was very lucky to find certain things. I said I was looking for gold. And then, you film what you have to film.

Were you able to hear some feedback from her family about the project?

No, we didn’t actually. If you start a project, you think, Who might you want to talk with? And so, of course, you start with the family and with her, but she knew because we had this other previous discussion with Anita. I wrote [her daughter], Professor Ginsburg, and James just to let them know. Professor Ginsburg heard about the film just a couple months ago, because it was shown at a National Asian American Bar Association convention. And so she asked me, [saying] she wants to see it. She was very grateful. I sent her a copy before the film came out. I assume she shared it with the family. 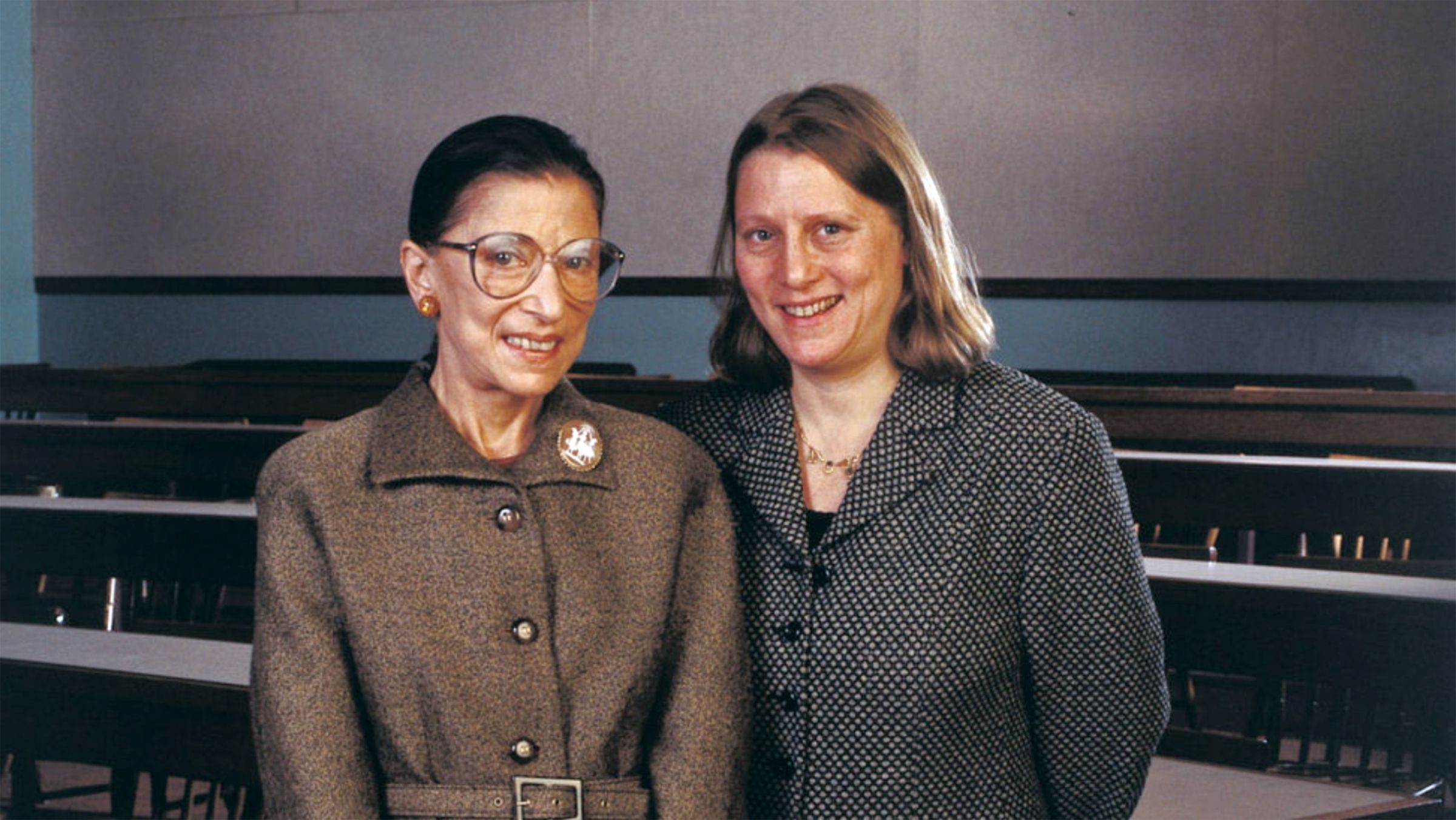 Thank you so much. Is there anything else you want to add?

What stands out to me about who she is, besides her amazing work, is that as a “Notorious RBG,” I found that she would use her public platform meeting the public, as opposed to her colleagues. … But the other thing that I loved that she talked about always, I think 9 out of 10 times, was unconscious bias. In other words, it was the last frontier for her. With all the success she has in creating equality for women, really the challenge is the unconscious biases we have. We don’t even know that we are still discriminating, and that’s something that’s come out, as we know, with George Floyd and the [crisis] of systemic racism. And she always talked about the Japanese-American internment, as such a violation of constitutional rights. Nobody else in a national leadership, I’ve found, uses her platform consistently to talk about those two things.

She was really amazing. She’s extraordinary. I was really privileged to have this project to go through. She’s been personally and professionally very impactful.

RUTH – Justice Ginsburg in Her Own Words arrives in select theaters February 12, on VOD March 9, and on STARZ on March 1 at 9 p.m. ET/PT.

This interview has been edited and condensed for clarity.