IGGY Azalea has exposed the shocking X-rated DMS a string of celebrities have sent her begging for her sex.

The Australian rapper, 30, shared screenshots on TikTok of the explicit messages from rappers, including one star who offered her $15,000 for a phone chat. 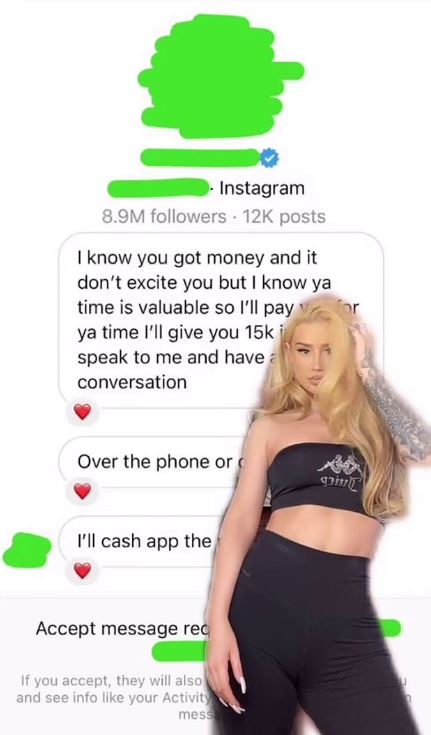 One celebrity, who has 27million followers on Instagram, wrote: "I want to kiss the inside of your b**t hole."

Another, with 6.2million fans, DM'ed: "You need a Pooh Bear, I'll eat dat thing like a jar of honey."

One mystery man with 8.9million fans offered to transfer over thousands of dollars for a phone or Instagram conversation.

"I'll pay you for your time. I'll give you 15k just to speak to me and have a conversation," he begged. 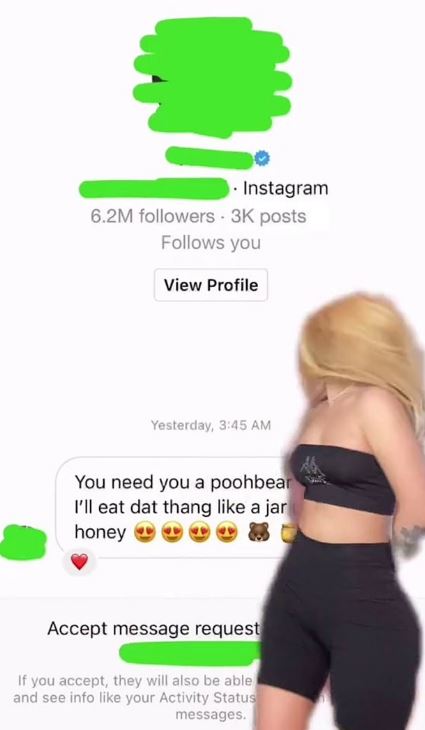 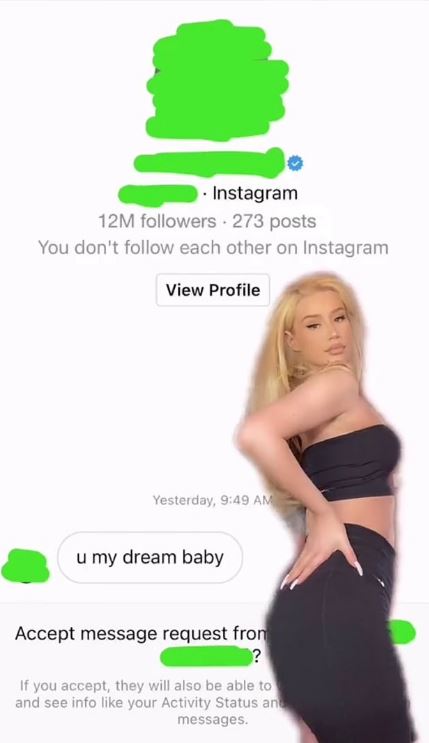 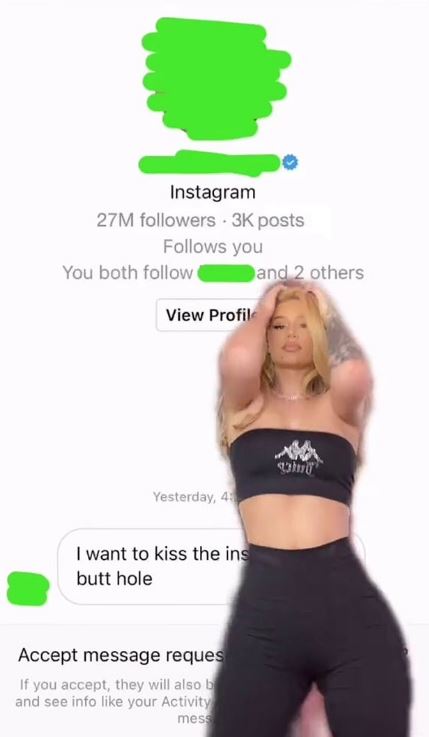 "Over the phone or on here. I'll Cash App the money."

Yet another star offered to marry Iggy and insisted they would "protect" her better than her ex-boyfriend Playboi Carter.

"I'll play side n***a step daddy roleplay, toe massage, therapist, whatever role you want me to play," they said.

Iggy shared the screenshots – with the names blurred out – while dancing in front of them in a clip on TikTok. 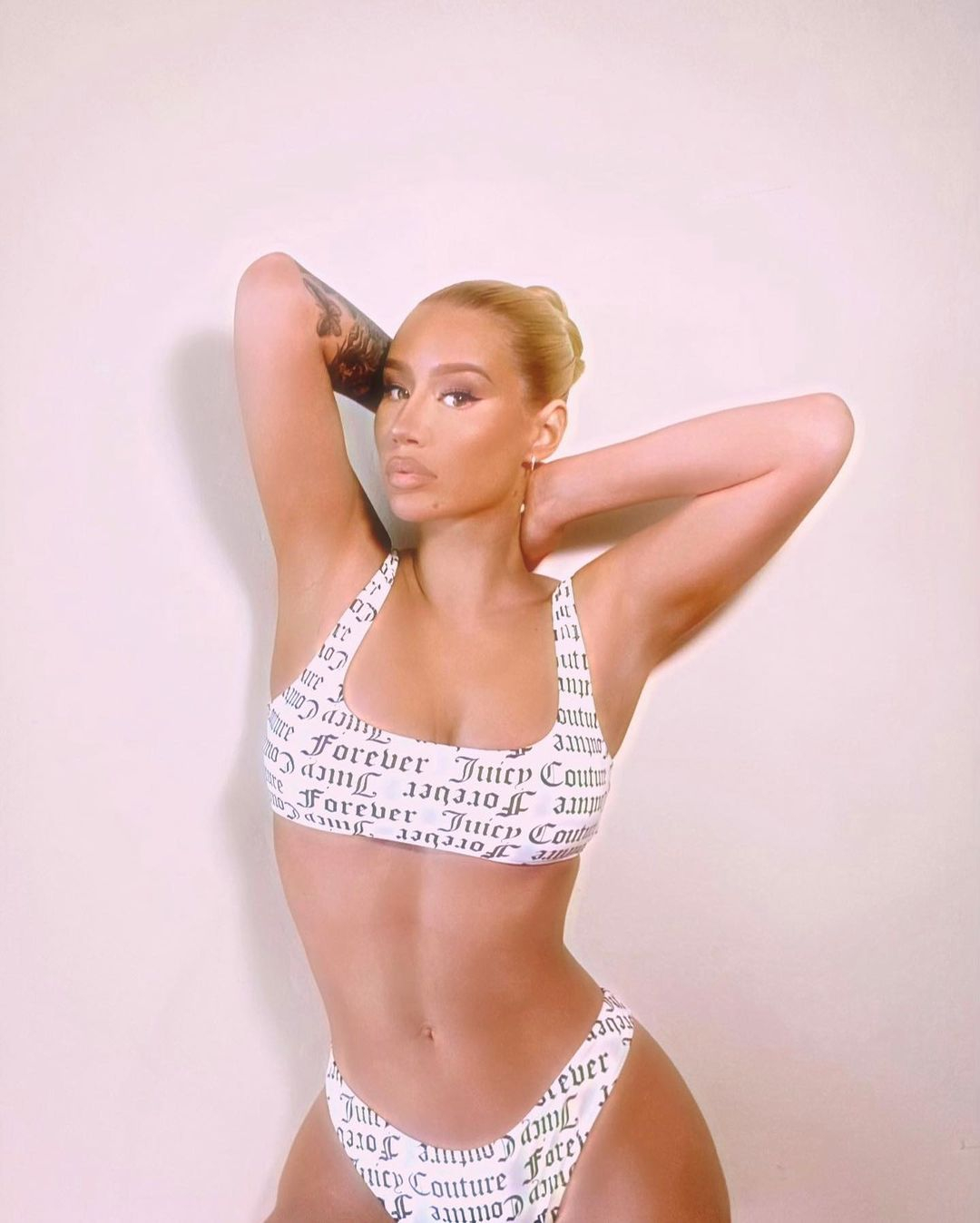 One fan begged her to reveal the identities of her inappropriate admirers, a request that the Fancy hitmaker refused.

"They know who they are, this is as mean as I can be lol," she wrote.

Another fan commented: "I don't understand why guys think messages like that will attract us to them." 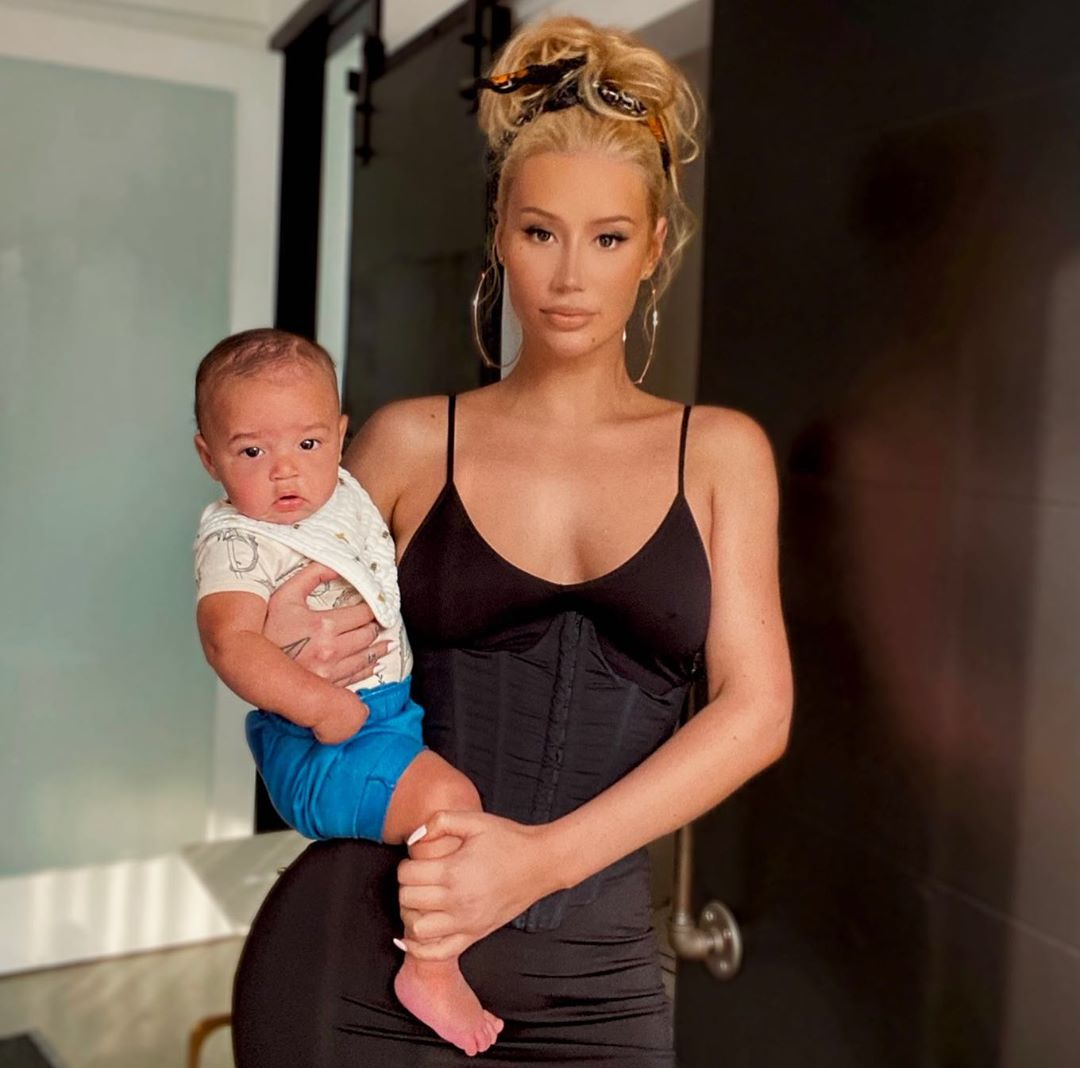 Iggy replied: "Exactly. When have you ever said this and it's worked because I refuse to believe anyone is responding to this."

She added that she doesn't block the men, she usually just "denies" their message request.

The rapper – who has a baby son Onyx with Playboi – talked about the amount of famous people in her DMs in her explicit new song, Sip It.

'F**k him on top / big boobs no training bra,' she raps in theopening verse. 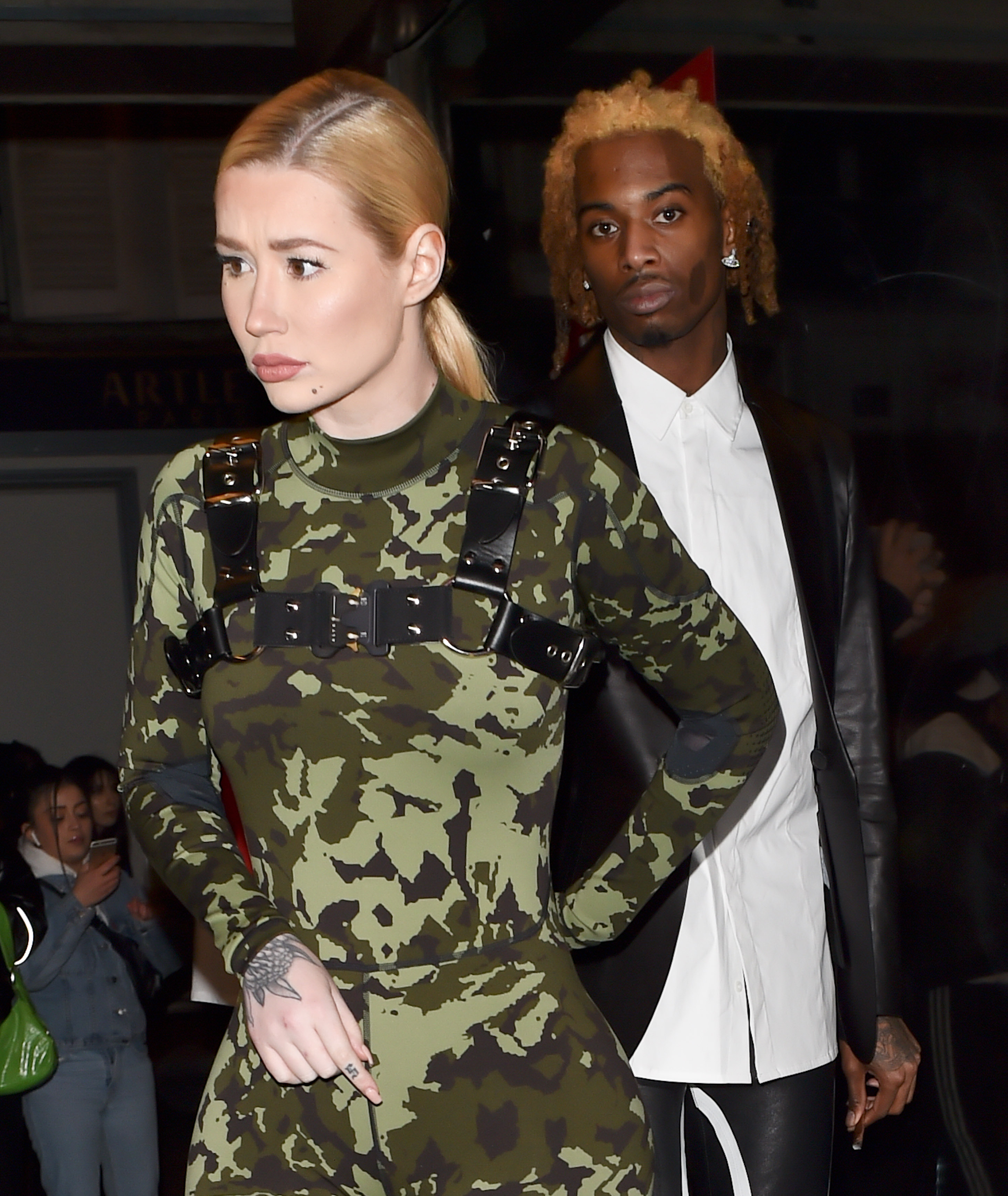 Iggy – real name Amethyst – revealed in June 2020 that she gave birth to a son, announcing: "I have a son.

“I kept waiting for the right time to say something but it feels like the more time passes the more I realise I’m always going to feel anxious to share news that giant with the world."

"I want to keep his life private but wanted to make it clear he is not a secret and I love him beyond words."

In December, the Work rapper called Playboi "trash" for allegedly canceling his Christmas plans with her and their then nine-month-old to party with the woman who apparently broke up their relationship.

She claimed they had planned to spend the holiday together with their child.

But he apparently changed the plans last minute and threw a release party for his new album, Whole Lotta Red.

Iggy – who shaved her head back in October – tweeted: "I would never decide to do something of my own free will that meant missing a milestone moment with my son and if you do you’re trash."

"Too bad you got an album out but can’t even come to Christmas with your own son.

"Imagine not flying out your family on Christmas but you have the girl you cheated on my entire pregnancy at your album party and magically me and my son can’t come for Christmas any more? TRASH."