Cote de Pablo has had quite a prolific career. The Chilean-American singer and actor gained popularity after being cast on the popular TV show “NCIS” starring opposite actor Michael Weatherly. She played Ziva David, a former Mossad officer from Israel. The duo worked together, and their chemistry was undeniable. The two actors played their roles for several seasons, and fans could not get enough of their electric chemistry!

De Pablo and Weatherly shared a good professional relationship. Being first introduced to “NCIS” viewers in Season 3, fans watched her and Weatherly’s characters grow. De Pablo left the hit CBS show in 2013, and her exit was anything but subtle. The great dynamic that had existed between the two was gone, and it left Weatherly thinking that he had “stayed at the party for too long,” as he told TV Insider in 2016. Speaking about the sudden transition, he added, “I would look around the room and other people were really in sync and having fun. The show was a huge success, but I just suddenly realized that I probably had other things that I should be doing.”

De Pablo and Weatherly made for a great on-screen pair. But what about the real-life relationship between them? Did the two ever date? Or perhaps still have a romance today? Here’s more! 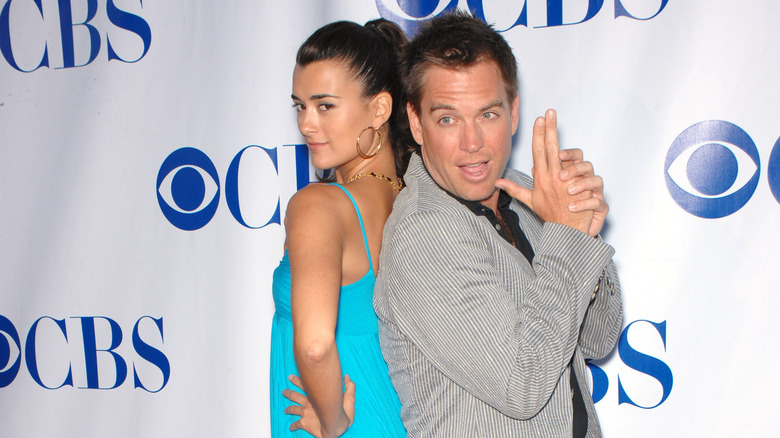 Undeniable on-screen chemistry can go a long way and even convince fans that their favorite actors are dating in real life. But the truth of the relationship between Michael Weatherly and Cote de Pablo was that they never dated. Let’s just call them great friends and colleagues on “NCIS”!

In a segment with Entertainment Tonight featuring the pair interviewing each other, the actor said that he had only good feelings about their bond. “My first impression was that you were a very put-together young lady from New York. I was amazed by the focus and the clarity of the performance, and before I knew it, I had fallen hopelessly, desperately into an enchanted spell,” he said. Weatherly’s response took De Pablo by surprise. “Wow. That was quite the answer,” she exclaimed. Weatherly also asked how his character would be killed off on the show, and de Pablo responded, “I would kiss you, and put a knife through your gut.” Wow.

When de Pablo asked Weatherly about the name he would give them if they dated in real life, he was quick with an answer, saying that he’d give them the nickname of “Ham and Cheese.” Weatherly added that he would be the “clearly” be the ham while de Pablo would be the “cheese” of the relationship. Now, that sounds like a delicious combo that we wouldn’t want to miss!