EVERYONE'S heard of the Strictly Curse, but some couples have come closer to a punch-up than a hook-up.

Celebrities and their professional dance partners don’t always get along like a house on fire, with backstage bust-ups often casting a shadow on the glitzy competition. 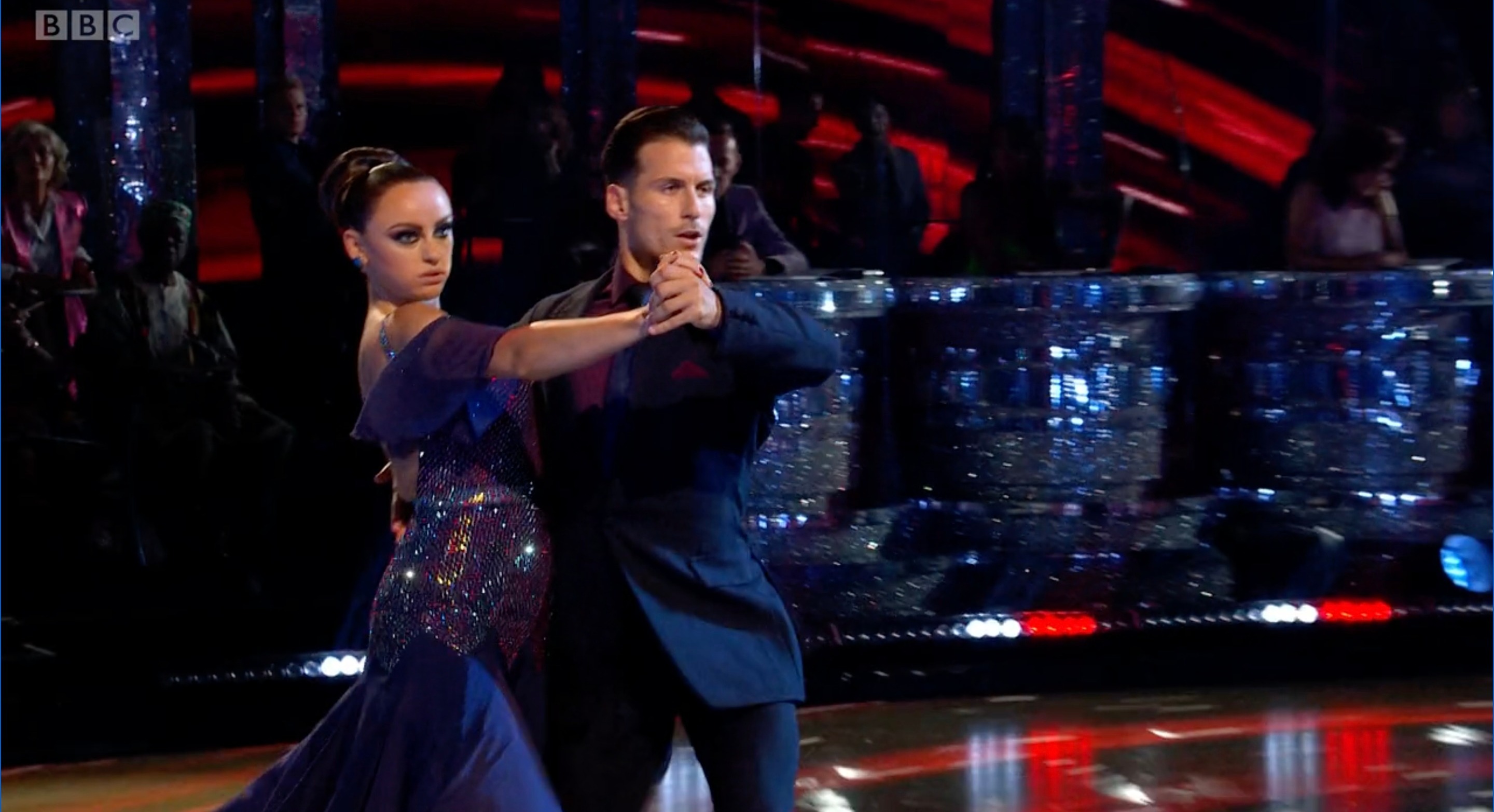 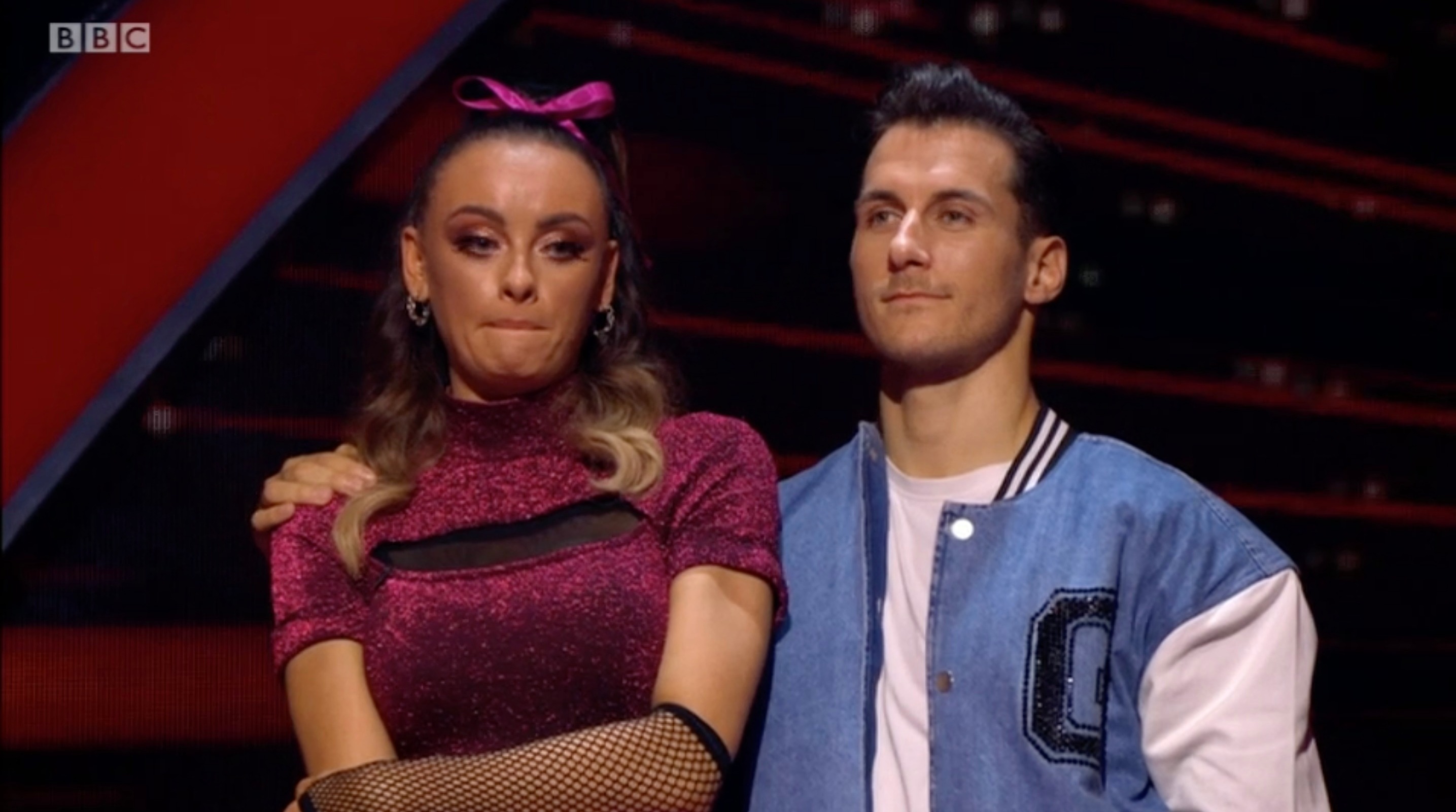 This year’s couple rumoured to be feuding behind the scenes are Hollyoaks actress Katie McGlynn, 28, and Gorka Marquez.

Strictly fans are convinced the couple aren’t getting along after spotting “tension” between them following their jive on Saturday night.

It came after the pair appeared to have disagreed over the amount of time that Katie spent rehearsing as she skipped dancing to film Hollyoaks.

She was spotted in Liverpool filming for the Channel 4 soap as Gorka, 31, moaned ahead of their performance that they had "no hours to train".

"If you achieve what you do with no experience and no hours to train, I can't wait to see the rest," the professional dancer told her last week.

The pair ended up in the dance-off, but it was ex-EastEnders actress Nina Wadia and her pro partner Neil Jones who were booted off the show.

Katie and Gorka aren’t the first couple to have been hit by this different kind of Strictly Curse.

Here we reveal some of the most explosive couple spats in the show's history. 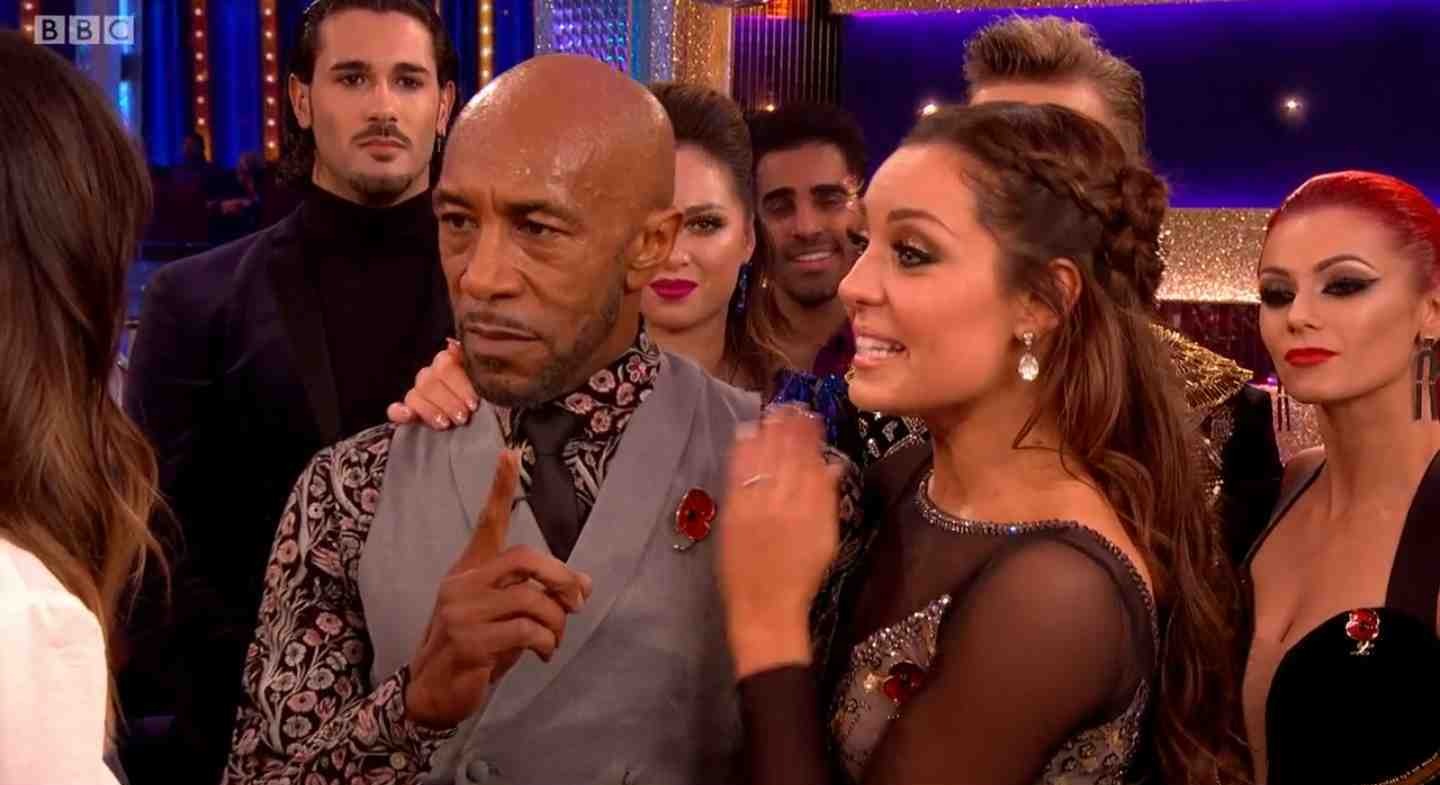 In the 2018 Strictly series, Red Dwarf actor Danny John-Jules was given a final warning by show bosses for “bullying” his dance partner Amy Dowden.

Sources said Amy was left in tears during training, and stormed out when he at one point angrily told her: “I’m the star, not you.”

A source said: “Danny swears and shouts at Amy a lot. She’s in bits.”

At a later date, Danny insisted there was no argument, but a “difference of opinion”.

He added he’d secretly been forced to dance with a choreographer’s assistant for two weeks rather than Amy, as she’d been injured. 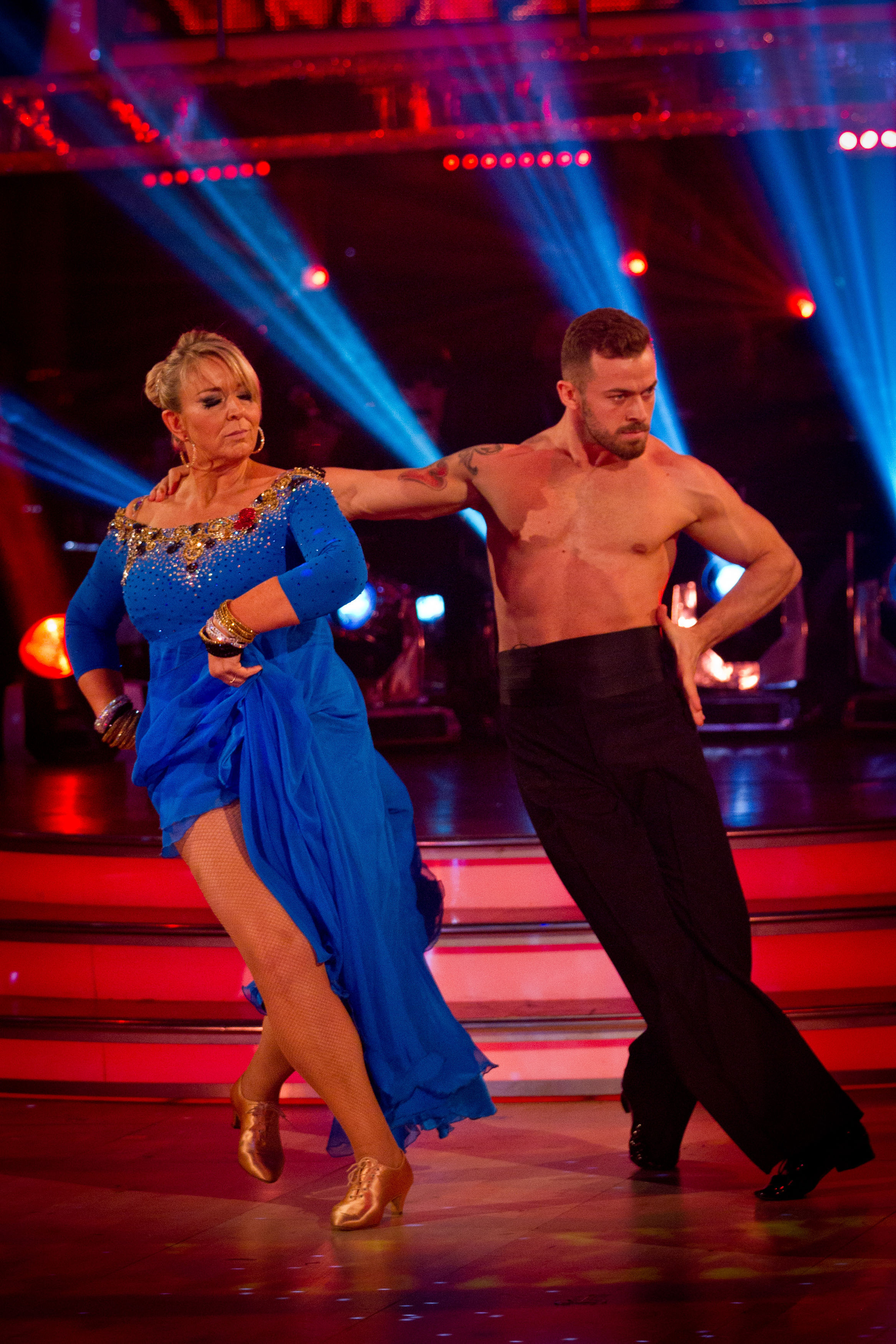 Fern Britton was overjoyed to be paired with hunky dancer Artem Chigvintsev in 2012.

But the former This Morning presenter later claimed the pro “kicked” and “shoved” her during training, and even once told her: “Go home before I kill you.”

Artem was shocked by Fern’s comments and insisted they weren’t true.

He said: “I believe I treated Fern with respect and genuine care, and these claims about me are the opposite of everything I believe in and the person I am.” 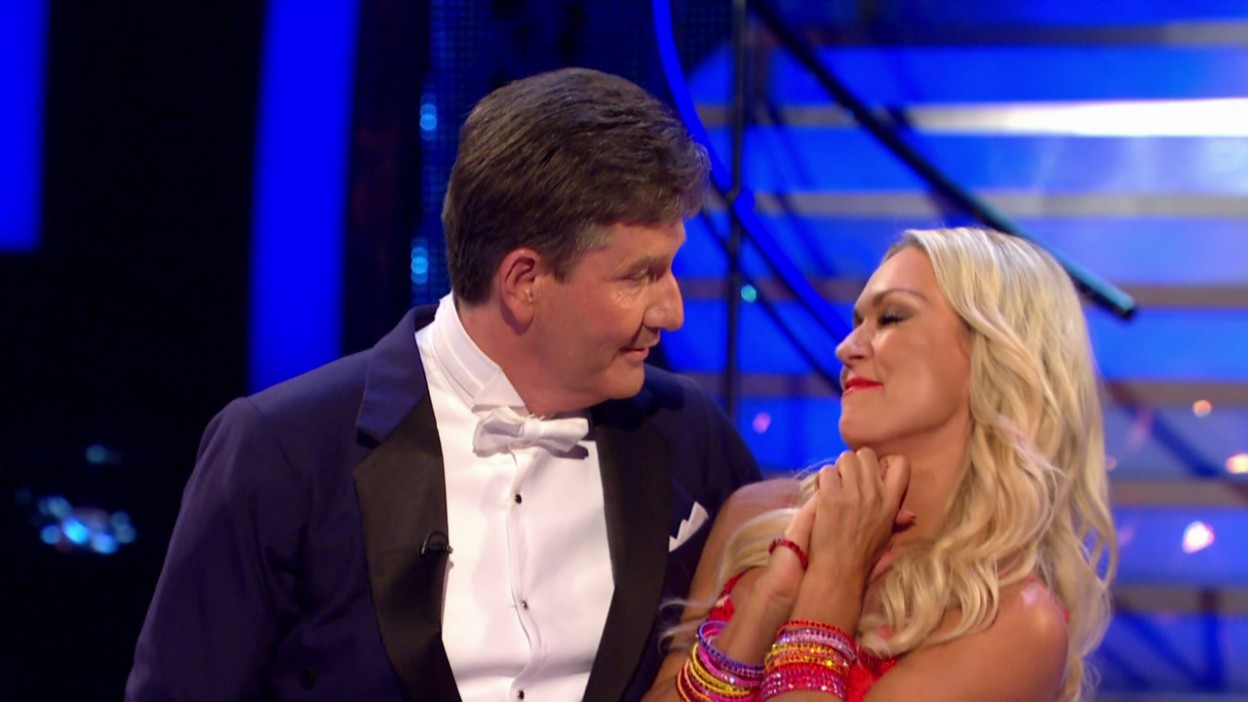 Kristina Rihanoff, 44, was known for being partnered with hunky male celebs on Strictly, and often couldn't resist their charms.

In 2015 she was paired with Irish crooner Daniel O’Donnell, 59, and judge Craig Revel Horwood claimed she was unhappy about it and saw it as a “punishment” for her past dalliances.

“When she first got paired with him I think she was gutted!” he told Woman Magazine.

“But it was rather obvious she wasn’t going to get a hot, young celeb after everything that has happened.” 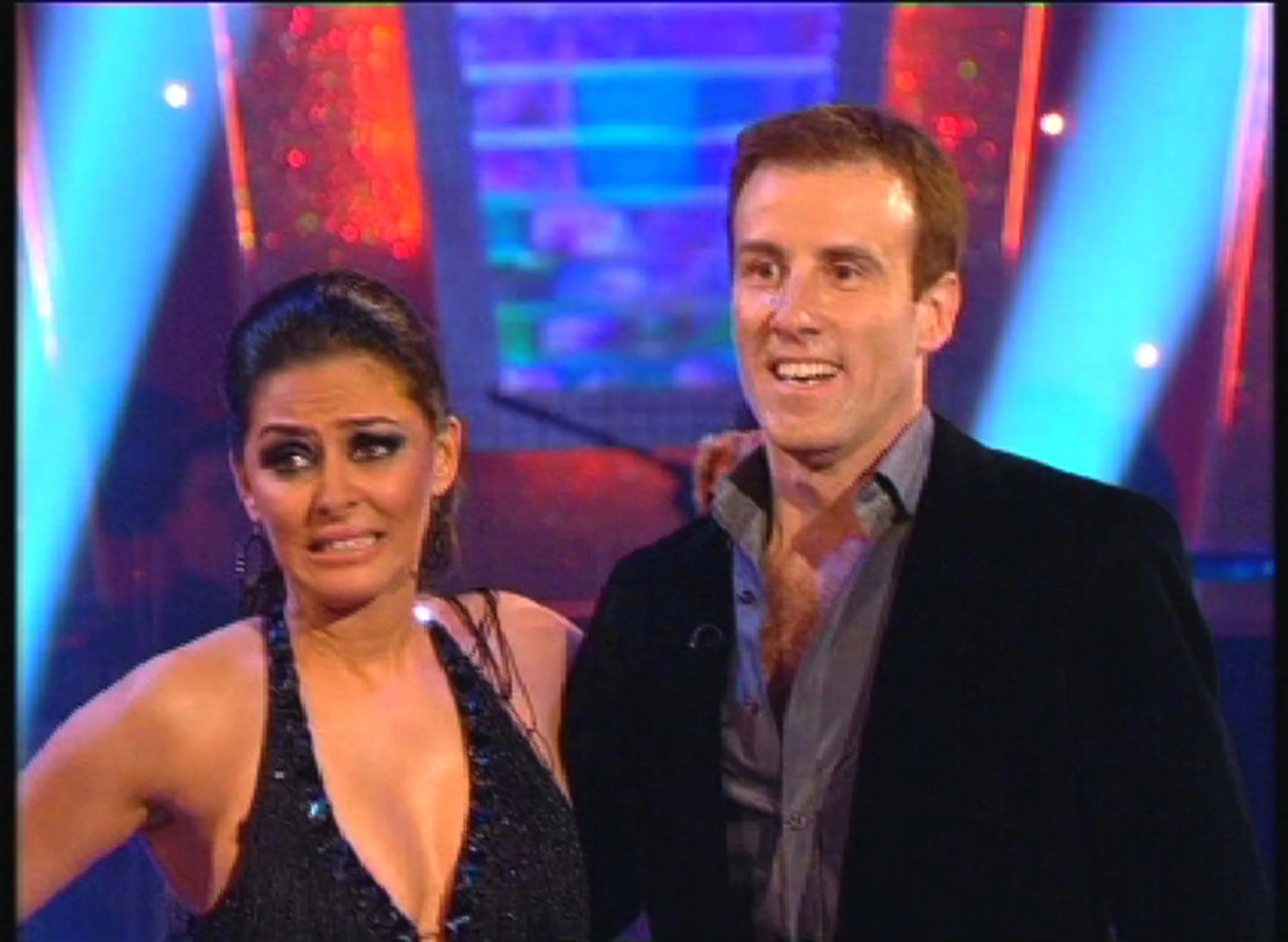 Before he was a judge on Strictly, Anton Du Beke was a professional dancer.

But in 2009 he allegedly made a racial slur against his actor dance partner Laila Rouass, calling her a “p***” during a one-on-one training session.

It came shortly after reports claiming Anton repeatedly left Laila in tears, made a joke about her catsuit live on air and reportedly once asked her, “You’re not a terrorist, are you?”

He apologised and wasn’t kicked off the show, claiming what he'd said was “banter” and “in jest”.

He insisted: “I am not a racist and I do not use racist language.

“During our rehearsals, Laila and I have exchanged a great deal of banter – entirely in jest – and two weeks ago there was an occasion where this term was used between the two of us.

“There was no racist intent whatsoever. I apologise unreservedly for any offence my actions might have caused.”

Laila confirmed she had “accepted” his apology and insisted she was “really enjoying” dancing with Anton. 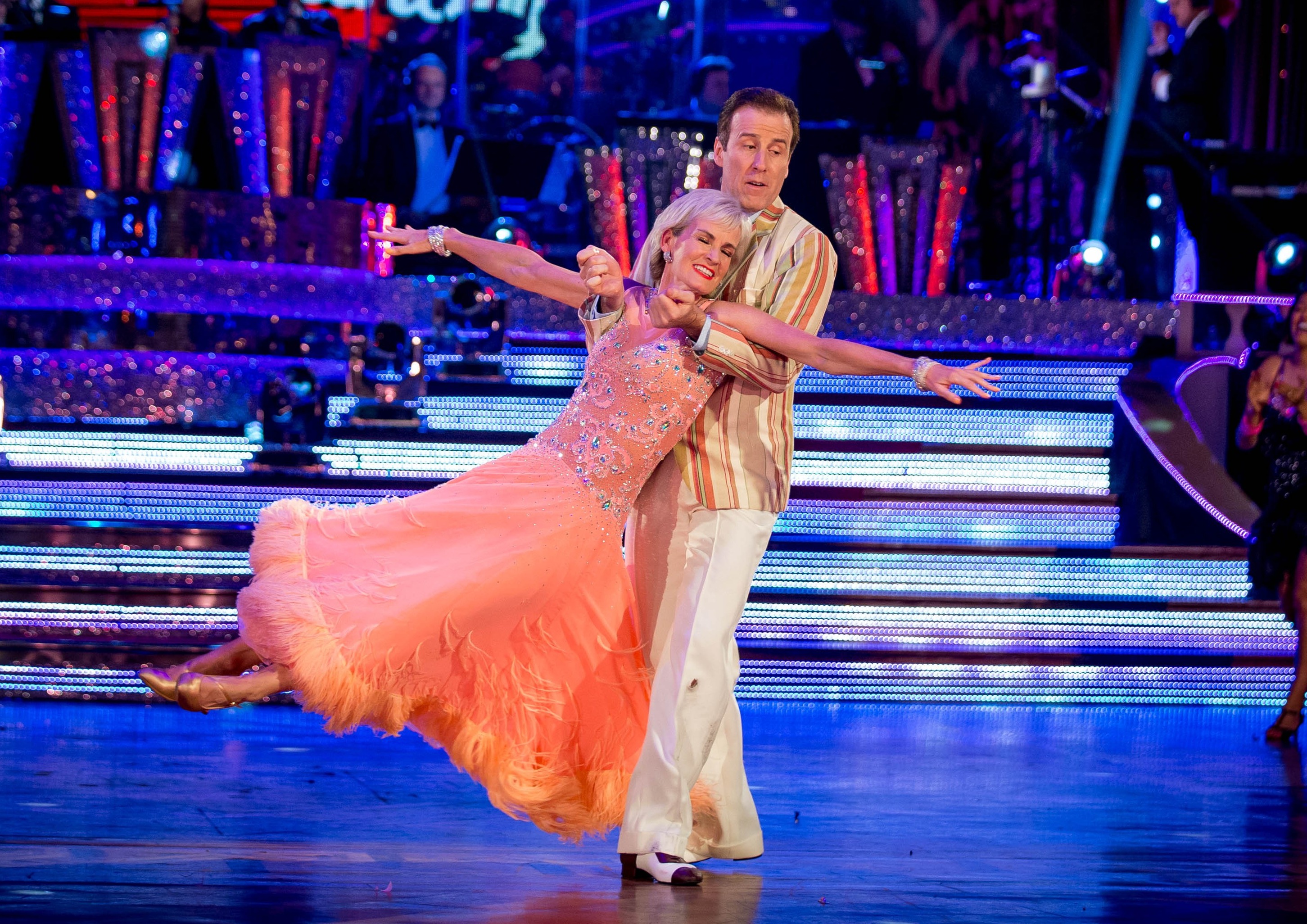 Anton also had problems with his partner Judy Murray in 2014.

After they were voted out in ninth place, he reportedly branded Andy Murray’s tennis coach mum “s**t”.

He was quoted as saying: “She was s**t. Why couldn’t they have given me Pixie Lott?” 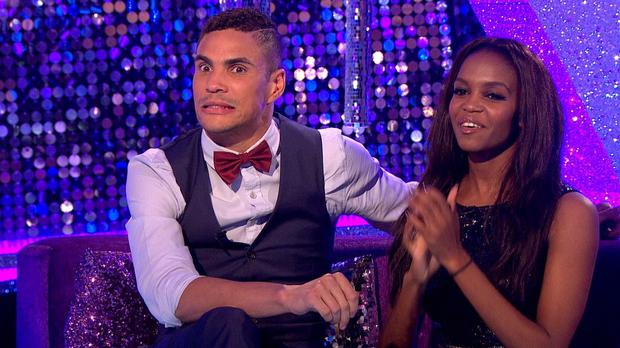 Although they ended up as friends, Oti Mabuse wasn’t happy when she was paired with wrestler Anthony Ogogo in 2015.

The dancer – who is the only pro to have won twice – admitted she thought the British boxer was an “a**ehole” before being paired up with him.

Anthony told The Sun: “When we got partnered up, I said to Oti, ‘Did you like me when you first met me?’ and she said, ‘No, not really, you look like an a**ehole’.

“Really, to be fair, we didn’t make friends before we got picked.”

Oti later said it had been Anthony’s “face and posture” that put her off him.

She added: “I think both of us were like, ‘What are we going to do with each other?’”

The pair insisted by the end of the show, they “couldn’t have had more fun together”.

Bosses to the rescue 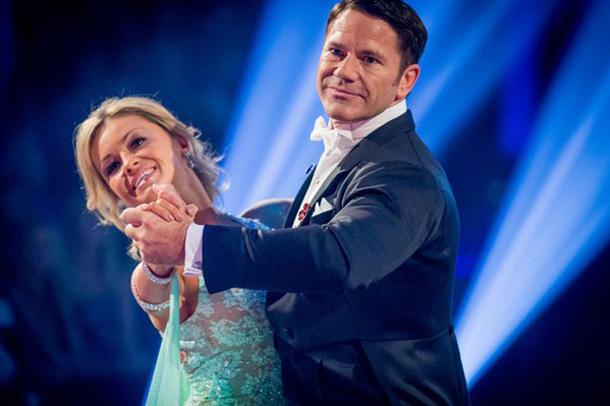 Most celebs are aware of the gruelling training regime they’re letting themselves in for when they sign up for Strictly.

But Steve Backshall wasn’t one of them.

In 2014, when he was paired up with Ola Jordan, the TV wildlife expert claimed he was being bullied by the “rude and impatient” pro.

BBC bosses were even forced to make sure the couple had a chaperone in all of their training after he made his complaints.

Steve later denied the bullying claims, branding it "pretty crazy that the word 'bullying' was bandied around".

He added: "It's not a word that should be used lightly and certainly not one that I ever used." 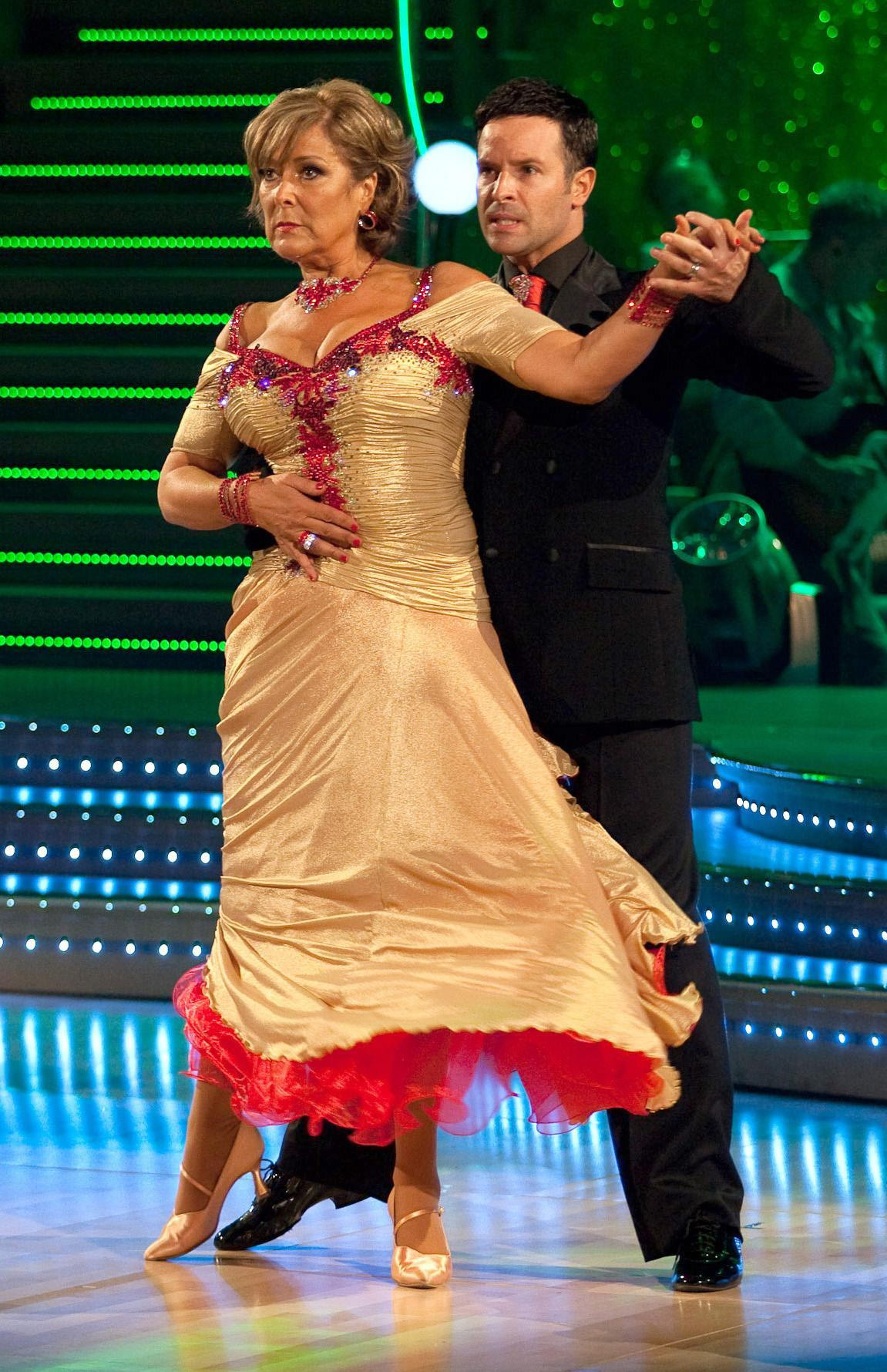 Lynda Bellingham and Darren Bennett weren’t on Strictly for long in 2009, finishing in 13th place.

And after the Loose Women star died in 2014, her widower Michael Pattemore revealed in his book, My Lynda, that she didn’t get on with her partner, and called him a “miserable git”.

He wrote how Lynda said he took dancing rehearsals incredibly seriously, wanting to dance solidly and operating a strict "no fun allowed" policy.

“Even when they went for a cup of coffee afterwards, she said the guy was just blank,” he added. 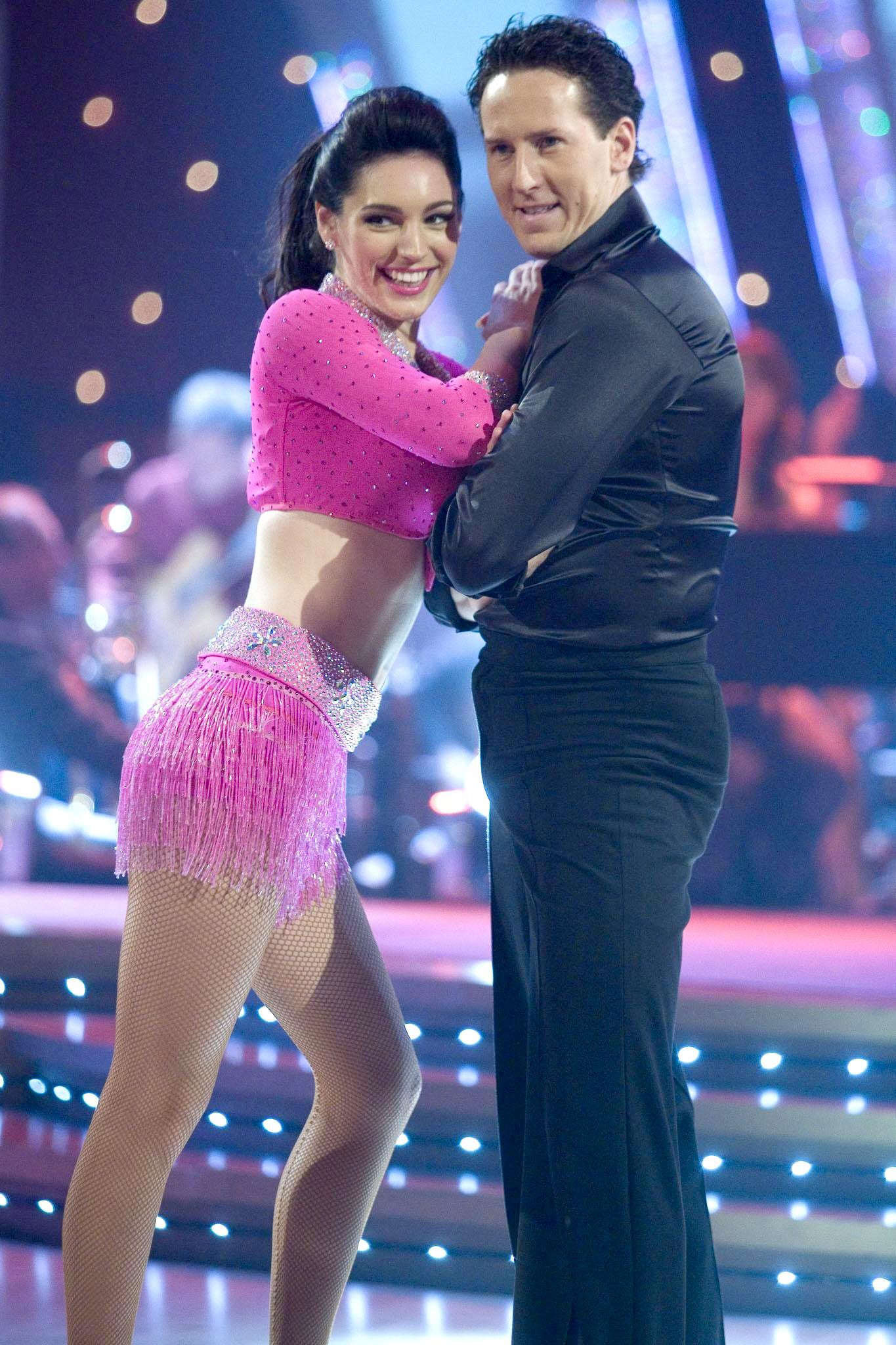 When they were paired together in 2007, Kelly Brook and Brendan Cole were rumoured to have had a very tense relationship behind the scenes.

It was claimed the pair had a furious row backstage in week six as they practiced the Viennese Waltz, when Brendan forgot the steps.

Brendan reportedly told Kelly at one point that they were “definitely not” going to win.

Kelly eventually quit the show halfway through the series, after her father died.

And she and Brendan appeared to put their rift behind them five years later when they reunited for the Strictly Christmas special in 2012.

A family has had their home destroyed and beloved pets killed in a horror blaze that ripped through their flat.

‘Nasty’ Grindr scammer robbed and threatened to ‘out’ his dates

A family has had their home destroyed and beloved pets killed in a horror blaze that ripped through their flat.

‘Nasty’ Grindr scammer robbed and threatened to ‘out’ his dates