Home » Is Why Are You Like This a true story? Creators divulge real-life inspiration for comedy

Why Are You Like This is the brutal Australian comedy which first made its way to ABC before being released on Netflix. The satirical show follows 20-something friends Penny (played by Naomi Higgins), Mia (Olivia Junkeer) and Austin (Will King) as they struggle to get to grips with adulthood. All six episodes were released in one go on Friday, April 16, via the streaming service.

WARNING: This article contains spoilers from Why Are You Like This.

Is Why Are You Like This a true story?

Why Are You Like This was co-created by Naomi Higgins who stars in the series as Penny, Humyara Mahbub and Mark Samual Bonanno.

The series tells of Penny and Mia’s relationship in particular which is based on Higgins and Mahbub’s friendship in real life.

When they were coming up with an idea for a series, they wanted to see more women like them who speak their minds and get up to no good.

And even though some of it has been hyped up for television, many of the plot lines were inspired by their own lives. 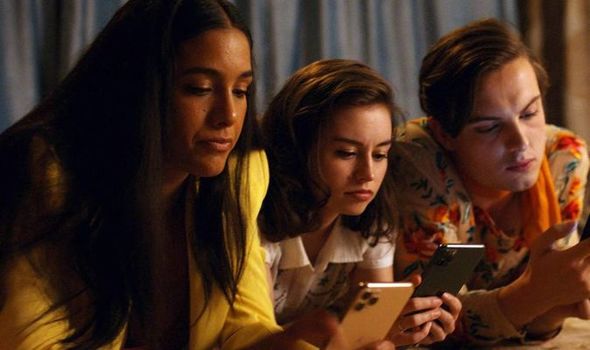 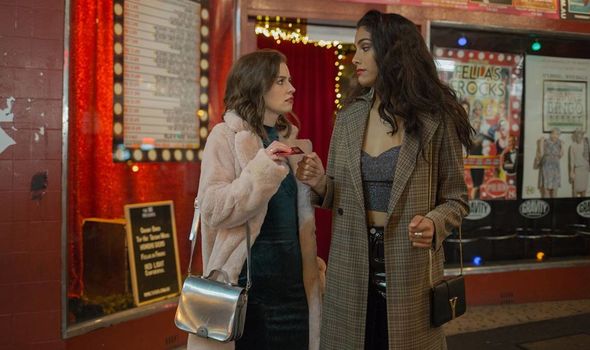 When Express.co.uk asked if any of Why Are You Like This is true, Hum joked: “All of it.”

Higgins then further explained: “It’s actually loosely based on our friendship, we wanted to make a show where it was about what friends talk about.

“But we quickly learned that not everyone speaks exactly like this and if it’s thoughts that they have then they don’t often express them.

“But Hum[yara Mahbub] do and we wanted to see ourselves on screen and by ourselves we mean crazy women.”

From the very beginning, fans can get an insight into some aspects of the writers’ lives. 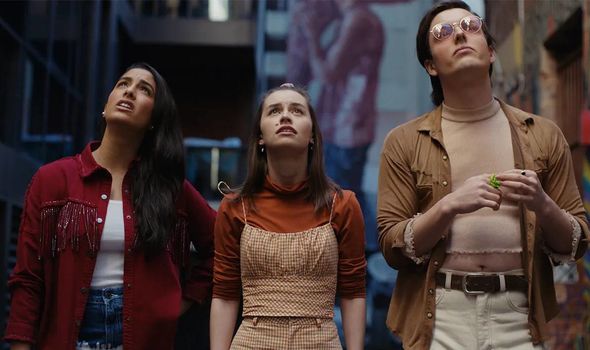 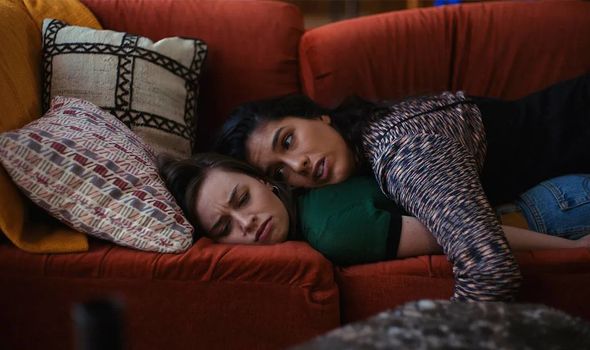 In episode one, Penny is in the middle of an awkward work scenario which Higgins did experience herself.

She continued: “It’s us unfortunately, it’s more exaggerated in the show obviously but I did actually think and imply that one of my co-workers was being homophobic and then I found out he had a boyfriend – that did really happen.”

Hum added: “I got a moon cup stuck inside me, I am the worst Muslim on Earth.

“So most of it is based on real life.”

DON’T MISS…
Superstore season 7: Will there be another series? [RELEASE DATE]
Why Did You Kill Me? Netflix: Who is Jaimie McIntyre? [EXPLAINER]
Shadow and Bone cast: Who is in the cast of Shadow and Bone?  [CAST]

Starring in the series is Higgins who previously wrote for Australian comedy Get Krackin’.

She also worked as a stand-up comedy in Melbourne before turning her attention to television.

King on the other hand has been in Australian shows like Metrosexual and The Real Bushrangers.

As of yet, Why Are You Like This hasn’t been renewed for another season.

Whether or not the comedy will return for more episodes will be down to both ABC and Netflix.

But as season one only came out this month, it is still very early days before any decisions will likely be made.

Why Are You Like This is available to watch on Netflix.