The friends got together at the historic Churchill War Rooms to discuss all things Meghan Markle, Prince Harry, and the Royals.

Recently it was reported Trump labelled the Duchess as “nasty” – a topic Piers was eager to clear up for the President.

Piers asked him outright if he thought Meghan was “nasty” or not, to which Trump replied: “They said some of the things that she said and It’s actually on tape. And I said: ‘Well, I didn’t know she was nasty.’

He went on to add: “You know what? She’s doing a good job, I hope she enjoys her life… I think she’s very nice.”

It seems Piers wasn’t satisfied with the answer, however, as he later went on to press the President even further to clarify his statement.

“She was nasty to me,” Trump defended. “And that’s okay for her to be nasty.

Moving onto other members of the Royal Family, Piers inquired: “Did you get a chance to talk to Prince Harry?” 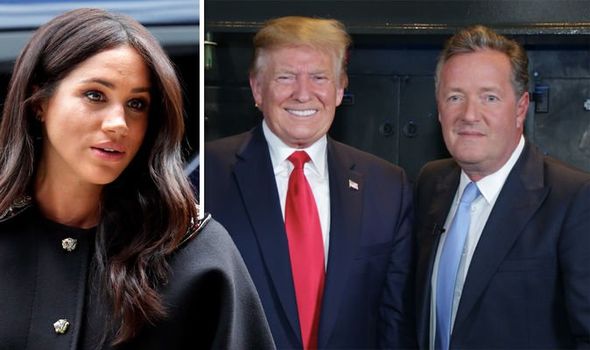 To which Trump responded: “I did, I did and I congratulated him and I think he’s a terrific guy. The Royal Family is really nice.”

Eager to get something juicy from the controversial world leader, Piers piped up once again: “Did he say: ‘Come on – do you think my wife’s nasty?’”

Trump revealed: “We didn’t talk about it… I was going to because it was so falsely put out there.

“And when you see that transcript and you see, it’s the exact opposite of what they said. Did you look at the transcript?”

Trump went on to explain Harry has been “far from frosty”, adding the rumours he didn’t want to talk to the President were “quite the opposite.” 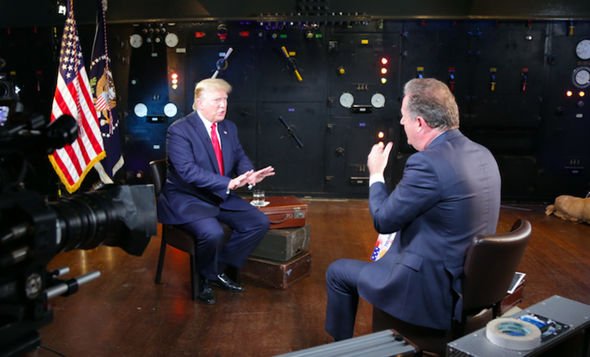 He concluded: “In fact, he spent a lot of time talking to Ivanka and talking to my family.

President Trump has been visiting the UK this week during the D-Day memorial.

During his visit he has attended dinner with The Queen and Prime Minister Theresa May.