Richard, 63, joined Charlotte Hawkins, 44, for today’s edition of Good Morning Britain as Piers Morgan, 53, and Susanna Reid, 48, take a break from the show.

The hosting duo were joined by International Development Secretary Rory Stewart, 46, as the Conservative MP discussed his bid to be the new party leader.

Stewart also spoke about his position on the current Brexit situation unfolding in Parliament, which led Richard to question the MP on a number of issues.

In the midst of his interview on the ITV news show and speaking of Brexit, Stewart told the presenters: “The only way through this is compromise.”

Stewart continued: “And the second thing is to get beyond Brexit, talk about the things we actually care about, talk about what kind of industrial strategy…”

The MP was then interjected by Madeley, who told Stewart “to stick to the compromise,” he was talking about.

Turning to Hawkins, Madeley remarked about him not allowing her to ask a question, much like the long standing joke which occurs between Morgan and Reid when the Life Stories interviewer takes hold of the station.

“I’m sorry Charlotte, I’m doing a Piers here,” the presenter quipped, with his co-host reassuring him he was very welcome to keep questioning.

Later on in the interview, Stewart discussed how he would go about solving the current Brexit deadlock, with the decline extended over the UK leaving the European Union to October 31.

“I would go to something called a citizen’s assembly which is basically a jury of 500 ordinary people.” 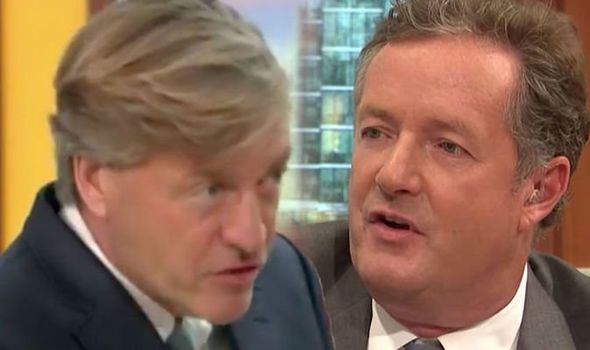 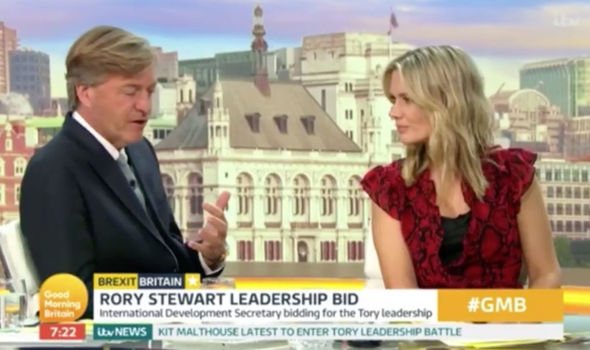 The Conservative party leader candidate continued: “We’d go out to them and they would sit and take evidence in public, sitting seven days a week, and they would talk about the detailed issues of Brexit.

“Hearing from the experts and they would be people chosen from all parts of the country, like a jury, in order to represent the country and then they would make the recommendations back to Parliament.

“The reason this would work, and it worked in Ireland, it solved the abortion debate in Ireland, is when you have a real black and white stand off on an issue like Brexit or abortion where nobody is compromising and no one’s agreeing, you have to get out of Parliament, back to the people and give people who aren’t members of political parties a chance to step back, look at the facts.”

Hawkins added: “Could you not have a second referendum though, that’s what people are saying to take it back to the people to help decide on a vote.

Stewart said: “No, because doing a second referendum in that way is just a black and white choice.” 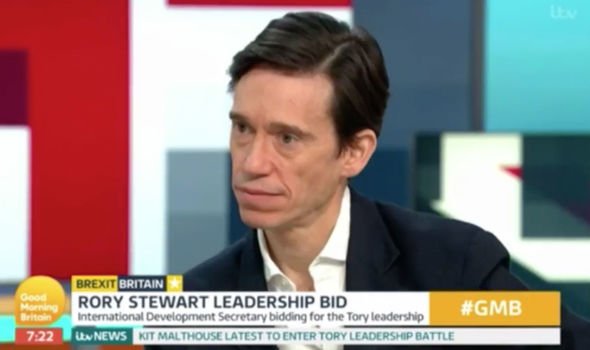 The MP continued: “The point about the citizen’s assembly is that you get into the issues.”

After Hawkins explained anti-Brexit parties were more successful collectively, Farage told the presenter: “No, I’m sorry, this is absolute tosh!

“If you want to look at it that way -“ Farage went to say, with Hawkins interjecting to add: “It’s the facts!”

Piers and Susanna will be replaced for the rest of the week, with Hawkins and Madeley in the hot seats until tomorrow.