Words like “cursed” and “jinxed” are being used after. The latest reports describe three major explosions ripping through the 007 Pinewood studio. The damage was said to be so bad a member of the crew was injured OUTSIDE the set, when part of the roof was blown off. The timing is unfortunate since Craig has only just returned to filming after he injured his ankle and needed surgery following a different stunt mishap.

A report said; “It was utter chaos. “There were three huge explosions and it’s blown part of the Bond stage roof off and some wall panels off the stage.

“A fireball was supposed to go through the set. That was the stunt but something has gone horribly wrong.

“There were three loud explosions, one after another, and a member of the crew was lying on the floor outside the building injured.”

The official Bond twitter account has released a statement but the comments from fans focus on how the production seems cursed, after numerous delays and release date changes. 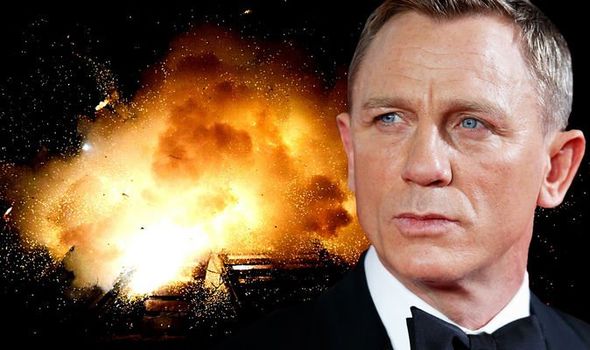 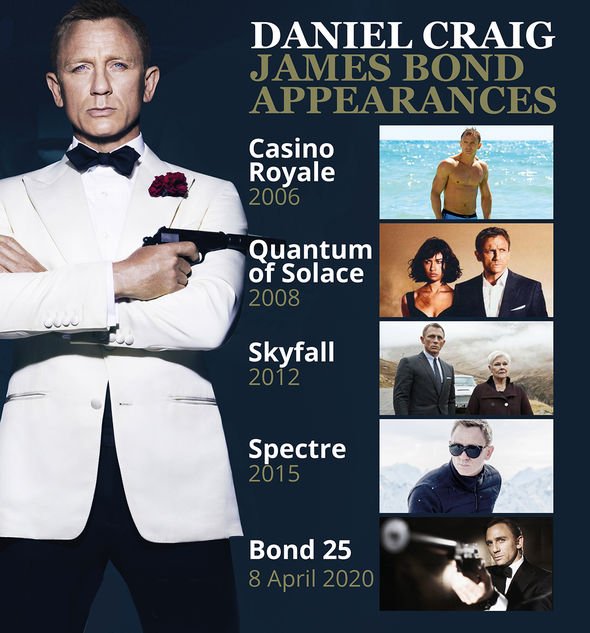 The official statement said: “During the filming of a controlled explosion on the set of Bond 25 today at Pinewood Studios, damage was caused to the exterior of the 007 Stage. There were no injuries on set, however, one crew member outside the stage has sustained a minor injury.”

Although this downplays the severity of the accident, something major must have happened if the outside of the building was damaged and someone was hurt.

The reports describe the injured crew member “crushed” by collapsing pieces of set outside the main set.

The most liked fan comment seemed to sum up the general reactions to the latest news: “This Movie Is Cursed.” 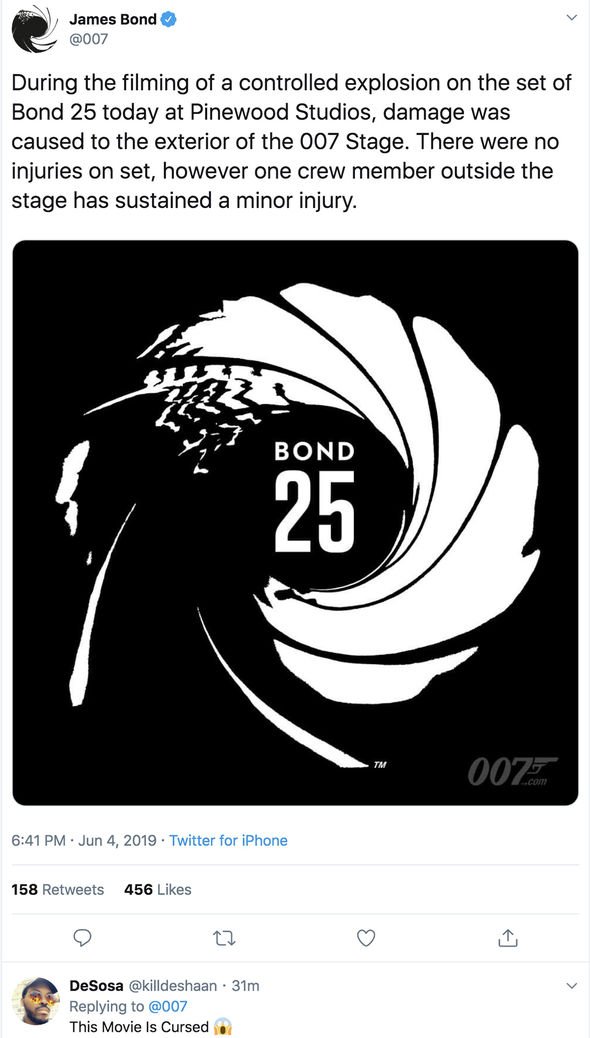 Others echoed the sentiment saying: “Bond 25 seems to be jinxed!” “This really is a cursed production. Hope they are ok.” “This film just seems plagued by bad luck.”

However, another fan pointed out it is just a measure of how large the scale of the production is and how far they are testing their limits: “I’m glad everyone is ok. I don’t think this film is cursed, I think it sounds like everyone involved is putting blood, sweat and tears into it.”

Daniel Craig was spotted recently back at Pinewood after his surgery but there has been no indication he was involved with the events earlier today.

Bond 25 will be Craig’s final outing as the iconic British agent and the star is clearly determined to go out on a high, but hopefully with not quite such a bang.