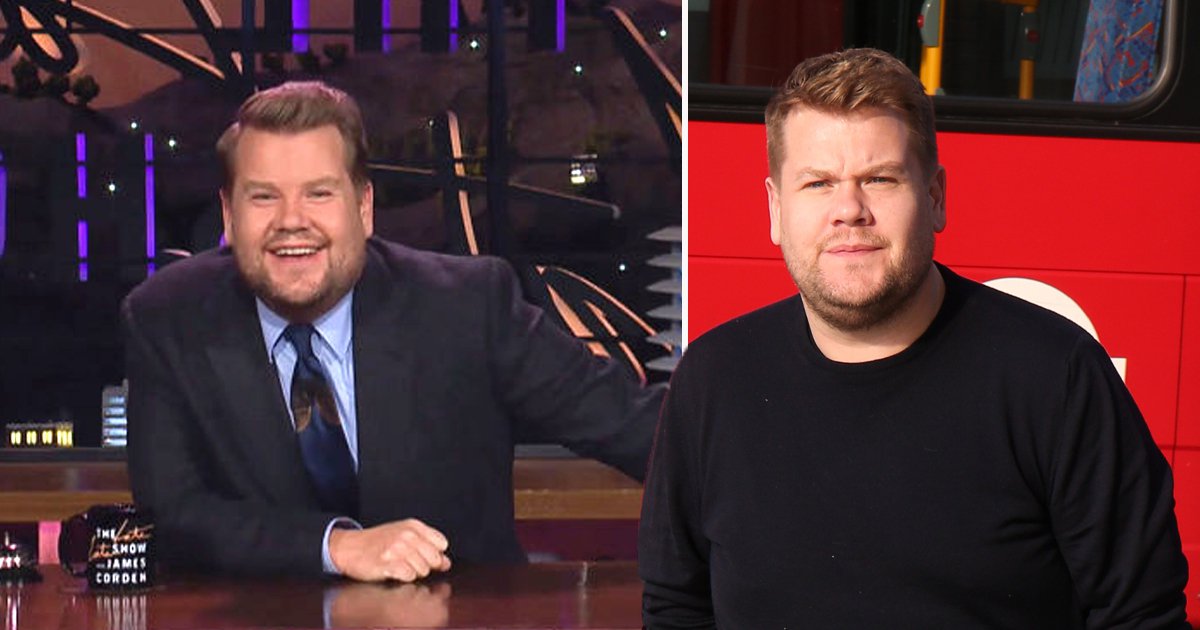 Late Late Show bosses are reportedly attempting to keep James Corden for two more years with a deal worth £7million.

The presenter, 42, is currently on a £4.6million deal until next year and CBS bosses are hoping to convince him to stay longer, the Sun reports.

James has hosted the show since 2014, when he took over from Scottish comedian Craig Ferguson.

The presenter introduced the popular Carpool Karaoke section on the show, which has seen him join the likes of Adele, Paul McCartney, Madonna, Mariah Carey, Stevie Wonder and Ed Sheeran.

A source said: ‘The network love him. They are delighted with his work and reach in that tough late-night slot.’

They added: ‘Previously, James passed on a five-year deal to remain for 24 months, but he has lots more to give and he is very much in the driving seat.’

It comes after James revealed that he and his family are missing living in the UK last year – so much so, that he could quit The Late Late Show when his contract expires and move back.

The Gavin And Stacey co-creator relocated to the US in 2012, but over the course of the coronavirus pandemic has been feeling homesick for England.

‘I have a couple of years to go on this contract,’ James told The Sun’s Bizarre column. ‘Ending the show will always be a bigger family decision than a professional one.

‘It will be about people at home who we miss very, very much, who we are homesick for. I also feel like my wife and I have three young children, and they are three young grandchildren that we’ve taken away from people.’

In the meantime, James looks to be getting back to acting work – most notably with an appearance in the new Cinderella adaptation at Disney, starring alongside James Acaster and Romesh Ranganathan.

He was recently spotted shooting scenes for the new series of Mammals in London.

The actor was seen on set with co-star Melia Kreiling, 30, whose part in the drama is yet to be confirmed.

James’s last foray into acting was the Gavin and Stacey Christmas special two years ago. In May this year he gave the biggest hint yet that the much loved comedy could return, telling BBC Radio 2 that it would be ‘a shame to leave it there’.

Metro.co.uk has reached out to James Corden’s reps and CBS for comment.