James Martin reveals he’s ‘always wanted to be a vet’

During today’s James Martin’s Saturday Morning, the TV chef invited Asma Khan on to the ITV programme where she demonstrated how to cook a traditional Indian chicken and dish. However, throughout the segment, Asma and James jokingly clashed over a number of cooking disagreements. Asma also told James off for the size of his oven and his “fancy” equipment.

The cooking segment began with Asma explaining the dishes that she was going to make.

The first disagreement between the two chefs came about when Asma told James never to cook with chicken breasts.

“Never ever?” he quizzed.

Asma simply replied: “Never, because the thing is, the spices don’t penetrate through.” 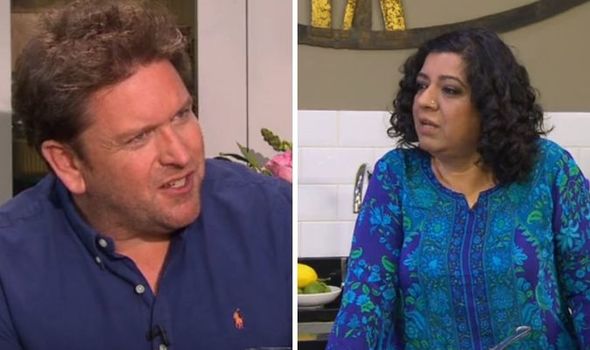 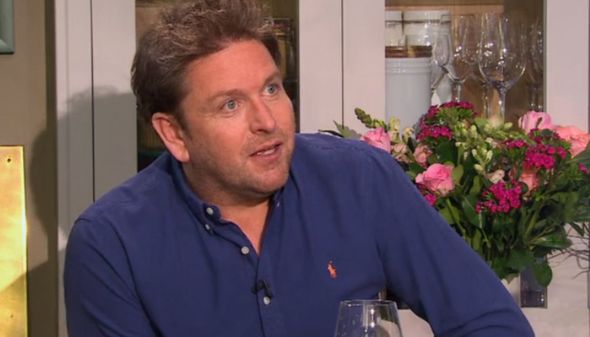 James went on to ask what she did with the left-over chicken. He continued: “You’re left with loads of chicken breast.”

Asma joked: “You can boil it and make it into a sandwich.”

Asma’s comment left James in fits of laughter as she continued: “When you’re using spices it doesn’t penetrate through [to the chicken] and it’s left dry.

“I am going to add butter when I marinate it, but it’s important you have moistness.” 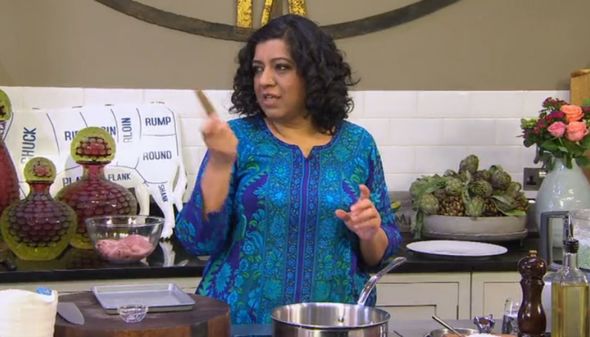 Later, Asma also corrected James on the type of curry leaves he should use for the chicken dish.

“Don’t use the dried ones,” she jokingly scolded. “They’re dead.

“They have no flavour and they are a waste of your time.”

“Anything else in mind?”

Towards the end of the cooking segment, Asma was taking the chicken out of the oven to serve it, when she and James lightheartedly clashed again – this time over the size of his oven.

“What size of oven is this?” she asked.

Asma continued: “It’s huge. God, I can hardly reach it.”

Elsewhere in the programme, James told one viewer called Claire that he has always wanted to be a vet.

In the segment where James was answering viewers’ cooking questions, the host spoke with vet Claire who wanted to know how to create the perfect dish using coconut flour and sugar.

After discovering that Claire works in a veterinary practice, James confessed that being a vet is a job he would still love to do.

“You work in a vets don’t you?” James asked.

To which Claire replied: “I do yeah, I am deputy practice manager in a vets in Doncaster.”

James continued: “I’m going to let you into a story, I have always wanted to be a vet. Always.”

James Martin’s Saturday Morning returns on Saturday at 9.25am on ITV.