Machine Gun Kelly and Connor McGregor almost came to blows on the red carpet last night after the MMA champ allegedly "hurled a bottle" at the singer. 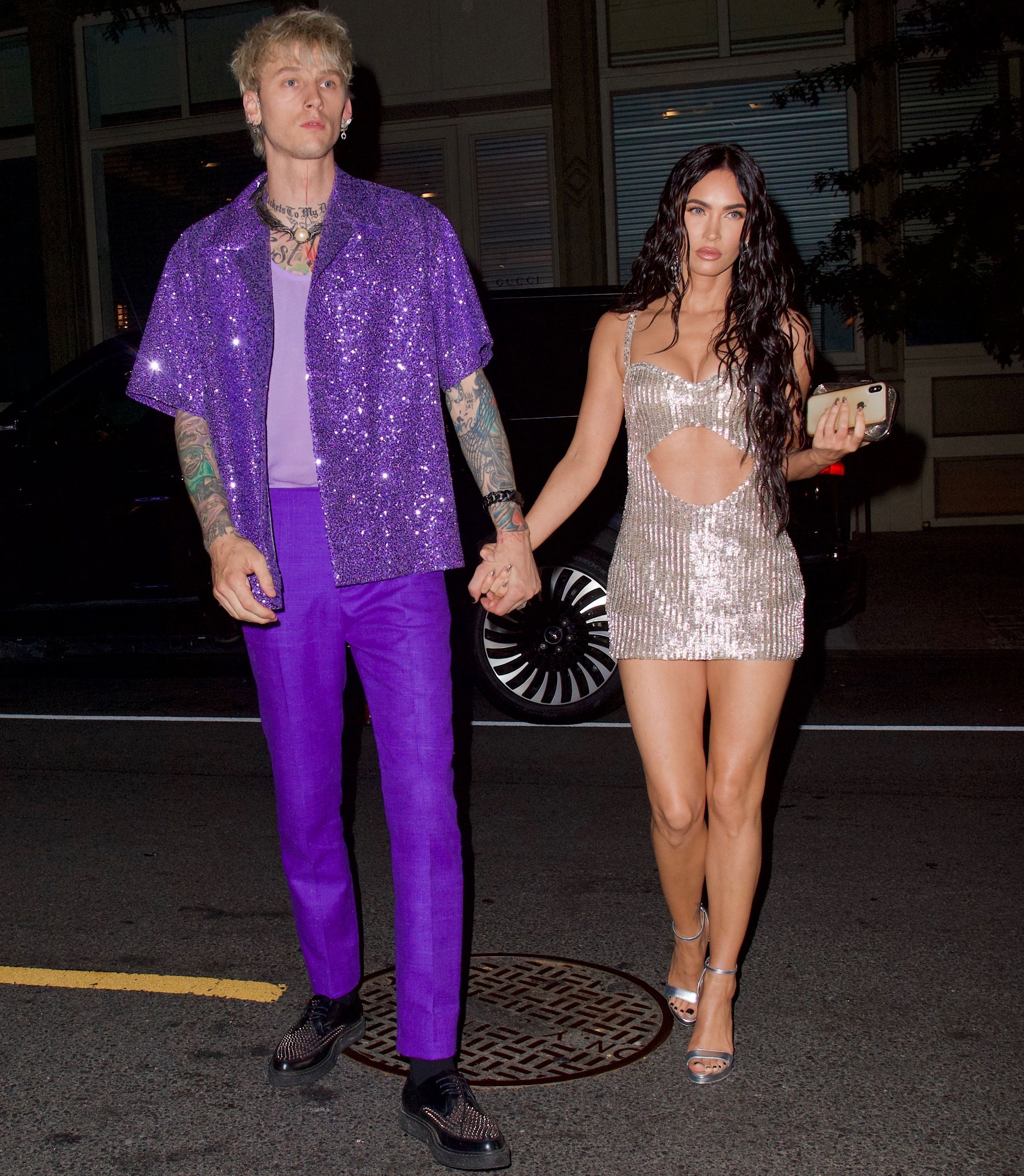 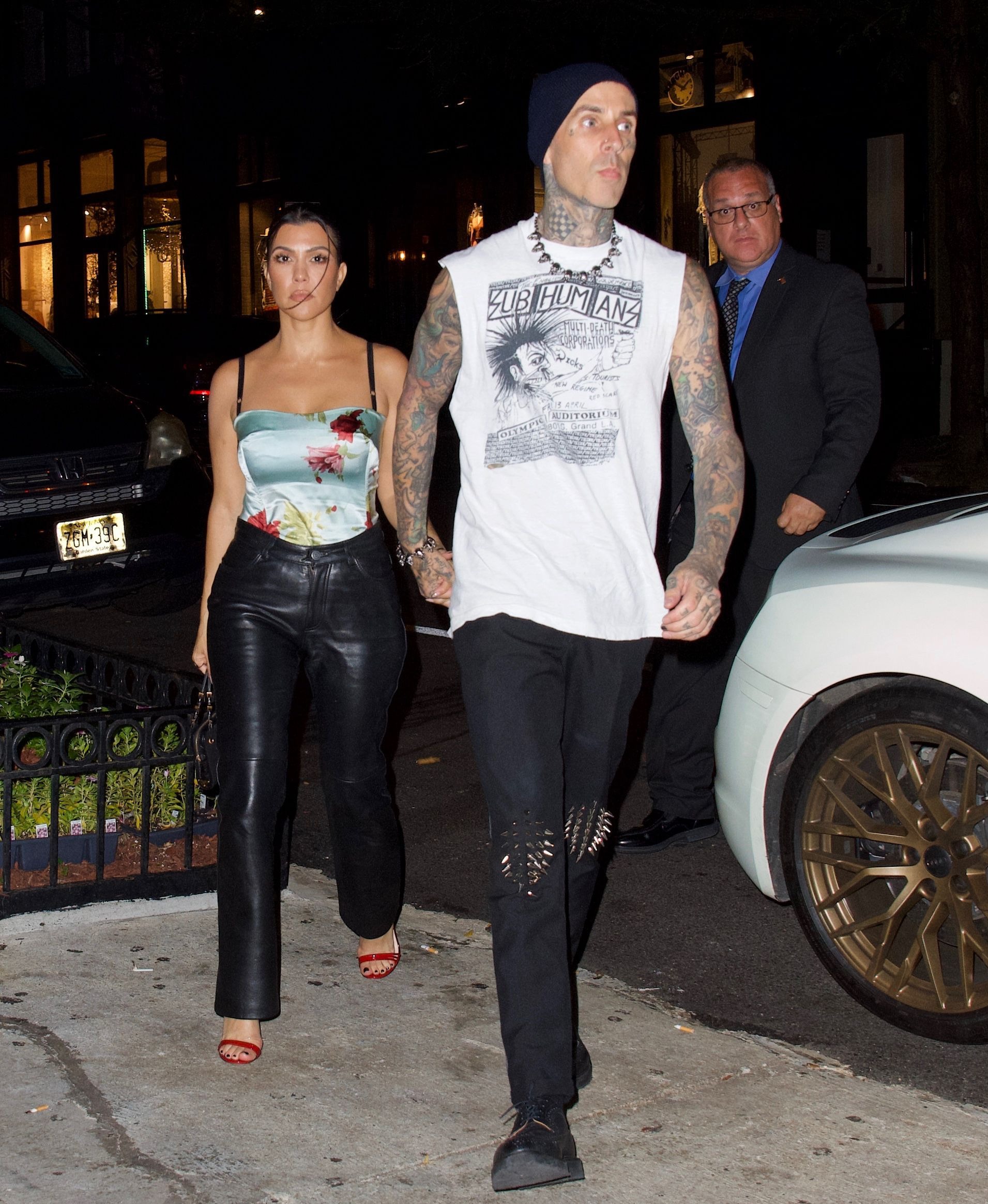 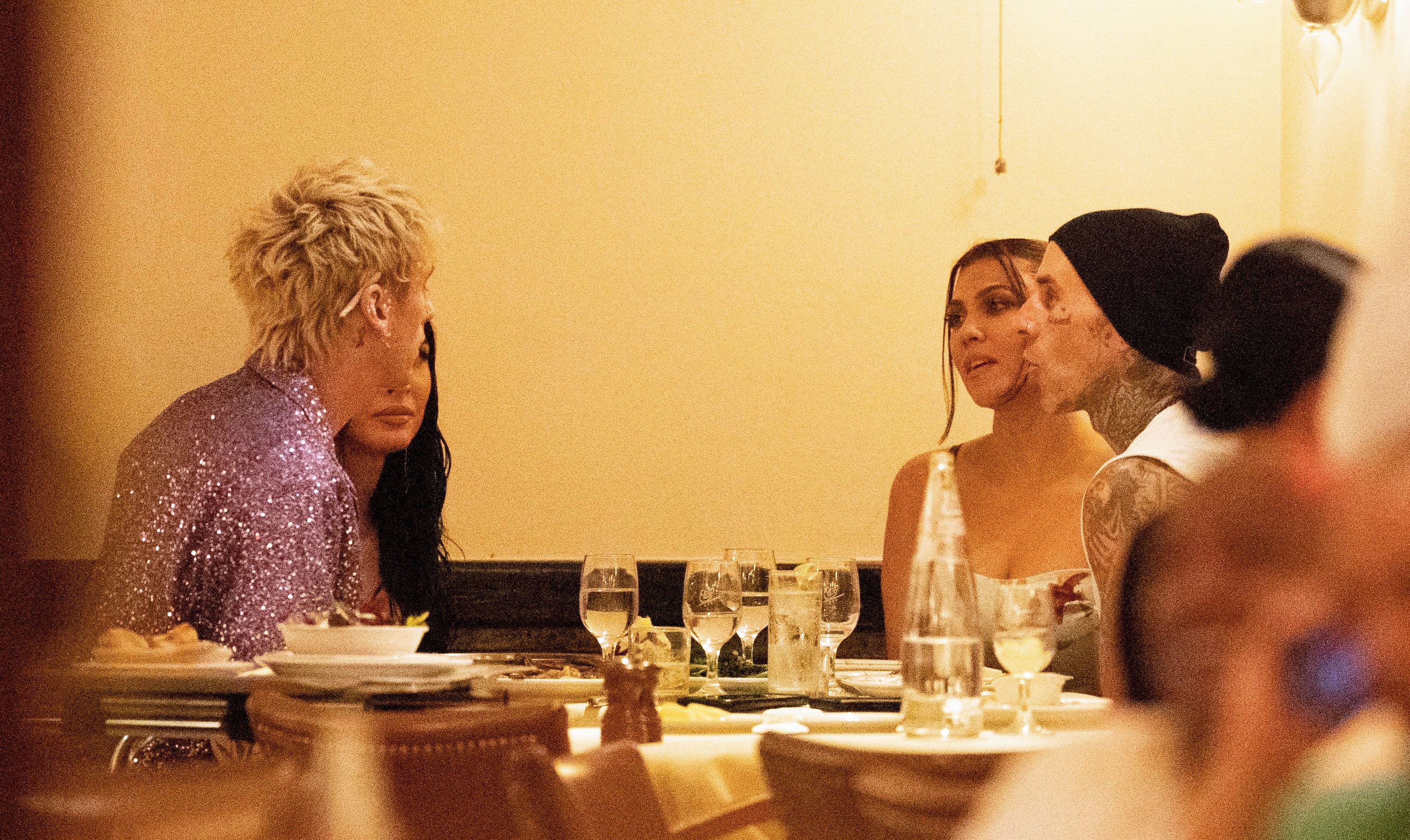 But the musician and actress Megan were keen to put the drama behind them as they dined with reality star Kourtney, 42 and her rapper boyfriend Travis.

The famous faces stepped out for a slap up meal at swanky restaurant in New York.

They were spotted deep in conversation but appeared in good spirits as they chatted.

In one photo, MGK is seen speaking to Travis and Kourtney, as Megan looked on.

In another photo, the KUWTK star had a relaxed conversation with the rapper.

At one point, MGK and Megan appeared to clink their glasses together in a toast.

The celebrity pals looked sensational as they left the Barclays Center in Brooklyn on Sunday night.

The 35-year-old Transformers star and the 31-year-old rapper beau changed into some showstopping ensembles for their outing.

Megan opted for a sparkling silver mini dress with a large cut-out at the front.

She completed her stunning look with a pair of silver open-toe stilettos andcarried along a matching silver clutch.

MGK donned a sequined violet shirt an and purple pants, which he wore earlier in the evening.

The stunning pair paused to pose for snaps while they headed out for dinner with Kourtney and Travis.

Travis wore a vest top with a logo of the UK punk band Subhumans and pair of black trousers with silver stud details.

The Blink-182 drummer held Kourtney's hand as they made their way to the restaurant.

Earlier in the night, MGK and boxer Conor McGregor shocked fans as they almost came to blows.

An eyewitness told TMZ that Conor, 33, asked MGK, 31, for a photo but he refused, and it escalated into the actor shoving the UFC fighter.

Conor reportedly stumbled and spilled his drink before throwing the rest of it at MGK and his girlfriend Megan Fox – who earlier stole the show in a completely sheer dress.

A separate source told Page Six: "They scuffled then it settled down and Conor went for him again."

Another eyewitness told the website that security had to get involved and “everyone was screaming.”

“[McGregor] was ready to throw fists,” they said, adding, “Security was having trouble holding him back.”

The stars' entourages appeared to try to keep the duo apart but ended up scuffling themselves.

Conor was reportedly escorted out of the venue briefly but made it back in time for the start of the ceremony.

A rep for Conor denied the claims and told The Sun that the Irish star "did not instigate the incident, was never kicked out of the building and is inside enjoying the show." 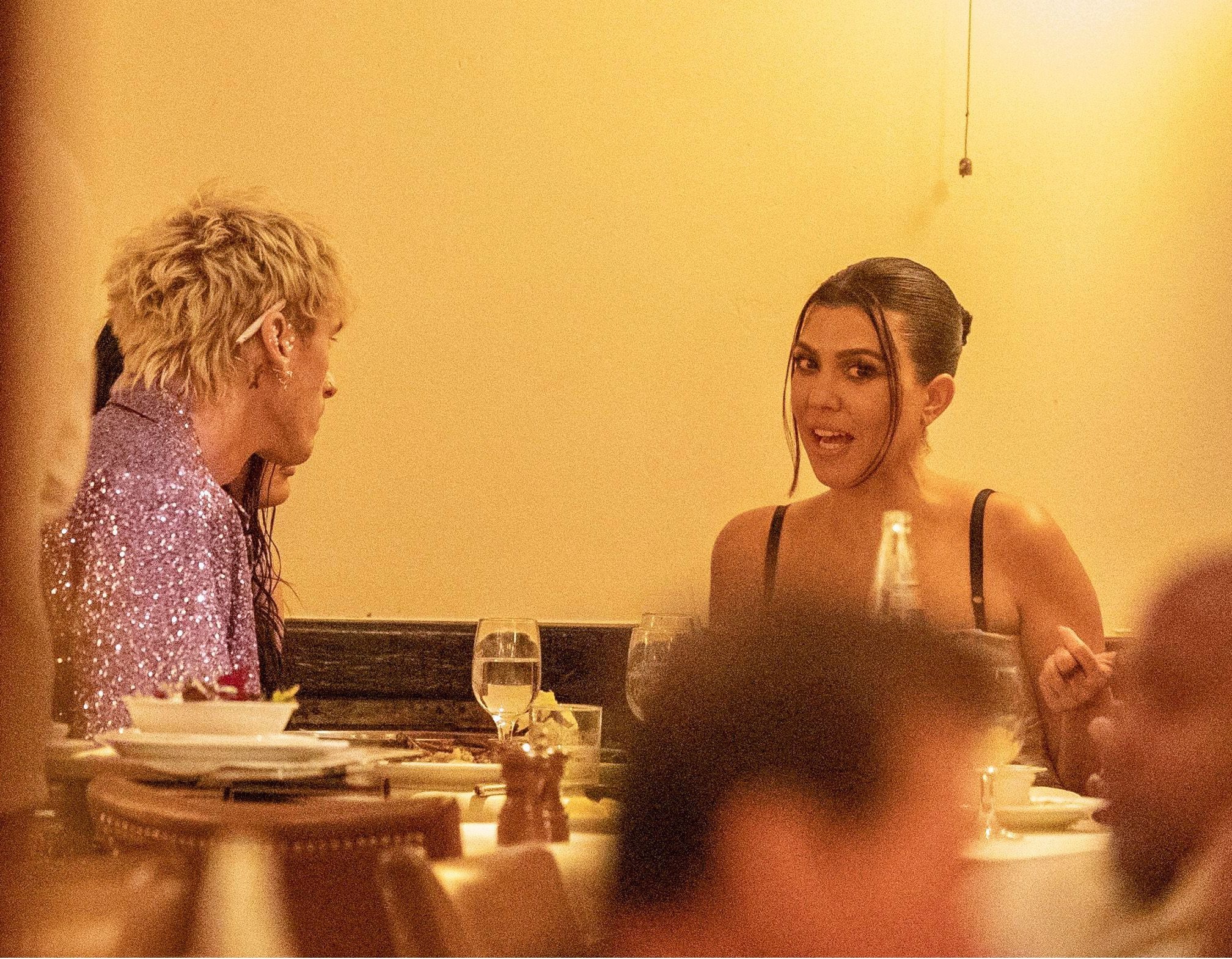 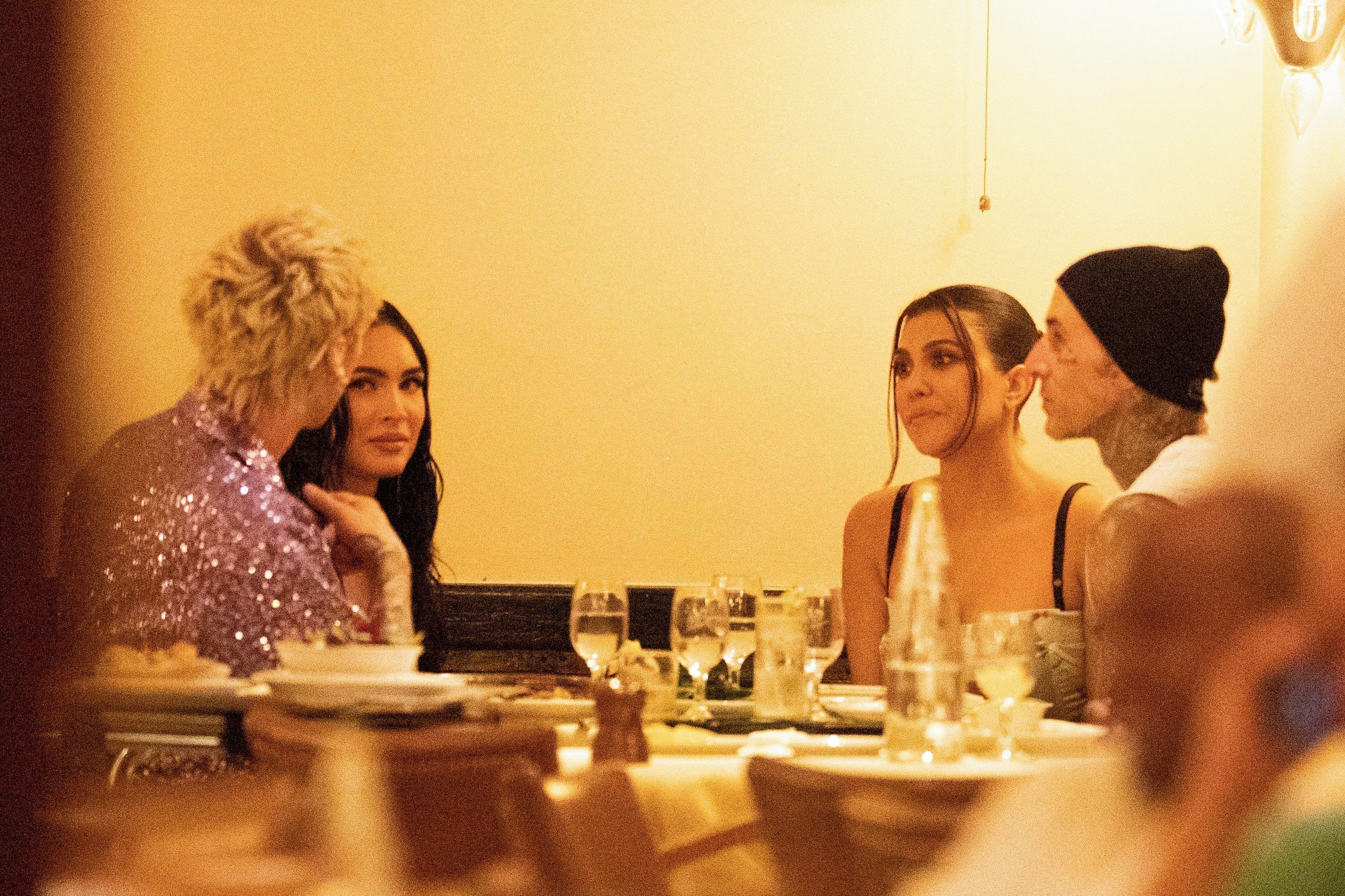 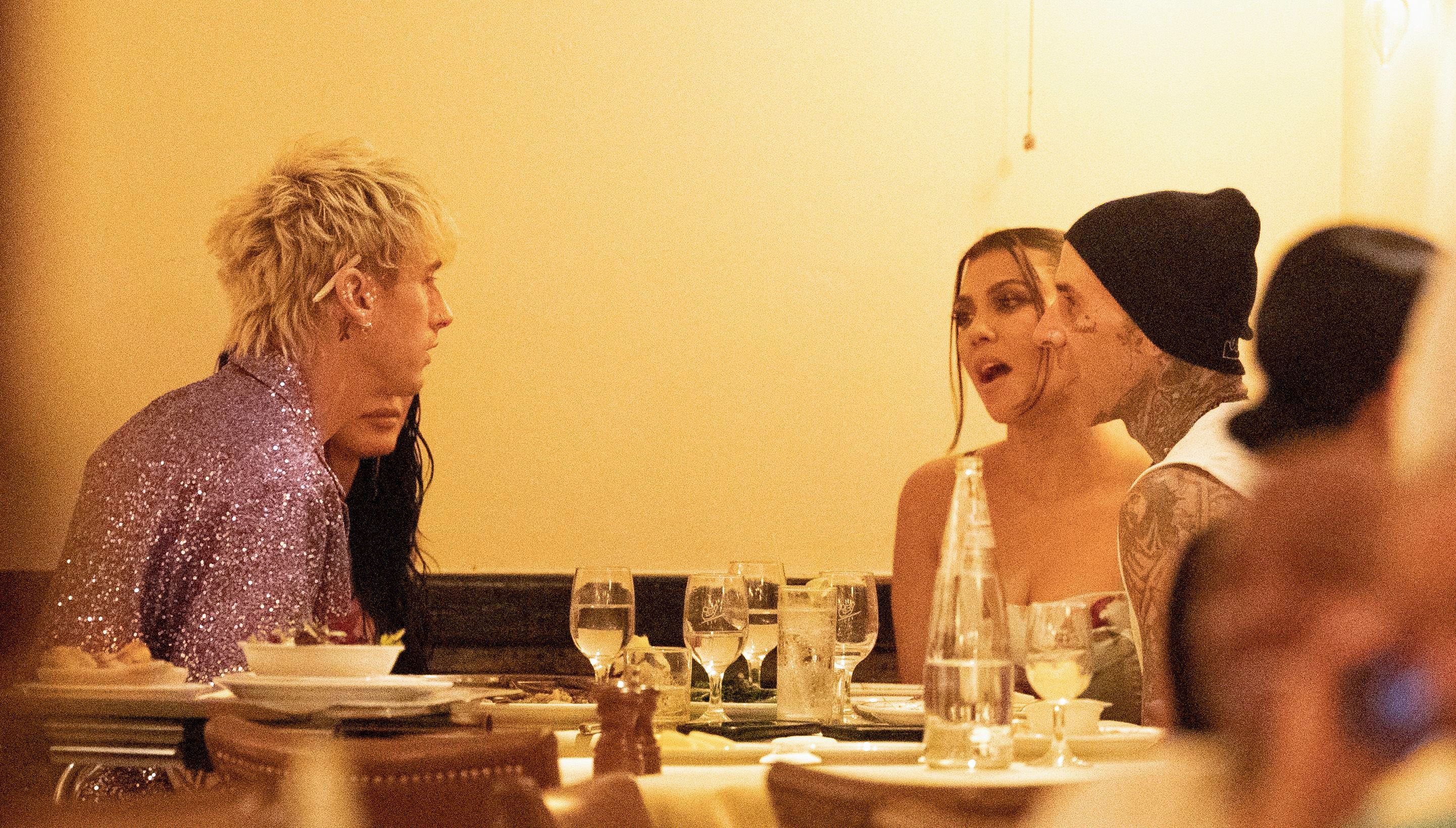