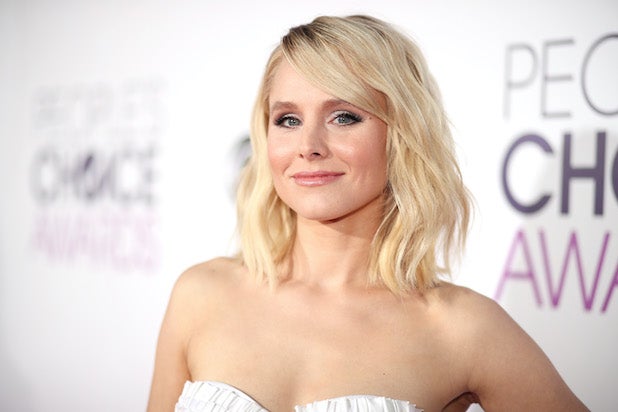 “The Good Place” alum will lead the eight-episode show, which focuses on Anna, a woman who thinks she has witnessed the murder of an attractive man who lives across the street.

Here’s the official description for “The Woman in the House,” which was created by Ramras, Davidson and Dorf:

“For heartbroken Anna, every day is the same. She sits with her wine, staring out the window, watching life go by without her. But when a handsome neighbor moves in across the street, Anna starts to see a light at the end of the tunnel. That is until she witnesses a gruesome murder… Or did she?”

Ramras, Davidson and Dorf will serve as co-showrunners on the limited series. Additional executive producers include Will Ferrell, Jessica Elbaum, and Brittney Segal for Gloria Sanchez Productions and Bell. “Buffy the Vampire Slayer” and “Sharp Objects” vet Marti Noxon is a creative consultant.

“The Woman in the House” marks Bell’s first live-action TV role since her heavenly NBC comedy “The Good Place” came to an end in January 2020 after a four-season run.

She voiced Molly on the first season of the Apple TV+ animated “Central Park,” but stepped down from the role in June, with co-creators Loren Bouchard, Josh Gad and Nora Smith saying they would recast the mixed-race character with a Black or mixed-race actress actress and that Bell would take on a new part in Season 2. Emmy Raver-Lampman was cast as Molly the next month.